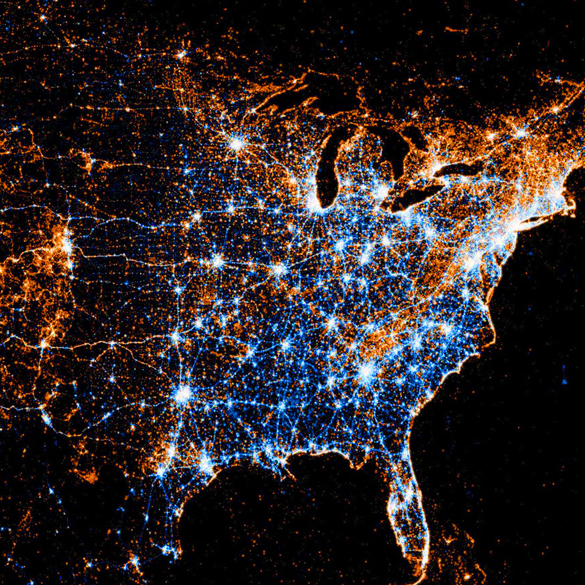 “Logic may indeed be unshakeable, but it cannot withstand a man who is determined to live. Where was the judge he had never seen? Where was the High Court he had never reached? He raised his hands and spread out all his fingers. But the hands of one of the men closed round his throat, just as the other drove the knife deep into his heart and turned it twice.” – Franz Kafka, The Trial

In a bizarre and ludicrous attempt at “transparency,” the Obama administration has announced that it asked a secret court to approve a secret order to allow the government to keep spying on millions of Americans, and the secret court has granted its request.

Late on Friday, July 19, 2013, the Foreign Intelligence Surveillance Court (FISC)—a secret court which operates out of an undisclosed federal building in Washington, DC—quietly renewed an order from the National Security Agency to have Verizon Communications hand over hundreds of millions of Americans’ telephone records to government officials. In so doing, the government has doubled down on the numerous spying programs currently aimed at the American people, some of which were exposed by whistleblower Edward Snowden, who temporarily pulled back the veil on the government’s gigantic spying apparatus.

As a sign of just how disconnected and out-of-touch with reality those in the Beltway are, National Intelligence Director James Clapper actually suggested that declassifying and publicly disclosing the government application was a show of good faith by the government. The order, submitted by the federal government and approved by the FISC, is set to expire every three months and is re-approved without fail. This is the bizarre logic which now defines American governance: it doesn’t matter if we spy on you without your consent, so long as you know that we’re doing it, and so long as we give the impression that there is a process by which a court reviews the order.

Ironically, the seeds for this brave new world were planted in an attempt to reform the ludicrous mantra of the Nixon administration that “if the president does it, it’s not illegal.” In the aftermath of the Watergate incident, the Senate held meetings under the Church Committee in order to determine exactly what sorts of illicit activities the American intelligence apparatus was engaged in under the direction of Nixon, and how future violations of the law could be stopped. The result was the passage of the Foreign Intelligence Surveillance Acts (FISA), and the creation of the FISC, which was supposed to oversee and correct how intelligence information is collated.

Fast forward to the present day, and what we see is that the alleged solution to the problem of government entities engaging in unjustified and illegal surveillance has instead become the main perpetrator of such activities.

When FISA was passed in 1978, it provided for a court of seven federal judges from seven different federal circuits who would serve for seven years. The judges on the FISC are appointed by the Chief Justice of the Supreme Court and may only serve once. The USA PATRIOT Act, however, increased the number of judges to 11, and altered the standards under which the government could engage in surveillance.

If a judge were to reject an application, for example, that judge would have to immediately write a report detailing every reason for the rejection, then transmit the report to a 3-person court of review. If that court finds that the application was properly denied, it must also write a report, which is then subject to a writ of certiorari by the Supreme Court. However, no reviews are necessary if an application is granted. This bias towards approving applications has played out predictably over the history of the court: out of 33,949 total applications, only 11 have been denied. Out of those 11, at least four were granted partial warrants later.

Deference to government requests for surveillance has only been exacerbated since 9/11. Before the PATRIOT Act was passed, collection of foreign intelligence information had to be the sole or primary purpose of the surveillance. However, after the PATRIOT Act, collecting foreign intelligence information merely had to be a “significant” part of the surveillance. The PATRIOT Act also allowed for a “roving wiretap,” which meant that government agents no longer had to designate a particular number or line to be bugged. This has led to the government forcing telephone and internet providers – some willingly and some not so willingly – to hand over vast troves of information on American communications.

Unnamed officials familiar with the inner workings of the FISC have noted that the Court’s mission has vastly expanded in the past few years, from simply granting warrants for surveillance to settling constitutional questions about surveillance in classified decisions, some almost one hundred pages long. For example, the FISC has gone so far as to determine that the Fourth Amendment requirement for a search warrant does not apply when it comes to the NSA collecting and analyzing data of Americans’ communications.

To make matters worse, the only party represented before the Court is the government, and the Court’s decisions are rarely made public. It’s unclear if the corporations which are readily sharing Americans’ communications data are even authorized to appear before the court. Appeals are rare, and none has ever made it to the US Supreme Court. Furthermore, customers of the big telecoms whose data is being collected by the federal government do not have standing to challenge FISC rulings.

In truth, the FISC has basically become a parallel Supreme Court, but one which operates in almost total secrecy. As the editorial board of the New York Times has pointed out, even if the Court is operating completely within the bounds of established law when approving hundreds of requests for surveillance each year, “the public will never know because no one was allowed to make a counterargument.”

The biases of the Court are exacerbated by the fact that since judges only serve seven-year terms, they are usually all chosen by the same Chief Justice of the U.S. Supreme Court. Currently, every single FISC judge has been appointed by Chief Justice Roberts. Furthermore, all but one are Republicans. Roberts also appointed all three members of the Court of Review, which hears appeals to FISC decisions. Thus, the Electronic Privacy Information Center’s (EPIC) emergency appeal to the U.S. Supreme Court to end the NSA surveillance program is likely to fall on deaf ears.

Justice James Robertson, who served on the FISC from 2002 to 2005, has strongly condemned the power of the Court, claiming that it has become an “administrative agency, which makes and approves rules for others to follow. That’s not the bailiwick of judges. Judges don’t make policy.” Yet in the bizarre bureaucratic nightmare we have created for ourselves, that is exactly what they do.

The runaround and circular logic of the courts, Congress, the intelligence agencies, and the White House calls to mind Franz Kafka’s various depictions of bureaucracy gone mad, which have colored our civilization’s understanding of the shortcomings of a government which is only accountable to itself. As Bertolt Brecht wrote, “Kafka described with wonderful imaginative power the future concentration camps, the future instability of the law, the future absolutism of the state Apparat.”

One of Kafka’s most famous novels, The Trial, tells the story of Josef K., an ordinary middle manager who one morning awakes to find himself accused of a terrible crime – a crime which is too awful for his accusers to speak of. While at times absurdly funny, The Trial is ultimately a frightening depiction of what it means to live under a regime which operates on a circular logic that prevents outsiders, including those subject to its rule, from understanding – let alone challenging – the rules of the game, and who is making them.

Legal scholar Daniel J. Solove has expounded upon this metaphor, pointing out that:

The problems captured by the Kafka metaphor… are problems of information processing–the storage, use, or analysis of data–rather than information collection. They affect the power relationships between people and the institutions of the modern state. They not only frustrate the individual by creating a sense of helplessness and powerlessness, but they also affect social structure by altering the kind of relationships people have with the institutions that make important decisions about their lives.

Josef K’s plight, one of bureaucratic lunacy and an inability to discover the identity of his accusers, is increasingly an American reality. We now live in a society in which a person can be accused of any number of crimes without knowing what exactly he has done. He might be apprehended in the middle of the night by a roving band of SWAT police. He might find himself on a no-fly list, unable to travel for reasons undisclosed. He might have his phones or internet tapped based upon a secret order handed down by a secret court, with no recourse to discover why he was targeted. Indeed, this is Kafka’s nightmare, and it is slowly becoming America’s reality.