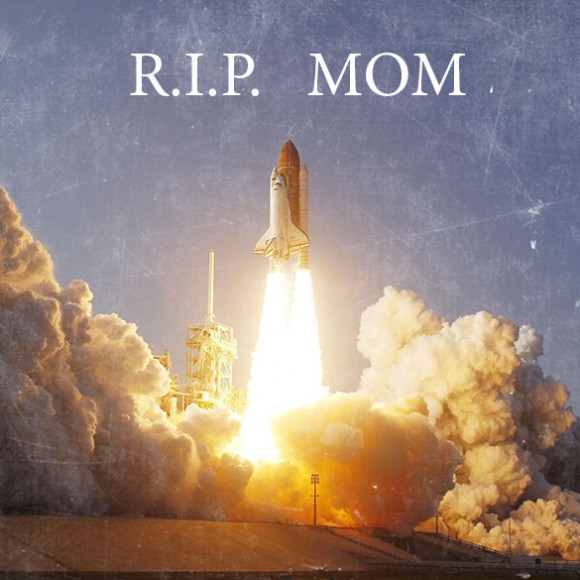 My Mother once told me that all the stars in the night sky were the dead souls of all the people who had ever lived in the history of mankind, and that they hovered above looking over the people whom they loved and cared about. On the day she died, this little nugget of wisdom was the last thing on my mind. Ben Garrison, our family lawyer, handed my father the last will and testament of my mother. We were standing in a wood paneled corridor outside the room my mother had passed away in not two hours ago. The sun shone from the high windows casting a heavenly glow into the corridor. I had no desire to read my mother’s will, but my brother Paul wanted to get it over with, and then he said he could begin with the grieving process.  As usual, my father agreed with Paul. My father opened the document folder and shifted though the sheets of paper.  My mother’s wealth was to be divided between the three of us, my father got 50% and the rest was split between me and Paul. My father carried on reading parts of the will.  My brother Paul walked back and forth, I stood and leant on the wall, looking at the quivering light playing on the ceiling, probably being caused by a fountain, or rain puddle outside.

“I don’t believe it,” my father said suddenly.

My brother Paul stopped pacing and marched over.

“What is it dad?” he said, placing a hand on my father’s back and peering over his shoulder.

“Boys, your mother’s gone and done something rather rash, not like her at all.” He handed a few pages to my brother Paul.  I watched as he read it and then rolled his eyes to the ceiling and kind of huffed, like he thought it was actually so typical of my mother to be difficult in a time of despair. He passed the papers over to me.

On one page titled ‘What to Do with My Body’ my mother had left clear instructions about her funeral arrangements.

“Paul,” said my father as I was still reading, “Catch up with Ben Garrison before he leaves.” My brother hurried up the corridor to find our family lawyer.

“What are we going to do?” my father asked me.

I slid down on the floor and read the document fully.  My mother, housewife for forty years and lover of game shows, bridge, and romance novels, had left a check for a million dollars to a Dr. Imam Barlam, a leading scientist at NASA.  The check was attached to a bunch of other papers all signed by my mother and co-signed by Dr Barlam.  Their relationship was not at all personal, there was no secret love affair, the million dollars she’d left him was strictly business.

“What’s going on?” Ben Garrison shouted as he approached with my brother Paul tailing behind him.  My father snatched the papers from me and handed them to Ben.

“Oh dear,” said Ben after a brief scan of the documents.

“Did you know about this Garrison?” my father asked accusingly.

“I certainly did not.” My father calmed himself and offered an apologetic smile to Ben.

“Anything we can do? I will pay the earth not to let this happen,” said my father.

“I will take look into it, but I’m afraid there might not be anything to do. After all, this is what she wanted, and it looks as though her purchasing power far outweighs your own.”

My family and our lawyer stood in the corridor knowing there was nothing we could really do.

Two days, and a number of connecting flights later, my father, my brother Paul and I were at Cape Canaveral, Florida, jetlagged and still in the same clothes from the day my mother had died. Far out in the distance, though the hazy, sunshine stood an immense NASA rocket, held upright by looming towers and maze-like stairways.  Its engines quivered and shook the earth, the heat coming from the thing made the air quiver. We were sitting in the stands surrounded by ticket winners, senators and retired astronauts. Everyone had commemorative binoculars, and my father kept his firmly up to his eyes in order to hide the tears welling up in them. My brother Paul stood behind me with his hand on my shoulder. I sat with my whole back tense; his touch was not unlike a scalding hot iron pressing on my jacket.  A voice rang out over the speakers situated in and around the stands.

“Ten minutes to launch, ladies and gentlemen please be seated.”

My father was composed enough to remove the binoculars from his teary eyes and take a drink of water from a commemorative glass.

“Boys, just to let you know, you will never have to do this again.  When I pop, simple and quiet is all I want, you understand?” He smiled, then a tear rolled down his cheek.

“You got it,” said my brother patting my shoulder. I did not say anything; I could not think about my father dying as well, not at this precise moment.

The engines from the rocket kicked in a little harder and the ground rumbled underneath us.

“You know boys, your mother never spoke about wanting to go into space, never said a word.” My father raised his binoculars back to his eyes and bit on his lip.

“I took her to see 2001: A Space Odyssey once, she fell asleep during the ape scene,” he added with a smile.

The engines again rocked the earth and made the seats underneath us shake.  A waiter, shocked by the turbulence, dropped a tray of white wine, luckily missing the other guests.

“Two minutes to launch. We will begin the countdown at ten seconds,” said the voice over the speakers.

My brother Paul began saying a few prayers under his breath, his hand still burning into my shoulder as he spoke a verse. Huge plumes of grey smoke began rising from the ground and the air filled with a sickly diesel smell. The roar from the engines increased louder and although I could make out the countdown happening it was drowned out by the sheer volume. I looked at my father, he was  a picture of calm, he could have been standing in a peaceful meadow contemplating the Earth.  He’d closed his eyes, little pockets of tears just resting on the edges of his eyelids; the binoculars rested by his side and he breathed in the fuming air like it was an ocean breeze. My brother Paul rocked back and forth his hand getting tighter on my shoulder as he steadied himself. The rocket took off and for a split second it seemed to just hover above the ground, looking like it would just tip over like a unbalanced pencil.  We all watched as the rocket gained momentum and shot into the sky like a silver bullet, trailing a perfect white vapor behind it.  I, and what was left of my family, watched as my mother was sent into space, never to return. After only a few minutes the rocket was gone from sight, a trail of dissipating vapor leading its way into the clear blue sky was all that was left.

“What now?” asked Paul, finally taking his hand from my shoulder.

“Now we just wait, and get some rest.”

And that’s what we did.  Days passed by as the rocket docked with a Russian space station that was orbiting the Earth.

“She’s gone over to the Communists now. She’s in league with the Reds!” my father half joked.

After a few days of resting, finally all the arrangements were in place.  We sat in the main control centre with little headphones in our ears and watched a grainy black and white screen beam live footage of a Russian Cosmonaut unzipping the sliver body bag my mother had been carried into space in. He did it gently and there appeared my mother, dressed in her best navy blue pantsuit, floating dead in the capsule at zero gravity, her hair sprayed into place. A priest said a few words in the main control centre as the Cosmonaut hung to the ceiling of the capsule and tried to stop my mother floating away. The ceremony ended with my father, who’d had only a few days to construct a speech whilst my mother was being transported from rocket to station. He did his best under the circumstances and with the overwhelming sense of confusion he must have been experiencing.  He must have asked himself, as I had, did we really know her? Was she really some Star Trek geek?  The Russian in his protective spacesuit and helmet opened the capsule door and held my mother in his arms as he leapt and glided gracefully into the vacuum of space. He began to say something in his native tongue, that was only half translated by the headset before someone wised up and stopped the feed. Clearly the Russian thought this was as nuts as we all did. He held my mother close in his arms, she looked like a small child, curled up and fragile.  He let her go, and my mother floated away from him slowly, the shimmering blue earth underneath her. Then like someone just yanked a ripcord she went spinning away from the Russian and was gone from view in a split second.

“Will she be ripped apart? Will she be alright?” cried my father to anyone willing to answer.

“She will be fine,” said a reassuring voice from a computer console lost amongst the beeps and echoes. “It looked more extreme than it was,” the voice added.

My father blew out a sigh of relief. So there she was, my mother, the housewife of forty years, lover of game shows, bridge and romance novels spinning wildly out of control in our Earth’s upper atmosphere. Now all we had to do was look up and there she was, forever watching over us, a star in the night sky.

One Response to A Death in the Family