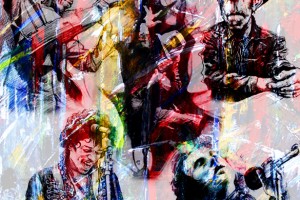 After years of waiting, Happy Dunbar once again had what he referred to as the feeling. It was a sense – a frisson, as an old French girlfriend once described it – that he had gotten only a few times in his life. That, he understood, was why he could vividly remember each and every instance. The first came when, as he often joked later, he integrated a black church in Newark, where a visiting minister named Solomon Burke – known in the secular world as The King of Rock & Soul – filled not just the building, but also Happy’s needy soul, with a belief in the healing power of music. In those days, Happy, who had yet to acquire his music biz moniker, was rarely the least bit happy.