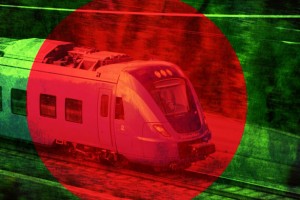 Not so long ago I used to commute by train from Philadelphia, Pennsylvania (where I lived) to Wilmington, Delaware (where I worked). It was not the most pleasant commute. Most of the land adjoining the tracks was unkempt, and Winter, Spring, Summer, or Fall, the view beyond the tracks was uniformly drab.

Between Philadelphia and Wilmington were several stadiums and arenas – the largest of which could seat more people than lived in Philadelphia during the War of Independence, which was fought at a time when Philadelphia was the second largest English-speaking metropolis in the world.