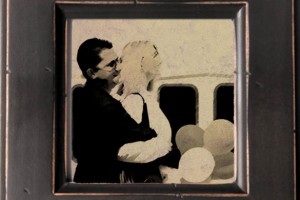 Ever took the stairs slowly, each step getting a bit harder than the last to hoist up her hundred-pound body. She ached down to the bone and knew that if she stopped moving, she’d probably fall asleep on her feet and end up in a heap at the bottom of the stairs. She didn’t get it. It had been two weeks, and neither the fatigue nor the pain had subsided. She grasped the cool, iron railing, pulling herself up the stairs by her arms now, letting the burning ache fill them. Why the hell was the elevator in this building still broken?
“What are you doing?” she heard, and jerked her head upwards to see Lindsey staring at her. She hadn’t even known someone was there, making it easy for him to spot her first. He was standing on the landing just a few steps above her, his hand still on the railing. He’d obviously been watching her a while. She looked at him, seeing his incandescent blue-green eyes grimace and scrutinize her over.