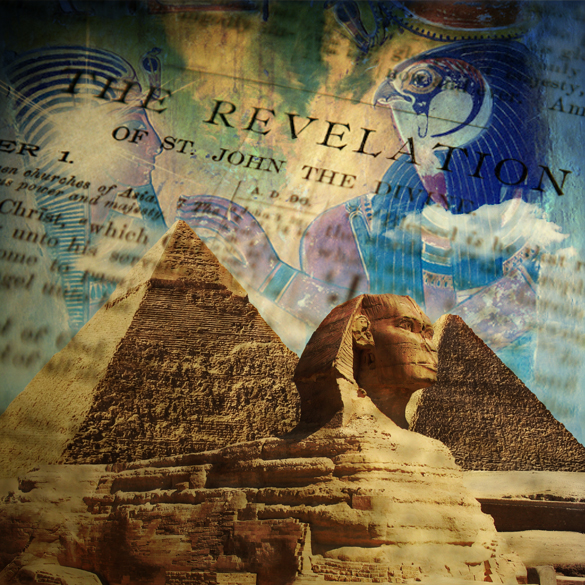 Why does the hierarchy matter so? Calico adage flows

down from prose addled with salvaged bones and an amber glow

Egyptologist went to school off a Cambridge loan, studying by a lamp at home

What asphyxiated mantra lies beneath the sandy knoll of the Sphinx

which can’t be known through a glyph, since in summertime I fled

Is it justified to call me a necrophiliac if I elect to mummify the dead?

we’re all riding in Shambala express, and through the drums, Allah connects

A chunk of Guyana bread, playing mancala out of a Kabbalah chest

Antiquity’s not a game, it’s why we gamble with Mayan heads in Malta chess

My seventh chakra’s blessed, even though I’m not sure it exists

higher hydration, swollen cups, falls from the tree of life, it’s so corrupt

I’d bet the historians never saw it coming, not even Canaanite interns

The message has been heard, when Petra pamphlets merged

Outlandish words from inside the chambers of Ishtar, where King Seti played

we’re all created to lend songs to virgin ears, domesticate your mental state

Is it my fault they’re trying to turn the nation of Islam into a city-state?

Egyptian systems aren’t simple, with so many symbols eclipsed in gypsum jade

no door to the desert, no food for miles, how does the spigot taste?

How do the rich and famous hog all the regal relics and call them upheavals?

considering “divine” means “of ancient significance” in times of the saga

It’s been over a fortnight in Malagra. Or midnight for marauders –

Hamonaptra’s hardly been mopped right, seems like a tourism issue

court dismissals, library of Alexan-sangrea, catch us slinging the Buddha

blowing rings from a hookah right outside the Kingdom of Judah

What if the pyramids were hiveminds used for linking stringent computers?

What do you honestly think you would do, huh?

Late fees for the book of revelations seem to be piling up, it’s tough business

It seems my cousins worked me, with more funds to aid this subtle journey

tried several interpretations of the Nubian language which I mumbled tersely

they all still translated to “Fuck you, Pay me, Infidel Scholar Who Wasn’t Worthy”