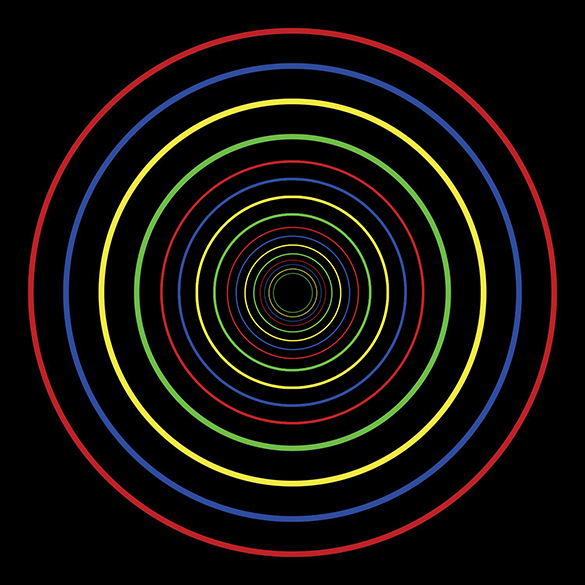 We republish all of the album reviews that I write for the decently known music blog, Pretty Much Amazing. Normally we just have a short note at the end of the review stating that PMA ran it first, with a link, and everything is fine. I’m proud to write for them and generally proud of what I write for them.

I struggle to say that for this review though. While I stand by our (I write the review, then PMA editor/founder Luis Tovar or someone else after me, gives it a grade) evaluation—it is still a truly annoying album to listen to multiple times—it’s hard for me to stand by how I went about reviewing it.

I hate writing negative reviews; I love music, and when an album doesn’t tap into that, there’s very little for me to write about because I’m not a musician and know little about the composing or playing of music. It’s hard for a pure consumer to say what in the production process makes a given ingestion less pleasurable than another. So my review of Bloc Party’s Four is much more an account of the experience of listening to the album than it is an evaluation of music. My lack of original ideas and discomfort in writing a negative review shows–the awkward transitions between poorly developed points, obnoxious self-important tone, the extended and forced attempts at humor.

Is that bad? Hard to say really (what’s bad anyways?), but it does show my range as a critic, which I find embarrassing. Does it make it any better for me to be aware of the flaws after the fact? Probably not, but I hope this lengthy introduction enhances your appreciation (or lack thereof) for the music, because that is ultimately the goal of music writing. For me at least.

Bloc Party have an unmistakable sound. If you know them even casually, the sound of Kele Okereke,’s shrill singing voice probably makes you lift your head and wonder who around you is playing Bloc Party. Like any distinct style, it is not inherently good or bad, effective or annoying. It’s more about how it gets used.

Now, Okereke doesn’t use his voice to irritating effect on Four, but every time I listen to him cut in on the first track, my mind wanders back to the group’s first two albums and I wait for a sense involving urgency from the music to reach out take hold of me. Then it doesn’t.

Perhaps that’s the curse of the successfully distinct; you have to keep doing it. While I originally felt like something was pouring out of Kele’s soul when he sang, now my reaction is far more along the lines of a shrug. There’s none of that urgency which so distinguished them early in their career.

“Octopus” comes closest to successfully hitting the same heights as their well-polished anthems of angst from the mid-aughts. Reminiscently hyperactive guitars open the album’s lead single, and Okereke, lays his voice down softly on them, letting it casually pick some momentum that feels immediately destined for crescendo. Disappointingly though, only a boring guitar solo greets us after the second verse, after a plain refrain (“come on, come on,” he says to one Mary Anna). It’s a catchy song whose chords will gladly stick themselves into your head for days if you let them, but that’s about all I can say for it. He says at the end of the song, “I don’t know why I feel like crying,” and I don’t either.

“This is the point where you look the other way.” That’s a cheap bit of critical reappropriation of the lyrics on my part, but perhaps the die-hard Bloc Party fan would do best to follow the advice that Okereke offers towards the end of “Octopus.” The rest of the album sloppily treads through a lukewarm mishmash of minimally realized emotions. Like a drunk friend breaking down into tears, this album speaks of real emotions, but never manages to drag me out of my critical sobriety.

Like Bloc Party’s best friend who could still drive them home, I stuck around for the whole ordeal, hoping for my own sake that things would get better, but as the album played again and again on my speakers, I only grew annoyed that I would have to put forth emotional energy to review this album.

Take “Truth,” an attempt at a sincere confessional song. “I am yours now / truthfully,” goes the chorus. Nice sentiment, totally cliché but, you know, sure, I’ll listen to that. What I will not listen to though, for many times at least, is such a generic arrangement and progression through the song. “Truth” may be about a very real and weighty subject, but the song fails to make me give two fucks about it. The song seems to be based on the notion emotional commitment, rather than somebody’s actual experiencing of it.

Four, like so much mediocre and failed art, goes through the motions of evocative composition but fails to generate any real visceral response. As the album retains their trademark musical aesthetic (which has only changed since 2005 to sound more like Snow Patrol or Temper Trap, a positive only if you’re a drunken high schooler and the year is 2009), it feels played out and is utterly disappointing. Right now, I cannot tell you how much I loved Silent Alarm out of a fan’s embarrassment, but I might be able to in a year’s time, when this album has been completely forgotten.

The unitalicized part of this post was first published on Pretty Much Amazing.