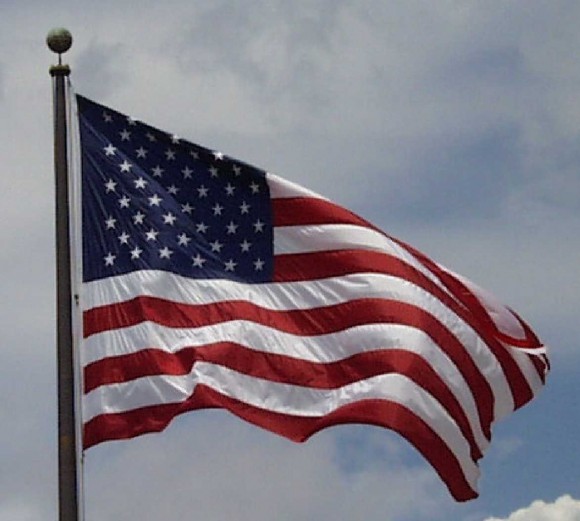 I hope you’re all enjoying hot dogs and lemonade in bright blue backyard pools, or maybe you’re hanging out on the beach with your families and friends, ready to watch the sky light up with red, white, and blue fireworks. I’ll be enjoying a long, glamorous night of work at my local frozen-yogurt shop, so please drink a beer or two for me! As I have nothing to do but sit and imagine all the fun I’m missing tonight, I find myself wondering why this once highly revered and meaningful holiday has been reduced to a reputation of pretty, colored fire in the sky, beer brat hangovers, and repetitive country music. Why has the culture of redneck patriotism so heavily and thoroughly permeated the only non-religious, good-for-celebrating holiday America calls its own?

The legacy of the American war for independence is fresh in my mind this year as I gear up to serve fro-yo to drunken party-goers. I just finished taking a class dedicated to the era of the American Revolution, the very foundation of this legendary holiday, and the differences between the Patriot cause of the late 1770s and the sentiment of ‘Murica-loving July-fourth enthusiasts today aren’t as extreme as I once would have thought.

The American Revolution marked the rise of the common workingman. We all know the Cliff notes version from elementary school, but here’s a more thematic summary: English colonists in America revolted against British rule because Parliament was creating new taxes without the colonists’ consent. The New World’s uneducated working class was the largest population demographic at the time and couldn’t afford the new taxes. Their rebellion, what we call mob rule, was what sparked the initial conflict.

These mobs nullified the taxes in practice by simply refusing to pay. They tarred-and-feathered local tax collectors, rioted in the streets, and harassed the Red Coats, British soldiers stationed in rebelling areas. They burned down the mansion of royal official Thomas Hutchinson on a mere suspicion of his support of the taxes, so violently angry were the colonists.

When the conflict drew to a close at the Battle of Yorktown on October 19, 1781, the working classes had gained several ideas about the nature of power and the concept of freedom that translate easily into the politics and society of the 21st century’s stereotypical working-class Americans who celebrate Independence Day with homemade fireworks and Bud Light each year.

First and foremost was fear of vulnerability in the face of a standing army; traditionally, working-class Americans from the Southeast are major proponents of individual gun rights as protected under the Second Amendment. Both groups herald the importance of individual rights in this way, today’s good-ol’ boys being direct ideological descendants of the Patriots of the late 18th century.

Secondly, they understood the power of unity and commitment. One of America’s greatest attributes during the war was a nation-wide perseverance and motivation to crush British rule. The Patriots’ want of popular sovereignty and a hands-off government, at least in economic affairs, lives on in the philosophies of today’s Tea Party Republicans. One of the major reforms pursued by Patriot leaders was the requisition system of taxation: Parliament would tell the colonies how much money to pay in taxes but would leave the actual practice and method of taxation to each states’ discretion. Today’s population of Tea Partiers would certainly be attracted to this basic, laissez-faire idealism.

After the conflict ended and the shaping of a distinct American identity began, a national style of music wasn’t really a high priority in the face of issues like a lack of international recognition and a heavily depressed economy. As the decades went on, old-time string ballads from the Appalachian Mountains, African American spirituals, and west coast cowboy songs rose up from the lower, working classes in the South and West who used the tunes as cultural connectors, a form of family entertainment, or a sweet sound to relieve the loneliness and isolation of farm life. Over time, popular opinion brought together elements of these genres to form a completely native style of American music- country or country-western music, and over time, it’s continued to evolve into the twangy Hank Williams and Toby Keith sounds many Americans typically enjoy today. Whether we like it or not, country music in every form has become a huge part of the identity of America.

The Fourth of July holiday was born as a special occasion for working class Americans to celebrate their magnanimous accomplishments in the Revolution and as a rare chance to relax without worrying about work; it was quite possibly the only national holiday at the time where laborers were given a complete day off. It’s certainly a much-enjoyed holiday today but the working classes, who seem to enjoy it most and to whom it should mean the most, have forgotten or never known what it is to be a true American. I don’t mean to offend or blame with these representations, and heartily apologize if I do, but if the working classes today could recognize the cultural similarities between themselves and the great Patriots of the 1770s and understand the triumph and romanticism that should accompany the July fourth holiday, perhaps America’s reputation could become one of greatness and heroism rather than one of drunken redneck culture.