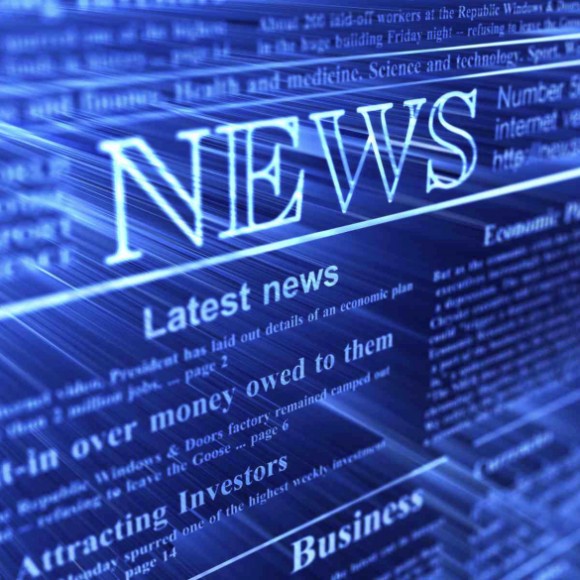 Here in Israel we do not get to see American commercials on cable TV. On the American news networks, what we get instead of the commercials are fillers. These are naturally as superficial as the actual broadcasts. Fox, for example, gives us “extras,” very often focusing on health, though, not surprisingly, not a word is said about how the American food industry is destroying it. MSNBC, on the other hand, gives us its Lean Forward promos, where its anchor people and other superstars make “statements,” that is, deliver something in the way of personal credos. These are meant to be trenchant but are in fact ludicrous. Two of these mini-editorials in particular captured my attention, underscoring for me the entire absurdity of news broadcasting. In one segment, Andrea Mitchell talks about how breaking through the barrier of being a woman reporter taught her how “to take on powerful politicians and dictators alike” and not allow herself to be pushed aside. And then an anecdote: “Once,” she tells us with a self-satisfied little laugh, “when I asked the president of Sudan why he was supporting violence against the people of Darfur, his security guys literally pulled me out of the room.” The lesson? Hang tough. Women can do the job too. Ed Schultz, on the other hand, is all modesty: “The response you get from people when you go on the road I think gives you a pulse, it gives you a sensibility of where the country is on issues. You don’t have to meet a thousand people, you just have to hear all of a sudden the same narrative come back at you, whether it’s about health care, or whether it’s about outsourcing, or whether it’s about what we’re doing overseas. And I think it’s important we listen to people…”

Yes, Ed, of course you get the same narrative coming back at you. It’s the one that you yourself and people like you put out there in the first place. Where do you think people get their information? Where do you think they get their understanding of health care and outsourcing and “what we’re doing overseas” if not from the media? What you get from the people is therefore an echo and nothing more. Who and what is echoed depends of course on the biases of the viewer. Some people get their “facts” from Fox, some get them from MSNBC. In every case, journalists who “listen” to the people are listening to themselves.

Andrea, on the other hand, is deceiving herself, and us, in a different way. For what if she hadn’t been hustled out of that room by those security guys? What if the president of Sudan had answered her “tough question”? What kind of an answer did she really expect to get from the president of Sudan, or from any of the other “powerful politicians and dictators” that she puts these questions to? Did she expect the president of Sudan to roll over and say, “You got me, sister. I’m a murderer”? I am in fact willing to bet that never, in the entire history of journalism, has a tough question been asked that a single one of these powerful politicians and dictators hasn’t been able to slide around with the ease of a Michael Jordan sidestepping a ten-year-old child. Pretending that tough questions fulfill the role of journalism and serve the public is a joke, as is pretending that the public has an informed opinion about anything that isn’t a mirror image of what it hears in the news from journalists like Ed Schultz. If Andrea Mitchell really wants to serve the public, she might start by learning Arabic before she flies out to Sudan with her tough questions, and then she might be in a position to understand what is going on over there and inform the public accordingly. The ignorance of journalists is just a single notch below the ignorance of the public. Together they constitute a community in which the blind lead the blind. Andrea thinks that asking questions that aren’t answered is journalism. Ed thinks that listening to people repeat what they hear on the news is journalism. Neither of them is equipped to evaluate “what we’re doing overseas” because neither of them has any real understanding of the world, which involves, at the very least, understanding the language of the country you are reporting from or commenting on. Neither of them, I believe, has any real understanding of America either, which has very little to do with politicians and everything to do with the character and values of the American people, which neither of them has the courage or the insight to identify as the source of America’s problems.

The genius of both the news broadcasters and print journalists has been to get people to accept the terms in which they represent the world as valid and meaningful. What they are giving us in fact is a kind of alternate reality where stories are chosen for their dramatic value and rarely coincide with real historical processes. They are forms of entertainment and little else, spiced up with plenty of red meat for the voyeurs and the bloodthirsty. Andrea Mitchell interviewing a dictator is spectacle, not news. Talk show sages telling us what is going to happen in a week or a month when they don’t know what is going to happen in the next five minutes is self-indulgence, not history. In either case the exercise is pointless. That we have been habituated into craving “live coverage” and instant analysis in the same way that we have been habituated into craving Coca-Cola is perhaps the only real achievement of the news industry.

Fred Russell is the pen name of an American-born writer living in Israel. His novels Rafi’s World (Fomite Press), dealing with Israel’s emerging criminal class, and The Links in the Chain (CCLaP), a thriller set in New York with an Arab-Israel background, were both published in 2014. His stories and essays have appeared in Third Coast, Polluto, Fiction on the Web, Wilderness House Literary Review, Ontologica, Unlikely Stories: Episode 4, Gadfly, Cultural Weekly,Ragazine, In Parenthesis, etc.

One Response to A Little Rant About News Broadcasting