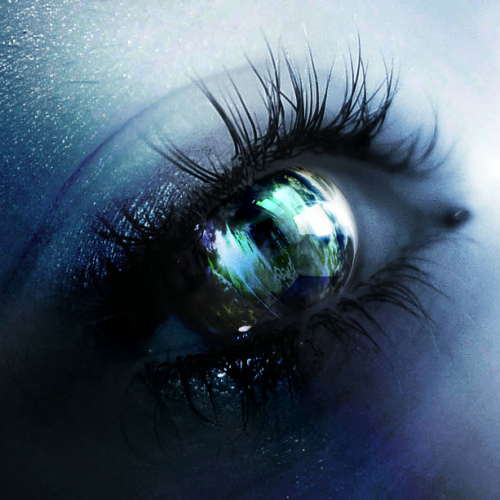 “It’s so dark, where am I?” came her words of distress
Miriam wasn’t supposed to be blind
It was a weather stricken condition she’d learned to detest
The gods of the Kyzyl Kum desert were to blame for it
going out into oblivion to escape invading hordes was dangerous
The hottest day of the year took her vision & strangled it
Heat exhaustion caused a stroke, even fleas were coughing, comatose
when she whispered pleas, walls erected –
the green Earth shut its contents… armaments of darkness flowed
Exiled to the shadows; the muted springs of nowhere
while her husband was busy stargazing, she’d sit in her oak chair
Every ounce of the visual spectrum so bare it blacked out Samarkand
Observatories… colorful oases – flat out departed, the sparseness
“I know it’s hard for you, but the family is here with you, dear.”
said her husband, Tiberias, his grayish beard full of tears
They went out on a caravan that week, and when the day turned to night
A passing star illuminated their site – they were serenaded with atriums of light
Miriam was withdrawn from the festivities,
She lamented “I’ve no longer a taste of this life.”
“Nonsense!” Tiberias assured her, clasping her shoulders
as he looked out into the glittering heavens & sniffed the natural aromas
He wholly praised the vastness of culture expanded by astronomy
putting names to planetary formations & galaxies in catalogs greater than Ptolemy’s
“I’ll invent a contraption so my wife can see again,” he wrote in his journal
Using reflective glass pieces, the constellations, adjoining telescopes in a circle
word even traveled to Genghis Khan who overheard about this undertaking
He said “Your love for your wife is the stuff of legend. I’m but your humble patron..”

Genghis gave Tiberias rare celestial maps that had the Persians intrigued
“Incorporate them into your master work, and your wife will surely be pleased”
After 75 days of meticulous handiwork, shaping and crafting
This ancient contraption became as famous as the day of the Sabbath
He constructed a holographic embroidery of crystals and aimed it at Miriam’s face
Her eyes, though inanimate, were suddenly filled with the farthest reaches of space
She could see the sparkling majesty of the cosmos in that instant; indeed alive!
Then they danced under the starlit sky, feeling a mutual love from deep inside

Erik Moshe is an aspiring lyricist from Hollywood, Florida. His book shelf may get dusty at times, but he finds it okay, since the universe is dusty and it can be quite eventful. He recently finished a poetry collection about robotics and the future. Find him at TheCentersphere.yolasite.com where he weaves words in unconventional, bizarre fashion.