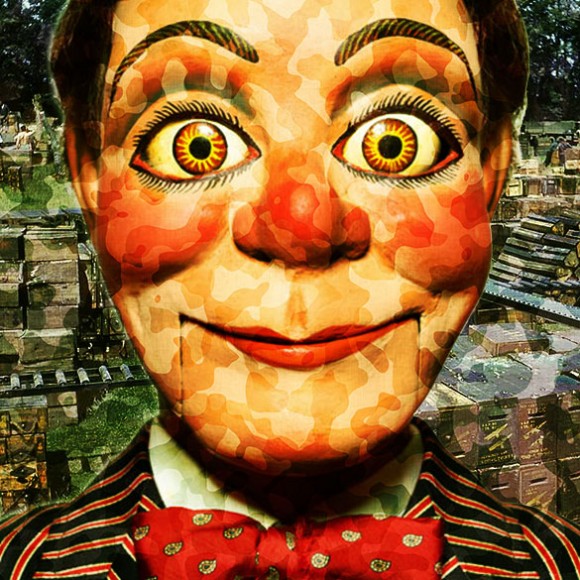 One of the car bombs peeled the lawn, then the smog cleared up
Anton stood palmin’ a beer mug, molotov in his pocket, balaclava & earmuffs
His parents feared him for obvious reasons: contras, arson, accomplished theft
was even dubbed a son of a gun…he used on his father when he shot him dead
Aimed white phosphorous at convents & consulates, dishonored catholocists
A martyr in his solemnness with the mark of the apocalypse
Now he’s out to make sure the carcasses of Sodom writhe
Used to be a postmodern kid, but now he’s not so nice
Sold the type of weapons Tom Clancy wouldn’t dare use to implement a plot device
And his mom was like…
“I grow tired of M1-Carbines blastin’ through the Springfields,
enough bullets for a thorough portfolio of evil – it’s been real
How many innocents have been killed, sniped, splattered onto your windshield?
I thought I taught you how to be more sentimental at least
When you pump the lead, adrenaline peaks…too much berettas & heat
I should’ve known when I breastfed you… you seemed ready to EAT
First you chased skirts and bombshells, then the metal levels increased
Kalashnikov knishes with a side of hollow tip babaganoush
is what I used to cook for you…
Now you’re on the world’s most wanted list of arms dealers –
Everybody’s tryna look for you…
I remember you collected comics, now it’s the damn Gatling catalog?!
I remember when you were just a school boy with your little hat & satchel on
now you roll with Rudeboy’s who carry AK47’s with the magnums on
The days of the car-seat ceased – you became impartial to RPG’s
Pistols barked at your Barkley tee,
but you had enough Houston Rockets to spawn debris at no costly fee
I’m all for peace, and a mother’s love knows no bounds
but my heart froze when I saw your snubnose go BLAOOOOW
You wore a full metal jacket for Halloween, I wasn’t conscious of who to blame
So I thought with a bazooka’s range…
Your friend’s costume foreshadowed the monster that you became
I packed your lunchbox with Dole, rice chips and grain
as you slowly indulged in rifles & flames, your whole life was a plague!
Components likely obtained by stolen nitrous; hormones exploded like a grenade
My son, I truly wish your conception was less horrid…”
“–Listen, mother. I brought infamy to our family, got you the best mortgage
until you decided to betray your son & hand God my arrest warrant
This is what I do for a living. I collect mortar at the Czech border,
I’ve got enough pages in my Book of Sins to pen the next Torah
Too many men in my set gettin’ wet boarded…am I the next target?
Why are you so depressed when I digress that I’m lawless?
I’d sell your fucking TEARS if I could fetch something for it…”

and I never saw her again.