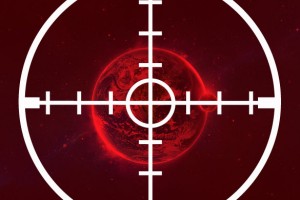 The majority of the human species breathed a sigh of relief as they woke up Saturday morning December 22, 2012 to find themselves still among the living and that the world had not ended. The ancient Mesoamerican Long Count calendar, used by the Mayans, among others, and which ended on 21 December, was thought by some to be a prediction of an almighty apocalypse that would leave the world in ruins with only pockets of survivors left. Despite no solid evidence that the Mayans thought the world would end on this date, or that no obvious sign of our destruction was imminent, a niggling doubt floated around in most people’s minds.

It is perhaps easy for Hollywood to portray North Korea as a fictional enemy when so much of North Korea’s actual history and culture has been fictionalised by its very own leadership. Kim Jong-Un, the young and portly current leader is the third in a dynastic line of Kims to lead the country under the ideology of Juche (loosely translated to mean self-reliance), and to maintain a hard-line and xenophobic attitude to other countries and other ideologies. His father, the late Kim Jong-Il, was perhaps the most prolific author of much of North Korea’s recent fictional history. His own father Kim Il-Sung led the country out of the Korean War and into its first decades of early prosperity and it was Kim Il-Sung who adapted Stalinist and Confucian thinking to his own Juche ideology. It was the son Kim Jong-Il who propelled the cult of personality that surrounded them both into the homes and lives of the North Korean people, via the strong use of social-realist propaganda and state owned media, which pumps anti-western sentiment to the masses and proposes that the country needs nothing and has nothing to envy of the rest of the world. 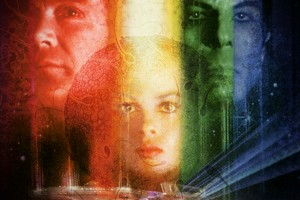 Star Trek: The Motion Picture (1979) was the highly criticised, and often ignored, Science Fiction film that initiated a new chapter in the Star Trek franchise. It is renowned for its dull and plodding narrative, and for stripping the verve and vigour out of its long serving characters. Despite the fact that two years previous, Star Wars (1977) had made space an exciting and adventurous place to roam, Star Trek: The Motion Picture was literally a galaxy far, far away from the swashbuckling heroics of Luke Skywalker and Han Solo, and their attempts to bring down the evil intergalactic Empire.