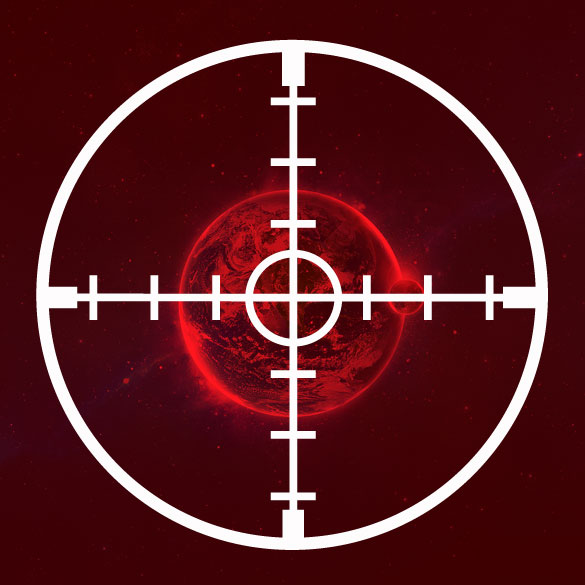 The majority of the human species breathed a sigh of relief as they woke up Saturday morning December 22, 2012 to find themselves still among the living and that the world had not ended.  The ancient Mesoamerican Long Count calendar, used by the Mayans, among others, and which ended on 21 December, was thought by some to be a prediction of an almighty apocalypse that would leave the world in ruins with only pockets of survivors left.  Despite no solid evidence that the Mayans thought the world would end on this date, or that no obvious sign of our destruction was imminent, a niggling doubt floated around in most people’s minds.   On top of this, religious zealots and conspiracy theorists capitalised on this fear by inventing ludicrous ideas about the Earth’s destruction, envisioning a lost planet of our solar system called Nibriu suddenly emerging into our orbit and causing a chain of catastrophic seismic events and eventual collision.  Of course natural disasters are nothing to take for granted, as recent events in Japan, New Zealand and Haiti have shown. But doomsayers took these tragic events out of the real devastation they caused and placed them within their own fictional contexts in an attempt to scrape for evidence, thus the freakish amount of earthquakes the world has endured recently was apparently down to gravitational strain from an approaching planet that was shifting the Earth’s poles.[i]  A minority of the population of earth were left bitterly disappointed that the world had not succumbed to a horrific death and one cannot help but think that producers in Hollywood’s biggest studios were among the most disappointed; after all they have been trashing the world to bits on film with all manner of objects and alien entities for decades.

Any predicted end date that history throws up has been exploited by Hollywood.  With pre-millennium tension building at the end of the 1990’s, an assortment of catastrophes were lined up for our entertainment, from fears of gigantic comet bombardment in Armageddon (1997) and Deep Impact (1997), sinister alien invasion in Independence Day (1996) and unstoppable natural disasters in Twister (1996) and Dante’s Peak (1997).   The mid-to-late-nineties were fit for a range of disaster movies that had a catch-all quality in the chosen object of destruction. Audiences lapped up these showcases of obliteration and absorbed themselves in the scenes that brought the most mayhem.   In films such as Deep Impact and Armageddon, the real end of the world scenario is avoided by mankind’s cunningness.  In both films a team is sent to intercept the incoming comet and deposit a nuclear payload to shatter the huge rock into more manageable debris. In Deep Impact the plan doesn’t quite go to plan and a 1 mile wide fragment smashes into the Atlantic Ocean that sends a mega tsunami racing in all directions killing millions. The other larger fragment is despatched by the astronauts guiding their damaged ship into a deep crevice and blowing the comet, and themselves, up from the inside. The scenario in Armageddon is virtually the same, except the impending comet is the size of Texas (696,200 km) and is prefaced by a swarm of smaller meteorites that impact in New York and Paris.  NASA sends a rogue team of professional oil drillers, lead by Bruce Willis, to drill down and deposit the bomb and split it in two, sending the two large fragments skimming past Earth.  The plan works, but only at the very last minute and with the sacrifice of Willis and some of his crew.    The Roland Emmerich directed Independence Day laid waste to most of mankind’s greatest architectural achievements.  Enormous alien vessels hover over every major city in the world and when they finally attack; they unleash a mighty death ray that burns everything in its path. The scenes of the White House and the Empire State Building being obliterated were used in the trailer and advertisement spots to whet audiences’ appetite for destruction.

After the events of September 11, 2001, disaster movies took on an almost prophetic role.  The fictional bombardment of America’s iconic buildings in Hollywood movies was all too similar to the reality of two passenger planes being flown deliberately into the World Trade Centre and the Pentagon.  This time the horror was very real.  For the time being at least audiences were not comfortable with external threats to their country and their freedoms, when a real, yet seemingly hidden, threat existed somewhere in the world.  So as an alternative to external intimidation, Hollywood focused on internal and many would argue man-made threats, the environment and climate change.  In The Day After Tomorrow (2004), the whole of the northern hemisphere is treated to a onslaught of extreme weather and a series of hurricane style super storms that surge an enormous tidal surge over Manhattan and freezes everything in its path.  The aftermath of this shows the northern hemisphere completely covered in snow and ice, yet the positive affect seems to be a renewed and clean atmosphere that the storms have created.  Although director Roland Emmerich (him again) forgoes scientific fact for movie spectacle, the scenes of destruction at the hands of Mother Nature, something we are powerless to withstand,  tap into a collective desire to see mankind and it’s achievements  bite the dust.

With the 2012 Mayan prediction looming, the time was again right for Hollywood to exploit the fear of annihilation. The film Knowing (2009) tided in many prophecies, religious conspiracies, and recent natural disasters to conclude that the world would end by a destructive solar flare.  The last three minutes of the film show a wall of fire tearing across the Earth and the sky ablaze, all life is extinguished.   Though poorly executed, M. Night Shyamalan’s The Happening (2010) had an interesting premise where mankind’s destruction is at the hands of plants and trees releasing a toxic vapour, causing humans to kill themselves, as protection from human-produced carbon. External attacks were also back in vogue, with alien invasions happening in Skyline (2010), Battle: LA (2010) and Battleship (2012).  However it was down to the king of destruction, Roland Emmerich, to give the world an almighty thrashing in the ludicrous yet entertaining 2012 (2010). A cataclysm of events that include polar and continental plate shifts, solar flares, earthquakes, tsunamis and volcanic eruptions offers the most concise destruction of the planet Earth ever put to film.   Again, as with most of Emmerich’s movies, science is thrown out in favour of pure spectacle.

Alongside the mainstream disaster movies that have scored with the masses, independent film has also taken the end of the world cues, and dealt with the more existential fears that the Hollywood films have no time for.  As the end of the century loomed, the small Canadian film Last Night (1998) chronicled the experiences of a group of people in what is literally the last night on earth.  In Last Night the cause of the extinction event is never revealed, but many see it as a last chance to make human connections on an emotional and physical level.   The perhaps Nibriu-inspired small-budget film, Another Earth (2011), and the Lars Von Teir directed Melancholia (2011), deal with the discovery and approach of a planet in our solar system and the consequences of that discovery on individuals, not society as a whole.  In Another Earth the discovery of a twin planet Earth offers hope and a second chance to a young girl who was the instigator of a fatal car accident that killed a man’s pregnant wife and child. Although not a disaster movie as such (unless you count the personal disaster of the main character), the film, nevertheless, tapped into the fear of impending and unknown doom from above. In Melancholia, the arrival of a planet on a collision course with Earth brings perspective to the lives of a group of wealthy friends and lovers.  Whilst Hollywood dazzles us with epic effects, it has been the role of independent film to show the humanistic side of the end of the world scenario.  The prospect of annihilation to the characters who populate these films is inevitable and unavoidable, and survival is the last thing on their minds.

It is perhaps Hollywood’s compulsive obsession for film-based destruction that has fed mankind’s own-desire for near annihilation.  I say near-annihilation because there are always survivors who inherit a devastated planet, but have a chance to begin the human race again.    In most of Hollywood’s disaster movies, mankind is offered a fresh start, a chance to rid itself of its vile nature and enter into a utopia of peace and calm.  The world is reborn fresh and new after the devastation. Petty divisions in religion, race and nationhood seem to be abolished in favour of human kindred and the greater good.  The beliefs in capital wealth and possessions are abandoned and a new respect for nature and mortality are nurtured.  Disaster movies encourage our own longing for a better and more equal world.  The new world in which we rid ourselves of the shackles of conflicts, belongings and our own emotional baggage, and create a peaceful and serene world is created on our own terms.  Because what we really see in disaster movies, after the destruction, is a chance to try again.

[i] A Google search of ‘Nibiru and earthquakes’ brings up many sources for this theory.

Stephen Lee Naish is the author of a short story collection called The Wingman and Other Sketches and an as yet unpublished film criticism book called Create or Die: The Lost Films of Dennis Hopper. His writing has appeared in the American arts and culture journals Gadfly Online, Empty Mirror, Scholardarity, The Fear of Monkeys, Mungbeing and the Australian arts magazine Retort.  He is British, but lives in Ontario, Canada with his wife Jamie and son Hayden.

2 Responses to Disaster Movies and the Collective Longing for Annihilation