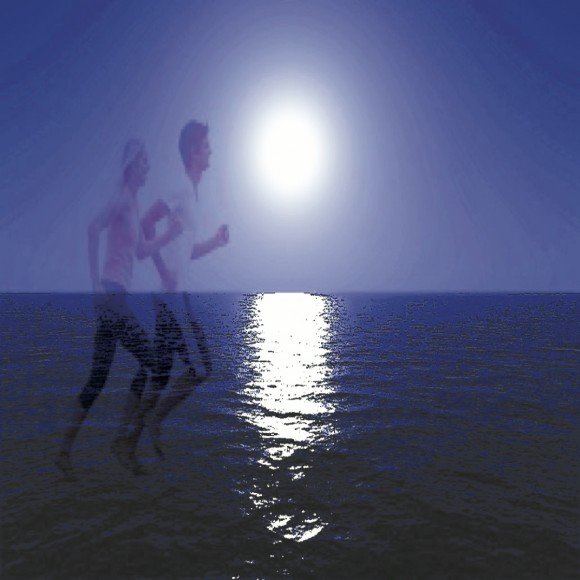 BUT I PULLED OUT…, OR MANY FINE MESSENGERS HAVE DIED TRYING

Last night I danced with the shadow of a woman
in the moonlight of my wet dream.

Afraid I would multiply I pulled out
just in time to save the human race,

then fell asleep on the side of the road
while three tortoises –– José, Renaldo, and

Filemon, respectively –– tiptoed past me
sniggering like the little bastards that they are!

It wasn’t love, exactly,
but Valium, and I
truly loved everything
and shouted it to all
the world: I love
telephone poles and
parked cars and
boarded-up homes and
traffic jams and
I love you too, mister,
your sun-burnt face, and
your cardboard sign and
these coins I
place in your hand.

TV DOES MAKE YOU LOOK FAT

When I call to ask the Meteorologist,
who makes more money than I,
where the sun will be on Saturday,

he asks how I got through to him.
He says the Meteorologist is not his real name
and that his family is out of town.

Before I can ask about Sunday,
he hangs up the phone, this,
the Meteorologist who makes more money than I.

Rather than process me
they took me home to my mother.

“You should have taken him
to jail,” she told them.

“Ma’am,” they replied, “if we
locked up every young man

just because his mother
told us to

we would have no
room for them all.”

I too have thought, while ironing, about death.

It drifts in on the air, dust motes of death.
Flies on the windowsill; pork in the crockpot;

three-day-old bunnies our dog death-sniffed out
being digesting at this very moment; a mouse trapped

in the pantry, still twitching in its trap; the dead man
next door won’t be discovered for six weeks;

a book by that good gray poet that lay open
to the low and delicious word death,

until he comes home so that he can death-face one of life’s
hardest lessons; my daughter upstairs with her friends,

pre-teen girls with everything to die for, watching
the season premier of “The Walking Dead” and I,

I am ironing doilies for my in-laws’ 50th wedding anniversary,
and we, Vive la bourgeoisie!, carry on as if we shall never die,

as if we could live all day and possibly tomorrow.

Norman “Buzz” Minnick is a poet and playwright. His second full-length collection, Folly, is published by Wind Publications. He is the editor of Between Water and Song: New Poets for the Twenty-First Century (White Pine Press, 2010). He has not yet written a play.