David Palmer is a contemporary artist who currently resides in California. In his collection “Fallen Heroes”, Palmer uses thousands of bullet shell casings and a torch to depict figures such as Abraham Lincoln, JFK, John Lennon, and Gandhi. Below, Palmer provides commentary on his works, many of which can currently be seen at Lu Martin Galleries in Laguna Beach, California, or on his website, HERE. 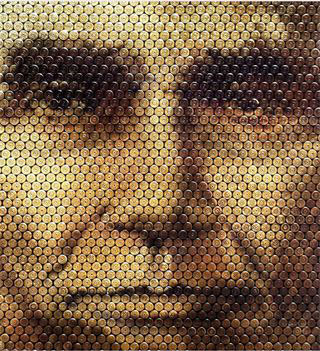 “The materials I have chosen to use serve my purpose because of the blatant and emotionally charged response they evoke. These mediums already have a strong mental imagery that is attached to them. Around the world they are still used to either help build dreams or destroy the dreamers. My hope is that you will feel the emotion attached to the medium and then see the possibility that can arise from choosing to create rather than destroy.

It is my belief that most of man’s loftiest pioneering endeavors are hard to manifest, and the surface of my art is as hard as the subject matter. I feel it is fitting that I have used the heat of a torch to bring about the shadows of lines and furrows seen in the faces at hand.

The heat and light of the torch reminded me of purifying strength that is forged by fire while simultaneously illuminating altruistic philosophies and new concepts. The individual’s I have chosen are a testimony to the fact that man’s loftiest endeavors are often brought about at a cost that is high.

Throughout history art has been used as a weapon of war, so it seemed fitting to take a weapon of war and make it art. The Fallen Heroes series—Abraham Lincoln, JFK, John Lennon, and Gandhi—all have one thing in common: in their effort to unite people they all paid the ultimate price.” 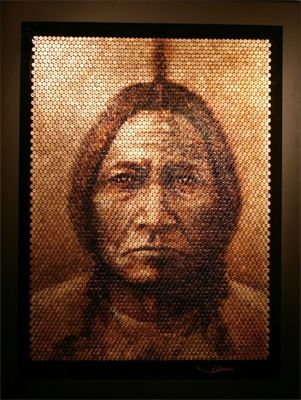 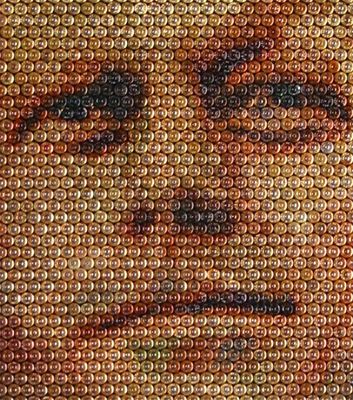