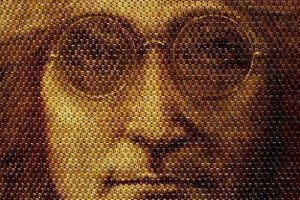 The materials I have chosen to use serve my purpose because of the blatant and emotionally charged response they evoke. These mediums already have a strong mental imagery that is attached to them. Around the world they are still used to either help build dreams or destroy the dreamers. My hope is that you will feel the emotion attached to the medium and then see the possibility that can arise from choosing to create rather than destroy. It is my belief that most of man’s loftiest pioneering endeavors are hard to manifest, and the surface of my art is as hard as the subject matter. I feel it is fitting that I have used the heat of a torch to bring about the shadows of lines and furrows seen in the faces at hand.

We have grown accustomed to documenting the world around us through a multitude of lenses. From birthdays, to marriages, to pet antics and cuisine masterpiece, we have taken to recording almost every aspect of our daily lives. It would seem that nothing is safe from the ubiquitous camera lens. The winner of the World Cinema Directing Award at the 2012 Sundance Film Festival, 5 Broken Cameras explores what happens when an initial desire to film family moments turns into something more for Emad Burnat, a villager in the small farming town of Bil’in in the West Bank. Directed by Burnat and Guy Davidi, 5 Broken Cameras spans the course of five years as seen through five cameras, each of which is eventually smashed, shot, or otherwise broken. 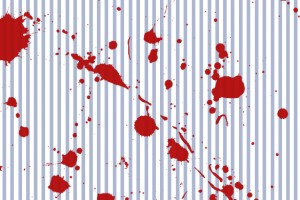 “Code five, all cars respond,” crackles a voice over the radio. “Homicide suspect on building on intersection of Laramie and Polasky…” Before the voice can finish, a bright white tennis shoe, visibly worn but tightly laced, slams on the accelerator of a small, pale yellow convertible. Hardly heeding the sidewalk, or officer demanding his identification, the owner of the white sneakers leaps out of his car and runs to the base of a building where cops are shooting lights and bullets at a shadowy figure racing along the roof. Kolchak, shuffling, ducking, and dodging along the pavement, snaps pictures with his camera as the figure leaps from the building, flings off a mob of officers, and flees. 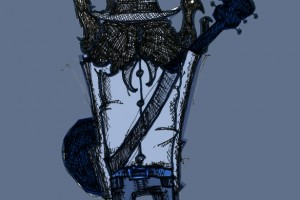 Removing light-blue sheets from various instruments onstage, each roadie at the Jack White concert sported suspenders, a blue tie, and a fedora—despite the inescapable Virginia humidity. Their antiquated outfits clashed slightly with the modernity of the stage backdrop, where three tall rectangles, which would later radiate an electric blue, loomed. One suspendered gentleman, timidly walking up to a microphone, politely asked that the milling crowd “watch the show live,” instead of through “those tiny screens” of their phones. This outdated request caused quite a murmur in the standing section before the stage. 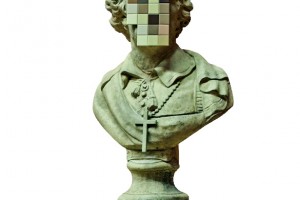 “Think outside the box, collapse the box, and take a fucking sharp knife to it.” – Banksy Over the years, Banksy has cultivated a reputation, a persona even, based upon a surprisingly small amount of personal information. This combination of international popularity and lasting anonymity raises many questions, such as; How does a purported “guerrilla artist” have a spokesperson? Should he be considered a serial vandal or a modern philosopher? …continue…