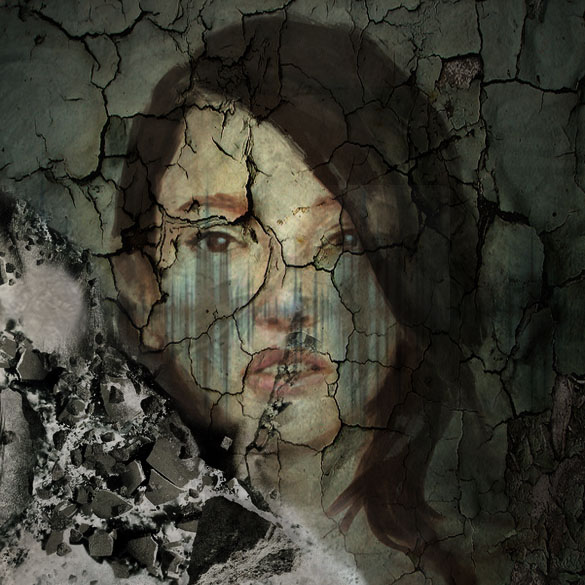 The sounds of her mind working

too low in frequency to hear

as does the noise

her paintings make as they dry

and her organs, as they decay

the sound of God

bouncing around her torso

with no place to rest

The new waitress has a masculine look,

a look I’ve seen before,

one that makes me think her father was an engineer

Her arms have good muscle tone

not like she’s been working out at a gym

and being a waitress seems cushy by comparison

A girl in my neighborhood had that look

when I was in junior high

I used to walk down the alley, climb her fence

crawl in her window

The Lovin’ Spoonful was her favorite

a band perfect for summers in L.A.

Hot town, summer in the city

Back of my neck getting’ dirty and gritty

She liked me because I saw through her

smoke from fires in nearby states

The portable radio talks of drought in Texas

and the water problems of the American West

Close by, at a house renovation

a workman runs a circular saw

There’s inertia in the air

I look out across the parking lot

of a shopping center

I used to shoplift record albums

from a store surrounded by baking asphalt

and give them to that girl in my neighborhood

It was sweet getting away with that

Cheryl gets off the bus at the wrong stop and is

surrounded by women about to explode

women who wear their features as if they

as if they belong on their faces

women with symmetry and grace

women with so much confidence that

if they wanted to

with a thrust of their breasts

Cheryl pulls her raincoat tightly around her

but her darkness escapes

The black hole that is her soul

sucks in all the stylish women

until the sidewalks are empty

Another bus pulls to the curb

with a stiff-legged limping step

or on the day one enters a mental hospital

not as an employee but the other thing

Mitchell Krochmalnik Grabois was born in the Bronx and now splits his time between Denver and a one-hundred-and-twenty-year-old, one room schoolhouse in Riverton Township, Michigan. His short fiction and poems have appeared in hundreds of literary magazines in the U.S. and internationally. He is a regular contributor to The Prague Revue. He has been nominated for the Pushcart Prize, most recently for his story “Purple Heart” published in The Examined Life in 2012, and for his poem. “Birds,” published in The Blue Hour, 2013. Grabois’s novel, Two-Headed Dog, is available for all e-readers for 99 cents. Click for Kindle. Click for Nook. Click for the print edition.