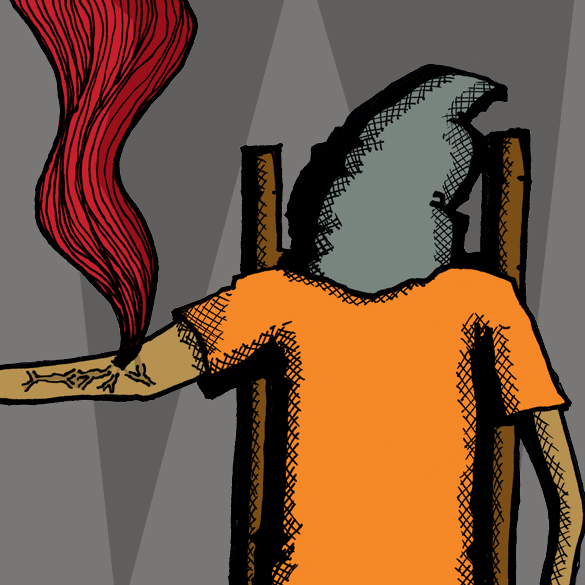 “The means of defense against foreign danger historically have become the instruments of tyranny at home.”—James Madison

For most Americans, the detention center at Guantanamo Bay—once the topic of heated political debate by presidential hopeful Barack Obama but rarely talked about by the incumbent President Obama—has become a footnote in the government’s ongoing war on terror.

Yet for the approximately 167 detainees still being held in that godforsaken gulag, 86 of whom have been cleared for release yet continue to be imprisoned at the facility, Guantanamo Bay is a lesson in injustice, American-style. It is everything that those who founded America vigorously opposed: kidnapping, torture, dehumanizing treatment, indefinite detention, being “disappeared” with no access to family or friends, and little hope of help from the courts.

For Adnan Latif—a 30-something-year-old Yemeni native detained at Guantanamo for ten years without a trial, despite a court ruling ordering his release and repeated military clearances ordering his transfer—his cell became his tomb. Latif, who had repeatedly engaged in hunger strikes and suicide attempts while proclaiming his innocence, was found dead in his cell in Guantanamo Bay mere days before the 11th anniversary of 9/11.

If Guantanamo is the symbol of American injustice, Latif’s death is the realization of that injustice, the proclamation of how far we have strayed from the original vision of America as a shining city on a hill, a beacon of freedom and hope for the world. Ten years after opening for business, Guantanamo Bay stands as a manifestation of America’s failure to abide by the rule of law and its founding principles in the post-9/11 era. As Baher Azmy notes in the New York Times, its defining features have been the denial of judicial oversight and its exclusion of lawyers. Making matters worse, “far from closing the prison camp as he promised, President Obama is steadily returning Guantanamo to the secretive and hopeless internment camp that he vilified as a candidate.”

Examples of torture in Guantanamo and other American black site prisons are widely known, including waterboarding, beatings, and sensory deprivation. What is less widely known is that most of those forcibly arrested and tortured in Guantanamo have had nothing to do with terrorist activities. Most prisoners in Gitmo, including Murat Kurnaz, a detainee for five years, were not captured on the “battlefield,” but rather kidnapped and sold to the American government by local tribesmen. Kurnaz fetched $3,000 as a result of American fliers distributed across Afghanistan promising poor Afghans “enough money to take care of your family, your village, your tribe for the rest of your life” in return for prisoners. Kurnaz, who was punched in the gut, dunked under water, and hung from ceiling chains during his imprisonment, was eventually sent back to his native Germany on a C-17 military flight which cost American taxpayers over $1 million.

Lakhdar Boumediene was arrested in late 2001 while working as the director of a humanitarian aid clinic helping the victims of the Balkan conflicts. Despite having no evidence that he was tied to any terrorist activity, he was arrested and shipped to Guantanamo Bay and kept there without charge for seven years. Boumediene eventually challenged his detention. In 2008, the US Supreme Court ruled in Boumediene v. Bush that Guantanamo prisoners are guaranteed a “meaningful opportunity” to challenge their continued imprisonment.

Despite this ruling, indefinite detention is still the norm at Guantanamo. The Obama Administration shares the blame for this state of affairs. Having once promised to abolish Guantanamo, the president has now urged the U.S. Supreme Court to avoid reviewing Guantanamo detainees’ appeals. Incredibly, the Supreme Court has abided by this request, refusing to hear the appeals of any prisoners. As journalist Adam Serwer wrote for Mother Jones, “Gitmo detainees have now lost virtually every avenue – other than dying in detention – for leaving the detention camp.”

And die they do. The most recent detainee to “leave” Guantanamo was Adnan Latif, who spent most of his time at Guantanamo in solitary confinement with his hands in cuffs. He was recommended for transfer out of Guantanamo three times. However, Latif, along with 56 other Yemenis who have been cleared for release, continued to languish in the prison because the Obama Administration has placed an indefinite moratorium on transferring innocent Yemenis back to their native country.

What is the legacy of Guantanamo Bay? 171 men continue to languish there. The Bush torture program has been legitimized by the Obama administration, and indefinite detention has been codified as law. Guantanamo bleeds our coffers, costing $800,000 a year per detainee. And with a government that possesses the awesome power to indefinitely detain whomever it pleases, we are much, much less safe than we were 11 years ago.

Despite these obvious warning signs of a coming authoritarian state, a CNN poll from 2010 indicates that 60 percent of Americans would like Guantanamo to remain open. Yet what most Americans fail to realize, however, is that Guantanamo Bay is no different from every other aspect of America’s military empire, whether it be weaponry or military strategy, which has been tested against so-called “insurgents” abroad only to be brought home and used against American citizens. In this way, we are being conditioned to not only tolerate the government’s constant undermining of our freedoms but to actually condone the increasing assaults of our rights in the name of national security.

To put it more bluntly, we are being conditioned to live as prisoners in an Orwellian police state. Worse, we are being taught to enjoy our prison walls.

Encouraged by politicians and pundits to wade through life in a constant state of fear and apathy while being fed the bread and circuses of the corporate-entertainment complex, Americans have become accustomed to the illusion of security. In the process, we are finding ourselves subjected to a veritable arsenal of military firepower, government surveillance and battlefield tactics.

Such was the case with so-called “non-lethal” weapons of compliance—tear gas, tasers, sound cannons and barf beamers—all of which were first used on the battlefield before being deployed against civilians at home. Similarly, drones—unmanned aerial vehicles—were used exclusively by the military to carry out aerial surveillance and attacks in Iraq and Afghanistan only now to be authorized by Congress and President Obama for widespread use in American airspace.

To anyone connecting the dots, it all makes sense—the military drills carried out in major American cities, the VIPR inspections at train depots and bus stations, the SWAT team raids on unsuspecting homeowners, the Black Hawk helicopters patrolling American skies. All of these so-called training exercises habituate Americans to an environment in which the buzz of Black Hawk helicopters and the sight of armed forces rappelling onto buildings or crashing through doors is commonplace.

The enactment of the National Defense Authorization Act (NDAA) in January 2012, which allows the military to arrest and indefinitely detain anyone, including American citizens, only codifies this unraveling of our constitutional framework. Viewed in conjunction with the government’s increasing use of involuntary commitment laws to declare individuals—especially American military veterans—mentally ill and lock them up in psychiatric wards for extended periods of time, the NDAA appears even more menacing.

Throw in the profit-driven corporate incentive to jail Americans in private prisons, as well as the criminalizing of such relatively innocent activities as holding Bible studies in one’s home or sharing unpasteurized goat cheese with members of one’s community, and you have a 10-step blueprint for how to transform a republic into a police state without the populace cluing in until it’s too late.