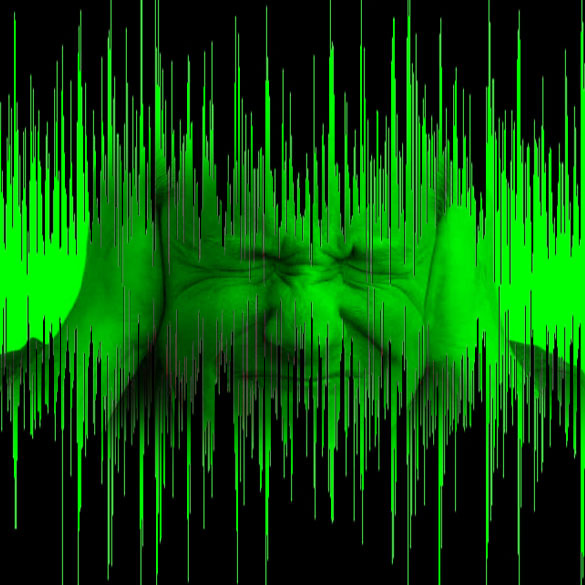 Over the past few decades modern music has become victim to the age of digital audio production.  Authentic sounds and instrumentation have been swallowed up by a polished gleam that renders the audio to a glossy and punchy finish.  Loudness has been the key to creating upfront and vibrant songs that at first sound exciting. By pitching the quieter moments within an audio track to a higher frequency, the song automatically becomes more urgent and distinctive.  This slow change, orchestrated by producers and record companies, has been deliberately subtle, as if to allow listeners ears to adapt to the change in audio quality.  This tampering in sound has had an unfortunate drawback for the listener.  As producers up the volume within the audio track, listeners have had to reduce their own volume controls to a more comfortable volume, thus the song’s initial spark and bluster is reduced to a whimper. This has led to a backlash from music fans who have become frustrated with their favourite artists manipulating their recorded sound.  The most documented example of this was Metallica’s 2008 album Death Magnetic which was released as a CD version with dynamic range compression added (which pushes audio peaks beyond the point of digital clipping, causing distortion) and as a download and playable version on the popular video game Guitar hero III, minus the compression. Fans noticed a distinct clipping sound throughout the CD album, which prompted calls for a re-master of the original recordings to bring them to the same standard as the Guitar Hero version.     In music, re-mastering and re-editing can at least be done to a reasonable standard. In film, excessive use of special effects, bad dialogue delivery and deafening soundtracks are harder to expel from a film, in fact they are more than likely to be added.  Film is suffering its own Loudness War that strips away the authenticity, emotional and humanistic element and instead replaces them with digital layers of spectacle.  Once the audience choice for heart rendering and emotional substance, film is turning its back on the emotional aspect and looking to dazzle and confuse its audience with simplistic narratives, told with complex digital technology that only engages the audience on a sensory level.

There has been much criticism aimed towards music production and the studio trickery employed to produce modern music.  Auto-Tune, which digitally tampers with a vocal track to put it in tune, is basically a cheaters programme for any potential singer.  The criticism mainly takes a swipe at the lack of authenticity that digital audio manipulation permits.  Enhancing a singer’s vocals or upping the volume of a song in order to give it more of a kick seems to strip it of its original substance.   Film on the other hand is often lauded for incorporating similar computer generated cheats that can spawn entire digital landscapes and impossible feats of the imagination.  James Cameron’s film Avatar (2009) may have been criticised for its relatively light-weight story, yet it still dazzled its enormous world-wide audiences with a magical digitally created world and its alien inhabitants.   Avatar is an extreme example of the stripping away of humanity in film and the replacement of digital layers.  The film’s human actors were recorded delivering their lines using motion capture technology, and in post production the actors were replaced with their CGI avatars, a literal stripping away of humanity.     Cameron describes Avatar’s manipulation with childlike glee: “If I want to fly through space, or change my perspective, I can. I can turn the whole scene into a living miniature…” (Waxman 2007) and explained the method of design as a “form of pure creation where if you want to move a tree or a mountain or the sky or change the time of day, you have complete control over the elements” (Fitzherbert, 2009).  This godlike complex of digital creation is placing fictional creations before human emotion.

Star Wars director George Lucas is also guilty of dispensing with humanity in his films, the director’s prequel trilogy is awash with CGI worlds populated with CGI characters that interact with the slim human cast.  Even in a situation where actors are in conversation with each other, Lucas employs digital tricks to cut and paste an actor’s best take with the other actor’s best take.  Here Lucas strips away natural human interaction and replaces it with stiff and artificial interaction.  Lucas has continually added digital layers to his original trilogy, inserting CGI characters, artificial action (Greedo shoots first), and whole new backdrops to the original action.  This has caused much uproar from fans of the original trilogy whose childhood imagination far outstripped the original film’s technological shortfall.

Not all have followed George Lucas and James Cameron’s example. Christopher Nolen tried to fuse the scientific and humanistic with Inception. Inception Incorporated dazzling action set pieces and stunning visuals with a dream narrative that challenged the audience’s perception of reality and dreams.  However, Nolen’s attempt to bring a more thoughtful approach to big budget filmmaking was for the most part unsuccessful.  Despite its impressive ensemble cast and witty dialogue, Inception failed to garner a lasting emotional response from its audience.  The mind-blowing effects and layered narrative stand like a fork in the road to an emotional response.  Given that Nolen went out of his way to avoid using CGI, Inception adds digital layers, dressed up as human created dreamscapes, to compensate for the lack of human substance.  This is no fault of Nolen’s directorial skills; this is simply audience expectation of how they now wish to be engaged by film.

In his book Everything Bad is Good for You (2008),author Steven Johnson makes a case for how modern popular culture is apparently making us smarter and more engaged.  When compared to television, film and literacy culture from twenty or thirty years ago Johnson’s premise is strong.  We have, in the last ten years or so, seen an increase in complex plot narratives, that once lounged comfortably in film, infiltrating mainstream television. Johnson takes his examples from a wider spectrum of media, but focus primarily on the popular television dramas 24, ER, Lost, and The Soprano’s, as well as looking at comedy programmes like Seinfeld. Since Johnson’s book was published an array of other television drama has continued the trend of complex and multiple narratives that weave and thread from episode to season.  Game of Thrones, The Corner, Boardwalk Empire, Curb Your Enthusiasm, and even video games such as Grand Theft Auto, all offer the audience an enormous amount of fat to chew on.  Johnson points out that audience engagement with these programmes is paramount to giving the show mainstream appeal.  Websites and blogs, magazines and television documentaries all vie to decipher the shows contents, narrative and dialogue, explain to casual viewers the heavy going dramas of 24’s Jack Bauer or the complex family values of Tony Soprano. Television is beginning to engage audiences on a cognitive level that satisfies the human emotional range more than film can.  Film is notable in its absence from Johnson’s book as an example of how modern popular culture is engaging our brains.

For decades popular film has offered only visual thrills and in the last decade, as digital technology has become more efficient and wide-spread,  the thrill has been replaced with a deafening roar of excessive and baffling visual effects. An example of this can be found in the Michael Bay directed Transformers: Revenge of the Fallen (2009), a film so riddled with visual CGI, the plot of the movie is drowned under a barrage of twisting and scattering metal contraptions battling each other for screen space.  The image has been described as …”unrelenting. It’s easy to walk away feeling like you’ve spent 2½ hours in the mad, wild hydraulic embrace of a car compactor” (Sharkey, 2009).  It doesn’t stop with Transformers.  Films such as Battle: LA (2009) and 2012 (2010), have been criticised for the extensive use of digital effects over human narrative.

The difference between the Loudness War in music and film is that music listeners are revolting against the manipulation of the audio and demanding authenticity to their music.   There is genuine campaigns battling the Loudness War in music, and demands are being made by the listener to bands and artists not to employ audio fakery to enhance the bombast of a song (http://turnmeup.org/).  The same cannot be said for the film audience.  There are no active campaigns against the use of CGI, or visual manipulation in modern cinema; audiences are not demanding more engaging and complex narratives from major production studios.  The only vocal concerns seem to stem from audiences of the original Star Wars trilogy who feel their childhood memories are being tampered with by the excessive use of digital re-mastering and CGI additions to the original films. This seems to be a solitary campaign that only extends to three films in particular; no demands are extended towards any other film.     Modern blockbusters are lauded by critics and audiences for their use of digital layers, but this is strictly a visual compliment.  The films fall short on an emotional level and offer only spectacle to compensate for the lack of humanity.

Stephen Lee Naish is the author of a short story collection called The Wingman and Other Sketches and an as yet unpublished film criticism book called Create or Die: The Lost Films of Dennis Hopper. His writing has appeared in the American arts and culture journals Gadfly Online, Empty Mirror, Scholardarity, The Fear of Monkeys, Mungbeing and the Australian arts magazine Retort.  He is British, but lives in Ontario, Canada with his wife Jamie and son Hayden.

One Response to Louder than War: Are Movies Falling into the Same Loudness Trap as Music?