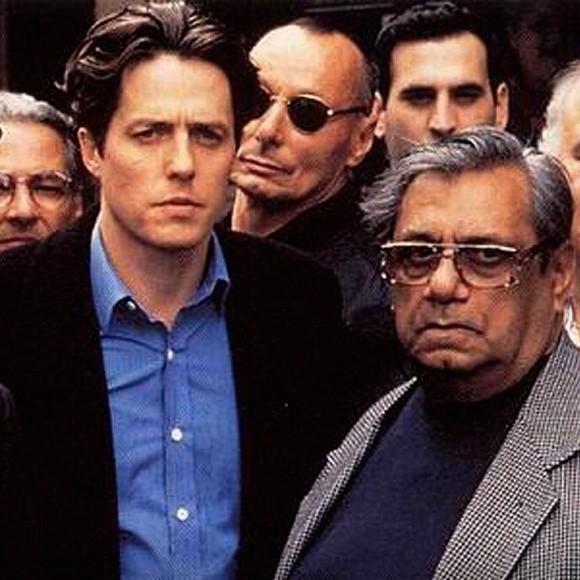 A gangland adventure utilizing the title of every movie I went to between the years 1999 and 2001 in roughly the order that I saw them.

Mickey Blue Eyes and his gang, the Cockney Crooners, had already eliminated the Fight Club, The Crew and the Wings of Desire, three of the biggest mobs in Brooklyn. If they won their rumble with the Kings of Comedy, they’d rule the borough.

As Mickey was leaving his apartment to stock up on bandanas and brass knuckles, his girlfriend Lola came around the corner. A Cadillac pulled up beside her, and Mickey shouted, “Run Lola Run!”

It was too late. A couple Kings in jester caps jumped out and threw Lola in the trunk.

“Just some insurance to make sure you show tomorrow,” said The Messenger.

Mickey felt like crying, but he held it in. His mother, an immigrant from Notting Hill, always told him, “Boys Don’t Cry, Mick. They get even.”

If he wanted to save Lola, he’d have to strike fast, like a Ghost Dog, and send the Kings on Felicia’s Journey. There were some Sweet and Lowdown characters in the Kings of Comedy (Mifune, Guinevere, and Titus, to name a few), but they had nothing on Mickey Blue Eyes. Once, Mickey stabbed a drunk in Mansfield Park just because the guy told him he looked like Hugh Grant gone terribly wrong. A few years later, a Girl Interrupted him during an episode of Dynasty, and he bludgeoned her with the remote. Mickey would shoot the Man on the Moon if he grinned at him funny.

It’s Cider House Rules when Mickey’s on the street or The Beach. Mess with him and you’ll be eating Angela’s Ashes faster than you can say, “Holy Smoke.” He’ll make you scream in High Fidelity until your brain goes Topsy Turvy, and Keeping the Faith won’t help. One time Mickey took a priest up to the House on Haunted Hill and beat him Black and White.

But Mickey has a soft side, too. He’s a sucker for a Girl on a Bridge. That’s where he met Lola Last September. He was on his way home from a Psycho Beach Party when he saw this gorgeous blonde about to take the big plunge.

“Don’t do it,” he said. “It’s almost Autumn in New York,and you’ll miss the foliage.”

“C’mon,” said Mickey. “I’ve seen Godzilla 2000 times and I’m not scared of lizards. Maybe you just need a little Sunshine in your life.”

“How about music? You ever hear the Wonder Boys sing ‘Dancer in the Dark?’ It’ll cheer you right up. You’ll be top of the pops, Best in Show, babe!”

Mickey put his arm around Lola and walked her off the bridge.

“Tell me why a beautiful kid like you wants to kill herself,” he said.

“It’s All About my Mother,” said Lola. “That and the crushing pressure of fame.”

“Sure. I’m only the biggest burlesque dancer in Coney Island. I got a lot of psycho fans, you know. It’s like Being John Malkovich or something.”

Mickey fell hard that day. If his heart was a gold mine, Lola had The Claim, but this could be The End of the Affair. The Kings of Comedy would probably call in The Talented Mr. Ripley to take care of Lola. Ripley’s M.O. was to gut his victims and stuff them with Magnolia petals. Mickey didn’t want to play those kinds of Reindeer Games. He’d lived through some Dark Days and seen a lot of Lost Souls, but Ripley was the worst.

Luckily, Mickey was Famous (Almost) for his rescue operations. One time, a bunch of Small Time Crooks who called themselves the Quills kidnapped his sister outside the Castaway Bar. Their leader, Cecil B. Demented, was In the Mood for Love and had a thing for Mickey’s sister. He told Mickey he could have her back when he was done with her, if he was willing to pay ten grand with no Proof of Life. Mickey found out where the Quills were holed up (down at The Yards) and went in swinging like The Legend of Drunken Master. He gave those creeps a Requiem for a Dream. Little sis got roughed up but not bad. After a quick visit to Nurse Betty she was good as new.

Saving Silverman was another matter. Silverman is Mickey’s half-brother—a Jewish kid from Brighton Beach. He lost a fortune at the track, and wound up in the clutches of Fat Elvis, the portliest gangster in Memphis. For the first time in his life, Mickey didn’t know what to do; he felt like The Shadow of the Vampire was on him.

He’d have to be a Crouching Tiger, Hidden Dragon to infiltrate Fat Elvis’s stronghold and Snatch Silverman. Hell, Charlie’s Angels would’ve had a hard time getting in there.

It was 3000 Miles to Graceland, and Mickey didn’t have a car, so he took the bus. He was so tired when he got to Memphis that he walked right into Traffic at the corner of State and Main. He would’ve ended up under a truck if his pal Eddie Pollock hadn’t grabbed him. Mickey told Eddie the situation, and Eddie got his crew together. A half hour later, they had Silverman, and Fat Elvis was on his way to see The Tailor of Panama.

If Mickey could find some help, he’d be able to save Lola, too. He called up his old girlfriend Josie, from Josie and the Pussycats. “No problem,” said Josie. “You Can Count On Me. I’d tear up Town and Country for you.”

Mickey and his boys joined forces with the Pussycats, liberated Lola, and ran the Kings of Comedy right out of Brooklyn. Lola gave Josie some attitude at first, but now they’re best friends and go to the movies with Mickey every weekend.

Dan Morey is a freelance journalist in Erie, PA.  His creative work has appeared in many publications, including Splitsider, Squawk Back, Lantern Magazine and Neutrons/Protons.  Find him at danmorey.weebly.com.