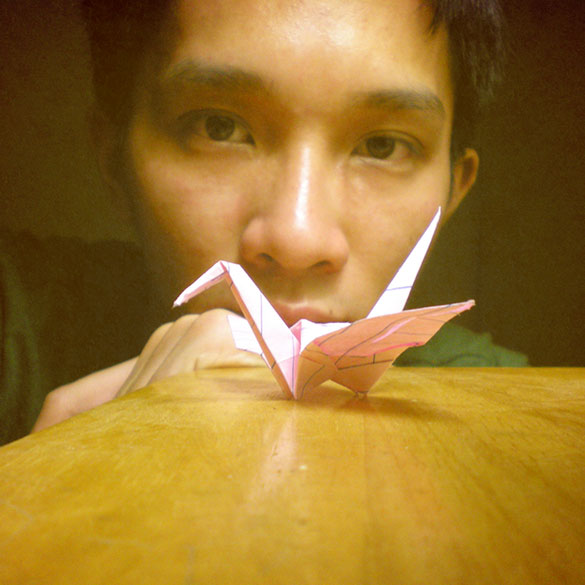 He was a mindful youth, a far cry from the silver spoonfed Aryan cupboard
“It’s off to the ovens for the soulless turds” were words his companions carelessly uttered
From the bleachers observing they’d watch candidly as people disbanded and suffered
Is this the skin of a superior person? He ran his hands up his face like a serious surgeon
But he couldn’t see the assertion, he was in a dream that was hurtful
The Jewish family down the street didn’t seem to deserve this evil subversion
That damn media circus, propaganda officers would preach in a circle,
His mind said race mathematics were wrong; avoid the public throngs, leap over hurdles
But ignorance is a disease that is terminal, one that can easily purge you…
The Wandervögel advanced through his town, thousands of capsized peers
Then stead of scalping they ran around like wild Indians with clipped off rabbi beards
A bad idea – he couldn’t share the same hive minded aggression, no rage in his veins
He found his way home while they helped the Wandering Jew find their place…in a grave
This was an age of the vague, painted in gray, standing tall in it’s capsulate citadel
The Twelve Tribes of Israel, twelve feet under, sprinkled with the ashes of Ishmael
Smog of blonde locusts became the wrath of God, bedazzled by hissing Heils
Embattled commission’s failed, most opposing Germans relaxed back on their Chippendales
Superstition about religion was administered and the draconic dragon ribbon sailed
Origami boy rode it into the sunset without chippin’ a nail –
Can I march into manhood proud or is cold blooded murder what this existence entails?
They stuck his brothers in the trenches, enlisted in duality enriched hands
Making a salary for sick plans, the Hitler Youth automaton personalities of tin cans
FINISH HIM! FINISH THAT JEW! Even then, they made fatalities legit brands
They sensed doubt in their comrade! Resentment! “You little trite — fag — LIAR!”
Origami boy saw hatred burning deep in their eyes that’d rival the Reichstag fires
Taken to a ghetto, handed a pistol, ordered to shoot a homeless beggar
POWPOWPOWPOWPOWPOWPOWPOWPOWPOWPOWPOWPOW
…and that’s the story of Origami Boy who folded under pressure.

The murmur of thunder guides the streams – power hunger, pride, and greed
Hang a man with a gatling gun stapled to his arms – it’ll justify the means
Floating mega cities over formaldehyde jungles lined with trees
are just a separate function of the bustling slums that lie beneath
I’m here to announce that the time vassals are back home..
turns out bridges between portal worlds have no gargoyle statues or black holes
I, Humanoid, changing the soundtrack to Asimov’s progressive rock
I don’t need respect or props – you can ask Dr. No or Professor Not
Those constellations in the sky are the ones erecting connect the dots
Shadows dance on fungi clots as sunlight projects into splintering cracks
Mercurian city ambience crawls up the cricket minister’s backs
Curdling, acidic morning dew bakes the land of batteries
You can almost see the elasticity of the puppet strings if you shake your hands erratically
Now shake your heads frantically, because you don’t go for known conspiracies
At the center of the labyrinth, this Stronghold; a home grown rose of tyranny
Plot summary: Boy genius rides the tide of time towards rock basaltic range
Future master and commander of his old metallic camper’s positronic brain
Turn on the TV…death…murder…tragedy….drug ransom
House on Haunted Hill…Meerkat Manor…Thug Mansion
I travel with – a clan of middle school clad, would’ve-been adventurers
Chanting aloud: “Rodney King…could’ve been an emperor!”
Faced the temperature, but these visor guards aren’t what they used to be
And loose debris targets my senses like bombardments from Jubilee
Primordial agents of death are discarded to the bluest seas
Artisans of lunacy, ruthlessly harvesting what’s been garnered from the shrewd and weak
Druid sheikhs are either cognitive, or soon to be –
The moon, a green mistress, as the last farthing of the gloom recedes
Revealing crossbred mechanical hybrids with pungent maroon hides
It tried to lasso the moon – The Truman Show prop’s circumference was too wide
Makeshift cardboard raft towards the shore of Carthage, lockjaw commoners
Mother’s at the Missing Robot Bureau reporting a long lost toddler
Indian style boy scout with native flag fragment strung sneakers
Children of the schoolyard – war paint splayed on their young features
It’s the planet of radium giants who overlook the subterraneous surf
Monkey sidekick – virus wiped mankind off the band-aid laden face of the earth

“You’re a ghost to most before they even notice.”

In the age of the oracle knights, this page is a horrible sight
And the universe is a dark coastal stretch save for the carnival lights
The sepulchral reside, abnormally wise casting questions to the holy fleets
“Is time a real estates man and can properties of the soul be leased?”
Warm pulsation of ghostly cheeks, vision inundated
Sophisticate serrated – spirituality is contemptuous enslavement
The most diminutive beings imaginable belong to systems vindicated
From intrinsic riddles of sphinxes written in scripted Aramaic
To Ecliptics barricaded in a mystic baron’s wasteland
The first hiccups serenading the throat came from disarming Saddam
Now cold torrents of ocean spray shower the sentient automatons
Tomorrow is gone; amphibian hounds wait at Elysium’s town gate
Supposedly posted for civilian downgrades –
The dead exodus Lead Pegasus glides through the lithium cloudscapes
This millennium’s frenetic in outbreaks…
It can think, but I can’t see a true equal in it’s bicentennial, round face
I believe in rights, I can pause and listen
in the city of bacterium where there’s no cost remittance
For any indentured servant to the laws of physics
I’m telling you, it’s codswallop, and cod wallow in the dark abysses
Mankind has lost it’s bossy mistress – ravaged by the palace guard
In a tavern after dawn weaving human webs with the tabernacle yarn
The book of life’s enraptured catalogues start with that cadaver splattered cross
If nothing even matters, scrap your cause
Sleep peacefully on the invisibly paperwing of the Casper albatross
Let go of the dead weight just when life throws it’s tasseled mastodons
The emerald veil of destiny somewhere beyond the alabaster smog
Where can I find the underworld registration sheet for tattered vagabonds?
For reasons unknown, it’s regional home can’t be revealed on its own
Unless speaking in unfeasible code – but being religiously flatfooted won’t help
You’ll bleed from your toes, watching people demote into chameleon drones
Helium smoke reeling in from Bahamian groves – surreal in it’s glow
If heaven’s on another plane I’ll start an airship service and prosper in Hell
I hope this all explains why roses are red, ghouls howl and carcasses smell
This art is a cell, a mitochondrion citadel where marauding Darwinists dwell
Might as well, with the spirit of the doomsday machine haunting itself

Erik Moshe is an aircrew flight equipment specialist for the U.S. Airforce. His travels while in service have included England, Italy, Kazakhstan, Iraq and Afghanistan. He currently lives in Tucson, AZ, where he is working on his first poetry collection concerning the future of advanced robotics, artificial intelligence, and DARPA. His work has appeared Gloom Cupboard, Spirit of the Stairway, Clutching at Straws, mad swirl, and Camel Saloon, among others.