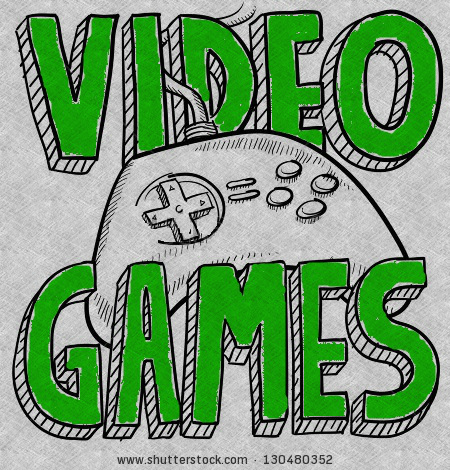 Once a minor detail, video game music has come to be a key part of the overall experience, to the point where some people even choose games because of the composers who worked on them. This music has also come to have a significant impact on other kinds of musical culture, but how did this happen? Is it simply a side effect of the massive growth in the popularity of games themselves or have other technological and cultural factors played a part?

People who played video games in their earliest incarnations back in the late ‘70s and early ‘80s will remember when all computer and game music had to be composed using just 16 notes. It’s possible to find a lot of these old games, such as Pacman and Gauntlet, on the Internet today to get an impression of what this was like. It actually led to the creation of some catchy tunes, as artists working within strict limitations always have to be more creative, but it obviously had limited potential. This was not music to play at parties or listen to on the daily commute.

It was a change in the way that computers stored and processed sound that revolutionized the music of video games. Once it became possible to store sound digitally as effectively as on a vinyl record or cassette tape, almost anything was possible; at the same time, improvements in speaker technology presented enhanced reproduction quality for the listener. This progress presented a new challenge for game designers. Clearly, they had to change their thinking and they achieved that by embracing “adaptive audio” that anticipated gameplay, thereby enhancing the game playing experience. Unfortunately, most of their existing composers had no experience in this area. Some responded by bringing in composers experienced in the necessary field, while Japanese designers, already ahead, trained people like Nobuo Uematsu – whose ‘Final Fantasy’ soundtracks made him a legend – to thrive in this newly advanced industry.

There are now many amazing pieces of video game music; games like Halo, World of Warcraft, and Zelda songs, would surely make most peoples’ top 10 list for their music. One interesting result of the emergence of this complex music is that it can now be heard in other contexts, from full orchestral renditions, like the London Philharmonic Orchestra’s full album of covers, to pop songs on the radio, many of which can be found in online radio channels created specifically for the genre.

Since the early 1990s, when video game sampling became popular in electronic dance and jungle music, the genre gained a new contemporary direction. As these early fans age out of the club scene, the ever-changing industry continues to appeal to them, and may attract their teenage children. Meanwhile, younger people who are into electronica are getting into the chiptune music of bands like Minibosses and Crystal Castles, who cover and expand upon games’ themes in creative ways. Covers of game themes have a cult following on YouTube, with the likes of Smooth McGroove, Joe Jeremiah and The Advantage carving out a reputation and sometimes playing live gigs.

All this has been great news for emerging composers, who have quickly been able to build reputations in the industry and use their experiences as a platform for launching wider-ranging careers. Meanwhile, composers learned in other areas and styles such as Trent Reznor and Hans Zimmer have crossed over to contribute their talents to the video game industry. Video game music is now a serious part of music culture in general and something you would hear everywhere, even if you gave up playing games.

3 Responses to The Music of the Gaming World: Evolution and Influence