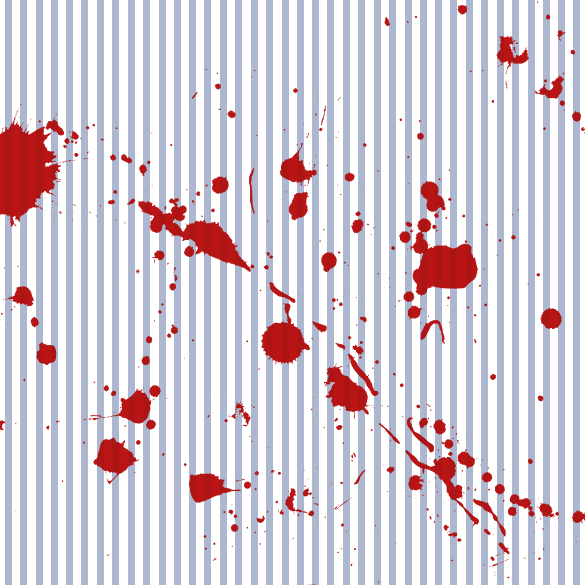 “Code five, all cars respond,” crackles a voice over the radio. “Homicide suspect on building on intersection of Laramie and Polasky…” Before the voice can finish, a bright white tennis shoe, visibly worn but tightly laced, slams on a dirty car accelerator. Hardly heeding the sidewalk, or officer demanding his identification, the owner of the white sneakers leaps out of his car and runs to the base of a building where cops are shooting lights and bullets at a shadowy figure racing along the roof. Kolchak, shuffling, ducking, and dodging along the pavement, snaps pictures with his camera as the figure leaps from the building, flings off a mob of officers, and flees.

Recognized throughout Chicago for his pastel seersucker suits, scruffy shoes, and affinity for the paranormal, Carl Kolchak is played by Darren McGavin in the 1974 television series Kolchak: Night Stalker. Like a few of the show’s literally undead antagonists, the legacy of the seventies Kolchak series refuses to die. A cult classic in the seventies, the series has spawned numerous imitations in the past few decades, including books, graphic novels, television shows, and movies.  Despite having yet to achieve long-term (read, highly profitable) success, the Kolchak legacy is remarkable for its refusal to fall into pop-culture oblivion. Even as recently as this past February, Johnny Depp signed his production company, Infinitum Nihil, on to revive the Kolchak story in the form of a feature film. Edgar Wright (Shaun of the Dead, Hot Fuzz, Scott Pilgrim vs. the World) will direct, and Depp himself will be stepping into the reporter’s bedraggled tennis shoes.

How Depp’s portrayal of Kolchak will be received (once chatter from Depp’s fame itself is discounted) is hard to predict. Depp is known to take and excel in more unconventional roles, creating unique characters that form a movie’s heart, as he does most famously in Edward Scissorhands and even Pirates of the Caribbean. Undoubtedly, Depp will be able to slip on Kolchak’s favorite straw hat, or whatever its modern equivalent might be, with zeal. However, in shaping his portrayal of Kolchak, Depp must walk the fine line between his own original interpretation of the character and capturing the Kolchak that Darren McGavin, the original seventies Kolchak, has created. Even if Depp does manage to channel McGavin, even if having Disney produce the movie doesn’t completely tone-down and ruin the plotline, and even if Kolchak’s old sneakers do manage to hold up—do we really need another Kolchak movie?

Kolchak’s origins can be traced back to a 1971 novel by Jeff Rice, which depicts Kolchak as a displaced New York reporter in Las Vegas. After some complicated and somewhat shady dealings, ABC obtained the rights to The Kolchak Papers with the intention of creating a television movie written by Richard Matheson, a writer for the Twilight Zone.[1] Kolchak stumbled into the public eye in The Night Stalker, an original television movie, in 1972. The Night Stalker, which follows Kolchak as he pursues a potential vampire in Las Vegas, proved wildly popular, becoming ABC’s highest-rated television movie at the time. This success sent Kolchak running to Seattle, Washington, where he investigated another string of mysterious deaths in 1973’s sequel, The Night Strangler, written entirely by Matheson.[2] After these two movies, Rice’s original novel, The Kolchak Papers, was published as a paperback and re-titled, The Night Stalker. A second novel by Rice was released shortly afterwards in 1974. This novel was titled The Night Strangler, and based upon Matheson’s screenplay of the movie.

Kolchak, however, was not the first, or only, paranormal investigator to grace America’s television sets (although he was the first and only to have such an affinity for seersucker). The Kolchak franchise is simply a single strand in the era’s elaborate web of sci-fi and paranormal television shows. In 1959, the Twilight Zone introduced the unknown to the mainstream. Dark Shadows, a show produced by Dan Curtis about an era-displaced vampire named Barnabas Collins (recently remade with the same title into a movie also by Johnny Depp and Tim Burton), would soon follow. One year after wrapping Dark Shadows, Curtis became the producer for the Kolchak television series. In turn, Kolchak heavily inspired Chris Carter, who in 1993 would create the X-Files.

The wear-and-tear and mysterious stains that Kolchak’s sneakers garnered—dashing through swamps, dusty mansions, sterilized labs, gritty crime scenes—for his two movies and books proved worthwhile. The popularity of both Kolchak movies prompted ABC to start the weekly series, aptly titled Kolchak: The Night Stalker in 1974. The show sticks closely to the formula of the movies: Kolchak argues with his exasperated editor, Tony Vincenzo; Kolchak surreptitiously seeks the truth behind unusual crimes; Kolchak discovers the antagonist is actually a vampire/zombie/alien/Jack the Ripper/other paranormal creature; Kolchak is forced to suppress the truth from the public by higher powers (the government) in order to prevent widespread panic and preserve reputations. Fired and rehired by Vincenzo, a perplexed Kolchak says, “For reasons I have never been able to understand, Vincenzo has always confused my reporter’s clever ingenuity with what he calls high handed lunacy.” Repeat weekly.

Although the Kolchak series today may come off like caricature—the curious reporter, the hotheaded editor, and powerful and shady government figures—an uneasy hint of reality pervades the series as well, in that Kolchak and crew react to improbable paranormal events in a realistic manner. Unlike many of the protagonists of modern television, who (if they don’t have superpowers themselves) never seem too surprised at the appearance of paranormal or evil-incarnate antagonists, McGavin plays Kolchak as the average Joe thrust into the shoes of investigator. When Kolchak attempts to stealthily peer into a decrepit mansion, but noisily steps through a rotting plank in the porch, we can relate with his clumsiness. When Kolchak hastily shovels droves of “Miss Emily” advice-inquiry letters into his desk, we appreciate that he feels no righteous ethical qualms in ignoring a dull assignment. When Kolchak takes a wooden stake and slowly drives it into a vampire’s heart, with three echoing, tangible strokes of a hammer, his victory, horror, and fascination is palpable in the echoing silence. Kolchak, running around in his horribly conspicuous outfit, seems to know about as much about fighting paranormal problems as we do—not much.

So once again, why would Depp choose now to lace up Kolchak’s outdated shoes? Our current crime fighters reflect the fears and desires of this decade: the fear of individual imperfection in face of high standards and oversized problems; the desire to be flawless, immortalized, envied. Our superheroes today—dipped, coated, and injected with mysterious chemicals—are as unattainable as the perfection our society seeks. Kolchak is none of these things. He is clumsy, old, stubborn, loud, fearful, insatiably curious, a bit out of shape, disliked by his peers, sarcastic, and unfashionable. Carl Kolchak, with his whistling ways, might get a nod for his determination and pluck in this era, but would probably find it difficult to measure up to current hero standards—even the standards of those without superpowers, like Batman (unless you count wealth as a superpower). In our era of globalization and supersized obstacles, only the genetically enhanced seem to have the ability to save us from ourselves.

His average genetics notwithstanding, Kolchak has already made a run at success within the past decade. In 2005, ABC aired a Kolchak knock-off, titled Night Stalker. The show, which casts Kolchak as a reporter seeking the truth behind his wife’s murder, gives Kolchak a more melancholy tilt from the comedic undertones of the seventies original. Due to poor ratings, the series lasted a grand total of six episodes. The Kolchak of Night Stalker, sans cool superpowers or genetic mutations, emits the vibe of a low-income Batman: angst-driven and tormented, but lacking a Batmobile to let off some steam. In other words, Night Stalker cripples the racing Kolchak by shooting itself in the foot—by failing to cater to today’s need for an untouchable and perfect hero, and by also denying the relatable authenticity of the Kolchak of the seventies, 2005’s Night Stalker is simply uninteresting.

At the end of The Night Stalker movie, Kolchak’s voice monologues from his tape recorder: “So, when you have finished this bizarre account, judge for yourself its believability, and then try to tell yourself, wherever you may be, it couldn’t happen here.” What made Kolchak perhaps so captivating in the seventies was the subtle fear that maybe it really could happen here. In a decade plagued by political disillusionment, the reliable foundations of society were cracking. Events like Watergate and Vietnam bulldozed traditionally held images of a trustworthy government and the invincibility of the nuclear family. In those complicated times, the idea of an antagonist simply appearing from the mysterious unknown might have seemed like a refreshingly simple explanation during a decade of convoluted difficulties. Kolchak, barely surviving through each week to the next show, could have easily been you or me. As McGavin said in 1991 about his character: “He’s kind of a folk hero who’s battling the forces of evil that we can’t pin down ourselves and deal with. That’s what Kolchak told us at the end of every show: ‘It’s true. Don’t you understand? It’s true.’

Today, in a culture characterized by bickering political parties, vague terrorist threats, and the increasing omnipotence of the Internet and technology, we’ve accepted the realities that the seventies grappled to deal with: we do understand that “it’s true” and that we can’t rely on the government and society to be flawless, as much as we desperately covet perfection in our culture. What can Depp bring to the table as Kolchak today, besides another quirky character and a faded rendition of a character that was greatest in his own era? Perhaps Depp believes that Kolchak will provide us with a needed dose of genuine reality—a hero we can relate to, flaws and all. Or perhaps Kolchak’s sneakers are better left alone, a worn-out memory of a decade past.