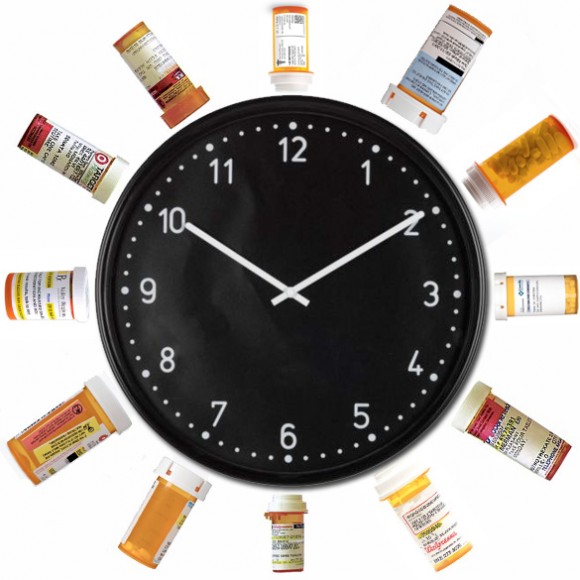 I was tired. The sensation of sleep was overbearing. I was not one for coffee, but I needed a cup. Black. That would be enough to wake me up, drive home, and I wanted to go home. I wanted to be inside. I wanted to know what was going on. Instead, I was sitting here, listening to the repeating news and medicated commercials. I was ready to go nuts.

A woman maybe in her forties sat not too far from me. She was hunched over, biting her lip, and when she wasn’t biting her lip, she was mouthing something. It was a name. It was familiar, but it slipped from my mind as I watched her twist her hands around and around in her lap. I couldn’t tell if she was just in pain, or if she was crazy.  Maybe both, but now she fixed me with a hard stare. And it was I that twisted in my seat.

There was an older gentleman nearby. He reminded me of Paul Bunyan. I stifled a laugh, and he too shot me a look. My smile faded. Yes, I knew exactly where we were, and this was no laughing matter. I just wanted to get the fuck out of there, and I couldn’t. I was glued to that chair, and there was nothing that I could do but wait. And I’d been waiting for a long time now, and I was getting worried.

Loud, annoying squeaking broke me out of my reverie. It was coming from the hallway. It stopped. A smile twitched at my lips, and then the squeaking commenced. I tried not to laugh, and I succeeded when I realized that the squeaking came from the doctor’s shoes. He stopped right before me and tapped on those ugly, plastic windows with his knuckles. I watched him lean over and say something to one of the receptionists, who quickly jumped up and grabbed the requested forms. He then moved away, and the squeaking began.

“Sorry.” I was surprised by his thick accent. “My shoes squeak,” and he stormed away. I didn’t realize that I was still smiling.

A name was called. I jumped. It wasn’t for me. It was for the elderly lady, who was guided by her daughter over to the nurse. They disappeared inside, leaving only me and the other two here to stare out into nothing but space.

“I trusted you!” Her screaming broke me from my trance. “I trusted you! Don’t tell me to calm down! You give me this shit, and you didn’t know it could do that! Look at me! What do I do now! How am I supposed to live my life? You’re a fucking doctor!  You were supposed to help me! Get away! Stop pushing me into this room! I want my lawyer! I’m going to sue you…” A door slammed shut.

“Like they’re safe in there,” I thought. “Now, what was that damn word?”

The door, where the nurse had shortly welcomed in that elderly woman, flew open. Another woman emerged. Tears streamed down her face. She bolted down the hallway. Her three-year-old son just stood there. He just stood there, and then he slowly met my gaze. “They killed him,” he said.

Nobody said anything. Nobody moved. We just stared at him, and he said nothing else. Finally, a receptionist moved away from her desk and was about to open her door when the mother re-appeared. She stormed into the waiting room, grabbed her son by the hand, and was once again about to bolt, but then she just stopped. “If I were you,” she began. “Run,” and she did along with her son this time.

“What the hell,” the man muttered through gritted teeth.

“Come on. What was the word? That damn word,” I said to myself. “Think,” and I did. And I realized finally what she was mouthing, and I asked her, if that was the word. And she nodded, and I couldn’t stop the next question from escaping my mouth. “Is that why you are here?”

“Yes,” she hissed, and then she rocked back and forth in her chair. “Yes,” she repeated.

“She’s lucky that it made her crazy.”

“Well, it’s still horrible. How could you say such a thing?”

“Lady, look at me,” and I did. “I look nice and calm to you?” I slowly nodded.  “You have no idea of how much pain I am in right now, and it is taking every effort for me not to scream. Loudly.”

“I bet you are,” and then we heard another name called. “If you hear screaming.  Again.” He rose from his seat. “That would be me,” and he walked into the room, followed by the nurse.

“Lies,” she shrieked, and the receptionists jumped. I jumped. “Lies! Lies! Lies!”

“If you don’t stop, we’ll call security,” a receptionist threatened, and the woman fell silent, once again mouthing that damn word. “Thank you,” and the window slammed  shut.

“That could be me,” I thought. “I could be crazy, or in pain. Or both. How could such a drug be allowed to be given to people? How could they do that? It’s an antibiotic.  It’s supposed to cure and save lives not cripple people. What if it kills?” I shuddered.  “Well, so far, so good. Right?  Right?” I swallowed hard. “How long does it stay in the body? When was the last time that I took it?” A man’s scream thundered through the hall. It was him. “Please, God, save him.  Save me,” and then I remembered why I was here. It was because my father was given something, something in the same family as my medication, and I remembered the little boy and what he said. “Please, God,” I nearly cried out loud. “Please,” and a tear slipped down my face.

“He’s okay. I think.” My mother stood nearby. “I think, but he can go home.  Let’s go home.” She held my stare. “I know it’s late. I’m sorry. It took forever.” I found that I had no strength to get up. I just sat in the chair, and I looked over at that poor woman. “Honey?” I glanced back at my mother. “Are you okay?”