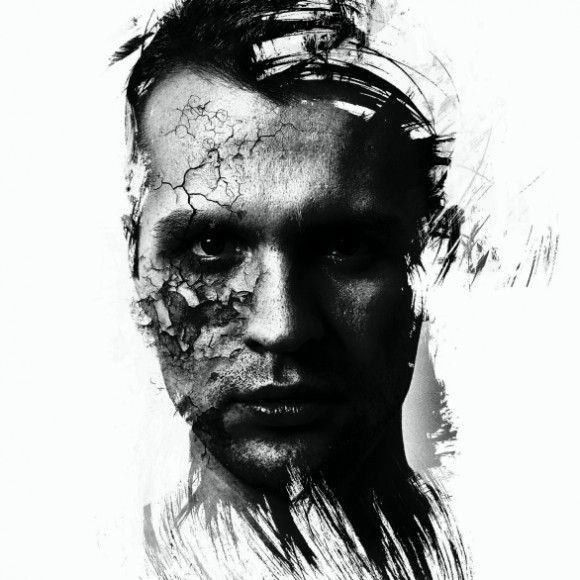 The roads were quiet.  Even the cars were afraid to make noise.  The windows were tinted.  Nobody wanted to know nobody.  They just drove on, hoping to get from A to B.  Only a few like me refused to disappear and walk these broken streets.

The billboards were washed white.  Strangers walked by in a hurry.  Black hoodies covered their faces.  Hands shoved into pockets.  Warning glances daggered out.  Stay Away.  Nobody wanted to know nobody, and I avoided eye contact.  Unlike them, my face was not covered.

The movie posters were gone.  Sensitivity had screamed.  Tear them down, they said.  And now vacant lots hung on ugly walls, cold and barren of dreams.  The doors were chained except one, and you had to squeeze between metal.  I squeezed, and still I bled.  Warm droplets kissed skin as I approached another tinted window, knowing that someone was there, but they wanted to remain unseen, unknown.

An electronic number flashed against the black.  A credit card danced across the red scanner.  A ticket emerged.  Like the billboards, it too was painted white, and my flesh paled against it.  My mind flickered, wanting human connection, but there was none.  Only cold white breath of impatience kissed the black now, wanting nothing more than for me to be gone.

No refreshments.  Too much fear of germs, disease.  The stuff was never good for you anyway, and I’ve learned tricks as to sneaking food in.  Today I didn’t.  I just approached the angry looking machine with its gaping mouth, hungering for my ticket.  Again, no human connection.  I should have known better.

My watch beeped.  Movie time.  The screen remained white.  I could hear the whirring of the machines in the back.  No film flapping in the breeze.  Sensitivity had screamed.  The films were erased.  All that was left was white, and as I melted into white, my face appeared before me.  I was not afraid to be seen, but they were.  Nobody wanted to know nobody including me, but I refused to hide.  And they edged closer, my erasure.

My watch beeped again.  Two hours died.  Their eyes remained dark, unfulfilled.  Faces shadowed.  Hands pushed into darkness.  They waited for me to move, and I slowly did.  Fear kissed my heart, but I would not fade.  I walked the aisle like a Dead Man Walking, and What Dreams May Come remained burning inside of me.  Here, they could not touch me.  Out there they could, and their shadows bit at my heels.  I would not run.  Let those hounds chase me, and I would meet them face to face.  Once seen they would become broken.

Again, metal bit skin.  The streets remained broken.  Cars whispered by.  Newspapers did their dying dance of screaming headlines.  The world faded to black.  I remained, a ghost in white.  What they failed to realize was that the world is not black and white, but it lived along those lines, captivated by fear and sensitivity.  Until that barrier is broken, all that remains are those like me.