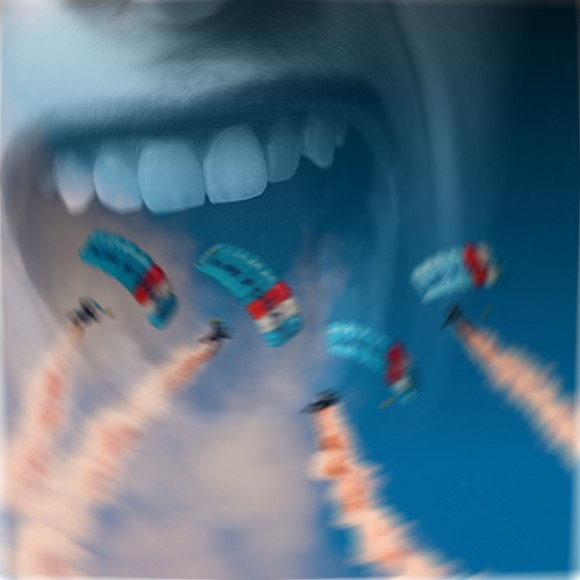 Bright sunlight penetrated my eyes. The bed felt familiar underneath me. The room looked familiar. It took me a long moment to realize that I was back home. I had no memory of where I was before or how I had even arrived here, but I felt safe. Something inside whispered that was all I needed to know. For now.

The house was quiet. As usual, the stairs creaked as I walked down them. More sunlight. A smell of breakfast rumbled my stomach, but they had already eaten. They did not wait for me. Did they not want to wake me?

I moved past the basement door. A smile tickled my face. I used to joke about the basement being nothing more than a steel trap: you could get in but getting out was the fun part. And still, nothing. Where did everyone go?

The television set was softly playing in the family room. Its audience was a long, torn couch. A newspaper rested against one cushion. I lifted it up, allowing the ink to stain flesh, and my eyes fell upon the date. It was two years later. Where was I for that period of time? Two years? Why couldn’t I remember?

My attention returned back to the television set. A scenery of bright blue skies met my gaze. A moment later, the skies grew crowded with little, white clouds. As the camera zoomed in, these little, white clouds became parachutes with dark stems. Like those standing on the ground, I leaned in closer, curious, and the parachutes landed. And they did not hesitate, opening fire on the unsuspecting, who remained standing, frozen with wonder and terror.

The scenery changed to a bitter news station. The reporter was deadly pale, talking about a disease that was ravaging this world. They came from an unseen enemy. They were everywhere. It didn’t matter how many we killed. They were still coming, and they were still bent on our destruction.

The news reporter grew more bitter, talking about our leader. I knew he was a mistake, and now, the world knew it. He had grabbed his family and ran into a bunker, leaving the rest of us to fend for ourselves. Maybe we were better off without his leadership. Still, how do you fight a relentless enemy or enemies such as these? And they still were coming. They were truly, as the news reporter called them, a disease.

I glanced outside the window. My neighbor saw me, quickly shutting the blinds afterward as if seeing a monster. Maybe I should look into a mirror. I wasn’t even wearing my clothes. I think these were my father’s clothes, and then I saw him standing outside the house, staring up into the sky. And that filled me with dread.

I raced outside, and sure enough, the bright blue skies were crowded with little, white clouds. They were coming. They were coming here, armed with guns. If we didn’t move now, we would surely be dead, and I grabbed hold of my father, who staggered back as if attacked again by a monster.

“Dad?” He just stared at me. “Dad!” He blinked. “Where is everyone?” My brothers were now behind me, ready to attack. “Look, I don’t know what’s happening here.”

“No. I don’t. Care to explain? Quickly?” My father pointed at the growing parachutes. “I don’t understand, Dad.” They were getting closer. “We have to go.” I glanced back at my brothers. “We have to go. Now!”

“They keep on coming,” one of my brothers said.

“We can’t stop them,” the other replied.

“I can.” But I didn’t understand those words coming from my mouth. “Right now, we need to get inside.”

“Where? Where are we supposed to hide from them? They’re relentless,” my father said.

“The basement,” I responded. “It’s a steel trap. Remember when we got locked in there?” I gestured toward my brothers, and they looked surprised.

“He’s back,” they whispered in sync. “It’s him.” But I didn’t understand that either.

“Please. They’re almost here. Run. Run,” and I watched them run. I didn’t follow. “I’ll be right behind you.”

One landed a moment later. He was just a kid. His eyes were black. The gun was ready. He fired at them, but I surprised him with an attack. He looked at me like he knew me, and I knew him. But how was that possible? He shook that familiarity off and aimed his gun at me. It was him or me. I chose me, but as I grabbed the gun and pumped his body full of lead, I could not help but feel as if I were him.

I bolted for the house. I clutched his gun tightly in my hands. I could hear the gunfire in the air, the screams. My heart broke. What monstrosity had unleashed this upon the world, and how was I going to stop it? I guess it didn’t matter. Somehow, someway, I was going to cure this disease but right now, the only thing that mattered was my family. They had to survive. No matter what, we would survive. The steel door slammed shut behind me.