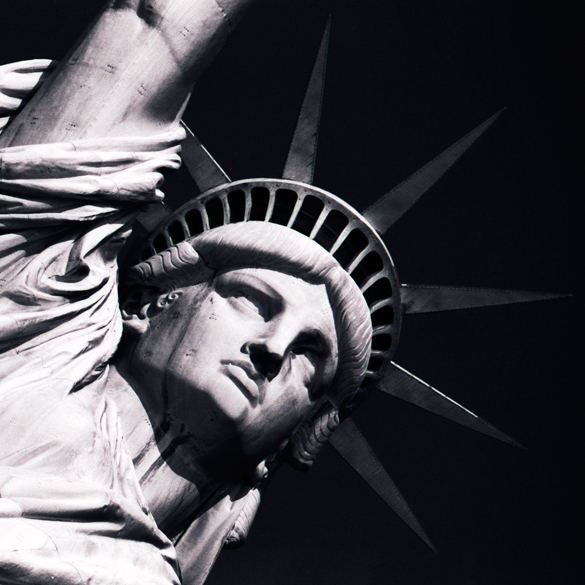 If you answered yes to any of the above questions, you may be an anti-government extremist (a.k.a. domestic terrorist) in the eyes of the police.

As such, you are now viewed as a greater threat to America than ISIS or al Qaeda.

Let that sink in a moment.

If you believe in and exercise your rights under the Constitution (namely, your right to speak freely, worship freely, associate with like-minded individuals who share your political views, criticize the government, own a weapon, demand a warrant before being questioned or searched, or any other activity viewed as potentially anti-government, racist, bigoted, anarchic or sovereign), you have just been promoted to the top of the government’s terrorism watch list.

I assure you I’m not making this stuff up.

Police agencies now believe the “main terrorist threat in the United States is not from violent Muslim extremists, but from right-wing extremists.”

A New York Times editorial backs up these findings:

Law enforcement agencies around the country are training their officers to recognize signs of anti-government extremism and to exercise caution during routine traffic stops, criminal investigations and other interactions with potential extremists. “The threat is real,” says the handout from one training program sponsored by the Department of Justice. Since 2000, the handout notes, 25 law enforcement officers have been killed by right-wing extremists, who share a “fear that government will confiscate firearms” and a “belief in the approaching collapse of government and the economy.”

So what is the government doing about these so-called terrorists?

Under the guise of fighting violent extremism “in all of its forms and manifestations” in cities and communities across the world, the Obama administration has agreed to partner with the United Nations to take part in its Strong Cities Network program. Funded by the State Department through 2016, after which “charities are expected to take over funding,” the cities included in the global network include New York City, Atlanta, Denver, Minneapolis, Paris, London, Montreal, Beirut and Oslo.

Working with the UN, the federal government will train local police agencies across America in how to identify, fight and prevent extremism, as well as address intolerance within their communities, using all of the resources at their disposal.

What this program is really all about, however, is community policing on a global scale.

Community policing, which relies on a “broken windows” theory of policing, calls for police to engage with the community in order to prevent local crime by interrupting or preventing minor offenses before they could snowball into bigger, more serious and perhaps violent crime. The problem with the broken windows approach is that it has led to zero tolerance policing and stop-and-frisk practices among other harsh police tactics.

When applied to the Strong Cities Network program, the objective is ostensibly to prevent violent extremism by targeting its source: racism, bigotry, hatred, intolerance, etc.

In other words, police—acting ostensibly as extensions of the United Nations—will identify, monitor and deter individuals who exhibit, express or engage in anything that could be construed as extremist.

As residents and experts in their communities, local leaders are often best positioned to pinpoint sources of unrest and discord; best equipped to identify signs of potential danger; and best able to recognize and accommodate community cultures, traditions, sensitivities, and customs.  By creating a series of partnerships that draws on the knowledge and expertise of our local officials, we can create a more effective response to this virulent threat.

Translation: U.S. police agencies are embarking on an effort to identify and manage potential extremist “threats,” violent or otherwise, before they can become actual threats. (If you want a foretaste of how “extreme” things could get in the U.S.: new anti-terrorism measures in the U.K. require that extremists be treated like pedophiles and banned from working with youngsters and vulnerable people.)

The government’s war on extremists, of which the Strong Cities program is a part, is being sold to Americans in much the same way that the USA Patriot Act was sold to Americans: as a means of combatting terrorists who seek to destroy America.

For instance, making the case for the government’s war on domestic extremism, the Obama administration has suggested that it may require greater legal powers to combat violent attacks by lone wolves (such as “people motivated by racial and religious hatred and anti-government views” who “communicate their hatred over the Internet and through social media”).

However, as we now know, the USA Patriot Act was used as a front to advance the surveillance state, allowing the government to establish a far-reaching domestic spying program that has turned every American citizen into a criminal suspect.

Similarly, the concern with the government’s anti-extremism program is that it will, in many cases, be utilized to render otherwise lawful, nonviolent activities as potentially extremist.

Keep in mind that the government agencies involved in ferreting out American “extremists” will carry out their objectives—to identify and deter potential extremists—in concert with fusion centers (of which there are 78 nationwide, with partners in the private sector and globally), data collection agencies, behavioral scientists, corporations, social media, and community organizers and by relying on cutting-edge technology for surveillance, facial recognition, predictive policing, biometrics, and behavioral epigenetics (in which life experiences alter one’s genetic makeup).

This is pre-crime on an ideological scale and it’s been a long time coming.

For example, in 2009, the Department of Homeland Security (DHS) released two reports, one on “Rightwing Extremism,” which broadly defines rightwing extremists as individuals and groups “that are mainly antigovernment, rejecting federal authority in favor of state or local authority, or rejecting government authority entirely,” and one on “Leftwing Extremism,” which labeled environmental and animal rights activist groups as extremists.

Incredibly, both reports use the words terrorist and extremist interchangeably.

That same year, the DHS launched Operation Vigilant Eagle, which calls for surveillance of military veterans returning from Iraq and Afghanistan, characterizing them as extremists and potential domestic terrorist threats because they may be “disgruntled, disillusioned or suffering from the psychological effects of war.”

These reports indicate that for the government, anyone seen as opposing the government—whether they’re Left, Right or somewhere in between—can be labeled an extremist.

Fast forward a few years, and you have the National Defense Authorization Act (NDAA), which President Obama has continually re-upped, that allows the military to take you out of your home, lock you up with no access to friends, family or the courts if you’re seen as an extremist.

Now connect the dots, from the 2009 Extremism reports to the NDAA and the UN’s Strong Cities Network with its globalized police forces, the National Security Agency’s far-reaching surveillance networks, and fusion centers that collect and share surveillance data between local, state and federal police agencies.

Add in tens of thousands of armed, surveillance drones that will soon blanket American skies, facial recognition technology that will identify and track you wherever you go and whatever you do. And then to complete the circle, toss in the real-time crime centers being deployed in cities across the country, which will be attempting to “predict” crimes and identify criminals before they happen based on widespread surveillance, complex mathematical algorithms and prognostication programs.

Hopefully you’re getting the picture, which is how easy it is for the government to identify, label and target individuals as “extremist.”

We’re living in a scary world.

Unless we can put the brakes on this dramatic expansion and globalization of the government’s powers, we’re not going to recognize this country 20 years from now.

Frankly, as I make clear in my book Battlefield America: The War on the American People, the landscape has already shifted dramatically from what it was like 10 or 20 years ago. It’s taken less than a generation for our freedoms to be eroded and the police state structure to be erected, expanded and entrenched.

If there is to be any hope of freeing ourselves, it rests—as it always has—at the local level, with you and your fellow citizens taking part in grassroots activism, which takes a trickle-up approach to governmental reform by implementing change at the local level.

And then, while you’re at it, urge your local governments to nullify everything the federal government does that is illegitimate, egregious or blatantly unconstitutional.

If this sounds anti-government or extremist, perhaps it is, in much the same way that King himself was considered anti-government and extremist. Recognizing that “freedom is never voluntarily given by the oppressor; it must be demanded by the oppressed,” King’s tactics—while nonviolent—were extreme by the standards of his day.

As King noted in his 1963 “Letter from Birmingham City Jail”:

So how do you not only push back against the police state’s bureaucracy, corruption and cruelty but also launch a counterrevolution aimed at reclaiming control over the government using nonviolent means?

Take a cue from King.