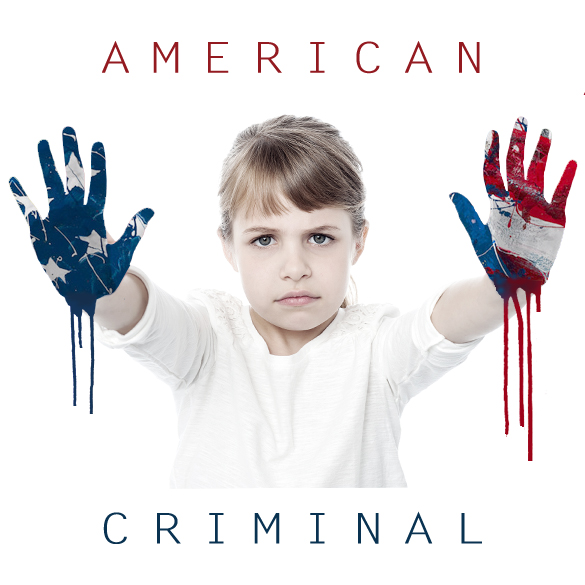 “Never in the civilised world have so many been locked up for so little.”—“Rough Justice in America,” The Economist

Why are we seeing such an uptick in Americans being arrested for such absurd “violations” as letting their kids play at a park unsupervised, collecting rainwater and snow runoff on their own property, growing vegetables in their yard, and holding Bible studies in their living room?

Consider what happened to Nicole Gainey, the Florida mom who was arrested and charged with child neglect for allowing her 7-year-old son to visit a neighborhood playground located a half mile from their house.

For the so-called “crime” of allowing her son to play at the park unsupervised, Gainey was interrogated, arrested and handcuffed in front of her son, and transported to the local jail where she was physically searched, fingerprinted, photographed and held for seven hours and then forced to pay almost $4000 in bond in order to return to her family. Gainey’s family and friends were subsequently questioned by the Dept. of Child Services. Gainey now faces a third-degree criminal felony charge that carries with it a fine of up to $5,000 and 5 years in jail.

For Denise Stewart, just being in the wrong place at the wrong time, whether or not she had done anything wrong, was sufficient to get her arrested.

The 48-year-old New York grandmother was dragged half-naked out of her apartment and handcuffed after police mistakenly raided her home when responding to a domestic disturbance call. Although it turns out the 911 call came from a different apartment on a different floor, Stewart is still facing charges of assaulting a police officer and resisting arrest.

And then there are those equally unfortunate individuals who unknowingly break laws they never even knew existed. John Yates is such a person. A commercial fisherman, Yates was sentenced to 30 days in prison and three years of supervised release for throwing back into the water some small fish which did not meet the Florida Fish and Wildlife Commission’s size restrictions. Incredibly, Yates was charged with violating a document shredding provision of the Sarbanes-Oxley Act, which was intended to prevent another Enron scandal.

The list of individuals who have suffered similar injustices at the hands of a runaway legal system is growing, ranging from the orchid grower jailed for improper paperwork and the lobstermen charged with importing lobster tails in plastic bags rather than cardboard boxes to the former science teacher labeled a federal criminal for digging for arrowheads in his favorite campsite.

As awful as these incidents are, however, it’s not enough to simply write them off as part of the national trend towards overcriminalization—although it is certainly that. Thanks to an overabundance of 4500-plus federal crimes and 400,000 plus rules and regulations, it’s estimated that the average American actually commits three felonies a day without knowing it.

Nor can we just chalk them up as yet another symptom of an overzealous police state in which militarized police attack first and ask questions later—although it is that, too.

Nor is the problem that we’re a crime-ridden society. In fact, it’s just the opposite. The number of violent crimes in the country is down substantially, the lowest rate in 40 years, while the number of Americans being jailed for nonviolent crimes, such as driving with a suspended license, are skyrocketing.

So what’s really behind this drive to label Americans as criminals?

As with most things, if you want to know the real motives behind any government program, follow the money trail. When you dig down far enough, as I document in my book A Government of Wolves: The Emerging American Police State, you quickly find that those who profit from Americans being arrested are none other than the police who arrest them, the courts which try them, the prisons which incarcerate them, and the corporations, which manufacture the weapons and equipment used by police, build and run the prisons, and profit from the cheap prison labor.

Talk about a financial incentive.

First, there’s the whole make-work scheme. In the absence of crime, in order to keep the police and their related agencies employed, occupied, and utilizing the many militarized “toys” passed along by the Department of Homeland Security, one must invent new crimes—overcriminalization—and new criminals to be spied on, targeted, tracked, raided, arrested, prosecuted and jailed. Enter the police state.

Second, there’s the profit-incentive for states to lock up large numbers of Americans in private prisons. Just as police departments have quotas for how many tickets are issued and arrests made per month—a number tied directly to revenue—states now have quotas to meet for how many Americans go to jail. Having outsourced their inmate population to private prisons run by corporations such as Corrections Corp of America and the GEO Group, ostensibly as a way to save money, increasing numbers of states have contracted to keep their prisons at 90% to 100% capacity. This profit-driven form of mass punishment has, in turn, given rise to a $70 billion private prison industry that relies on the complicity of state governments to keep the money flowing and their privately run prisons full. No wonder the United States has the largest prison population in the world.

But what do you do when you’ve contracted to keep your prisons full but crime rates are falling? Easy. You create new categories of crime and render otherwise law-abiding Americans criminals. Notice how we keep coming full circle back to the point where it’s average Americans like you and me being targeted and turned into enemies of the state?

That brings me to the third factor contributing to Americans being arrested, charged with outrageous “crimes,” and jailed: the Corporate State’s need for profit and cheap labor. Not content to just lock up millions of people, corporations have also turned prisoners into forced laborers.

According to professors Steve Fraser and Joshua B. Freeman, “All told, nearly a million prisoners are now making office furniture, working in call centers, fabricating body armor, taking hotel reservations, working in slaughterhouses, or manufacturing textiles, shoes, and clothing, while getting paid somewhere between 93 cents and $4.73 per day.” Tens of thousands of inmates in U.S. prisons are making all sorts of products, from processing agricultural products like milk and beef, to packaging Starbucks coffee, to shrink-wrapping software for companies like Microsoft, to sewing lingerie for Victoria’s Secret.

What some Americans may not have realized, however, is that America’s economy has come to depend in large part on prison labor. “Prison labor reportedly produces 100 percent of military helmets, shirts, pants, tents, bags, canteens, and a variety of other equipment. Prison labor makes circuit boards for IBM, Texas Instruments, and Dell. Many McDonald’s uniforms are sewn by inmates. Other corporations—Microsoft, Victoria’s Secret, Boeing, Motorola, Compaq, Revlon, and Kmart—also benefit from prison labor.” The resulting prison labor industries, which rely on cheap, almost free labor, are doing as much to put the average American out of work as the outsourcing of jobs to China and India.

No wonder America is criminalizing mundane activities, arresting Americans for minor violations, and locking them up for long stretches of time. There’s a significant amount of money being made by the police, the courts, the prisons, and the corporations.

What we’re witnessing is the expansion of corrupt government power in the form of corporate partnerships which both increase the reach of the state into our private lives while also adding a profit motive into the mix, with potentially deadly consequences.

If it sounds at all conspiratorial, the idea that a government would jail its citizens so corporations can make a profit, then you don’t know your history very well. It has been well documented that Nazi Germany forced inmates into concentration camps such as Auschwitz to provide cheap labor to BASF, Bayer, Hoechst, and other major German chemical and pharmaceutical companies, much of it to produce products for European countries.

Makes you wonder, doesn’t it, whether what we are experiencing right now is fascism, American style, or Auschwitz revisited?