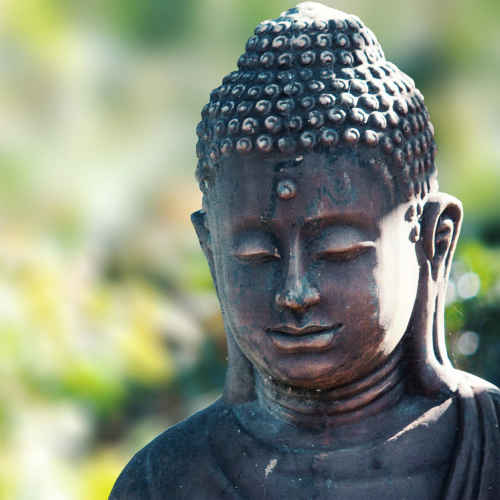 The problems you are all creating from misunderstanding the few lessons you’ve learned about Daoism, have become so great that I decided it best to address them collectively, here, on the class blog.

Asall of your daily comments on the blog have been so completely off base –  and, frankly, in some cases, idiotic – I find myself forced to temporarily suspend your comment privileges.

I fear that those few students in the class who could be earnestly trying – reading, as I asked, the text, then writing daily journal summaries after class discussions, then reading my blog entry on the same, then reading and responding to other students comments and questions, and, if they wish, making a few of their own – I fear that those students will suffer needless confusion, especially since your comments are not only even more rambling now, but are also written in a passive aggressive, cryptic style I’m assuming to be an attempt to impersonate the great teacher of the Dao, Lao Tzu.

However, as I am still trying to figure out how to shut off the comments feature on the blog, I need for all of you to please stop commenting, at least until I know which button to push to make it so your comments automatically go away; my brother in Pittsburgh that I’ve mentioned to you on many occasions (not the Priest but the other one) says I can prevent comments from automatically appearing, but has warned me also that my emails will then be flooded hourly with requests that I approve or reject your comments and questions; in light of that information, which I have no reason to believe untrue, I ask simply that you, please, just stop writing.  It might be best that you just stop thinking about Daoism at all until I can find again that page I once had that showed me how to disable comments entirely.  Too many of you seem unable to resist penning, to me and all the class’s hapless readers, and God knows how many total strangers out there who bungle their way on to the blog, every transient thought that goes floating through your head. That is not the way of the Dao.

I need to first address the large number of you who keep adopting the major tenets of each religion we study.   As I said before about the Buddha, I will now say again of the Dao: Your job is to study and understand the basics of Daoism, not actually become Daoists for the duration of the three weeks we lend to its study.  I do not understand why everyone insists on doing this in religious classes.  You don’t start calling each other “ye” when you study the Constitutional Convention in your history classes, I hope, or worse, call your teachers “Der Fuhrer” throughout your study of World War II.

However, as it seems people your age are prone to adopting as your sol guiding light every idea that crosses your path, a few admonishments are in order.

If you insist on following that Dao, as is your “Constitutional Right,” you need to be forewarned that while it may lead to tranquility and enlightenment (but probably no real “aha!” type enlightenment as so many of you had when we studied the pre-Hindu, Indian notion of Maya – that argues everything material is an illusion), your adoption and sudden strict adherence to the tenets of Doaism will undoubtedly have a very adverse impact on your grade.

This applies especially to the most ardent of the class’s recently formed Daoist factions, and I think you all know exactly who you are, despite your de-facto leader’s denial of the possibility of your permanent existence, the guy you girls all whispered the first day of class was “so good looking,” who claims to lead “like highest good water” and claims also that truth comes only from those who, “say and do nothing,” saying that “the Dao demands negation of all customary means of human identity” – that being his pompous way of saying none of you will any longer right your names on your examination booklets.

Yes, I concede to you that your group is not as dumb, on the whole, as the others; and that yes, there is no getting around the conclusion that the total of Lao Tzu’s sayings probably do argue – as the manifesto you nailed to my office door this morning so elegantly put it – “Never should one follow customary beliefs in the actions you take in your life!” – but it must be said that the exclamation point is not at all in keeping with the spirit of the Dao.  It must be noted that refusal to follow such customs as bringing a blue book for midterm exams will still cost all of you the 10% reduction in your grades I have always promised all my students for that particular breech; this has always been the case in all my classes, even ones that don’t deal with Daoism at all, for all thirty years of my tenure at this fine college.

You cannot keep making of the ideas we study, endless lists of religious exemptions to get out of work. This might very well be my fault for letting that sudden convert to Rastafarianism, whom all of us allege to have not seen now for two weeks, take his sacrament after class that time the weather was nice, and I caved into all your whining and tried teaching you in that dumb circle on the lawn outside. You may recall I was pelted in the head with a Frisbee.

Also, at risk of offending your latest intellectual Godfather, you are all really making too much of the direct quote from Lao Tzu that you insist on using to justify sleeping in class: “doing nothing is better than being busy doing nothing.”  You have really taken for yourselves considerable liberties, extreme enough in fact, to be antithetical to the obvious and really undeniable, “moderation in all things” spirit of Daoism. For all your talk of “yin” and “yang,” all of you seem to be quite imbalanced in the solitary direction of total sloth.

And yes, I do commend as both poetic and well argued the one of you who, commented on my blog that “history will never note the fleeting sounds we say hear here (meaning our classroom)” and thus “spinning our gerbil wheels chasing a Grecian urn of half formed fleeting knowledge” is energy wasted that could better be spent watching nature and “trying to bend trees to our will.”  That last comment was really not Daoist at all and confirmed in me what I always suspect of all of my Eastern Religion students: namely that they often interject in the Eastern Religions that we study things picked up watching Star Wars movies.

Before closing this entry and getting on with my search for a Word Press customer service number, I need to address those of you in a more or less passive aggressive state of total rebellion. I will no longer tolerate you saying that “the way is formless,” and then refuse to orient your desks towards the front of the room while I’m teaching.  You will straighten out your desks pronto.  I warn you, you are one Lao Tzu quote away from explaining yourselves and your new found “path” to the Dean of Student Discipline, and as many of you snidely commented during our discussion of the corrupt practices supported by India’s caste system, he’s my uncle.

And no, just because Lao Tzu said “those who know don’t talk,” doesn’t mean you’ll get an A just for keeping your mouths shut, to answer a question some of you seemed to be pantomiming outside of class after our last session.

Shocked though I am that this is necessary, it appears that I do, indeed, need remind you: we’re here to learn World Religions, not play charades.

Jason Half-Pillow’s writing has been in The Iowa Review, The Bicycle Review, Hobo Pancakes, The Driftwood Press, The Satirist, Crab Fat Magazine, Marco Polo Arts Mag, the eel, and Remarkable Doorways Literary Journal.  A story of his is forthcoming in On The Rusk and another will appear inBully, an anthology soon to be published by KY Story.  – See more at: http://www.gadflyonline.com/home/index.php/hire-steve/#sthash.xc1agzVz.dpuf