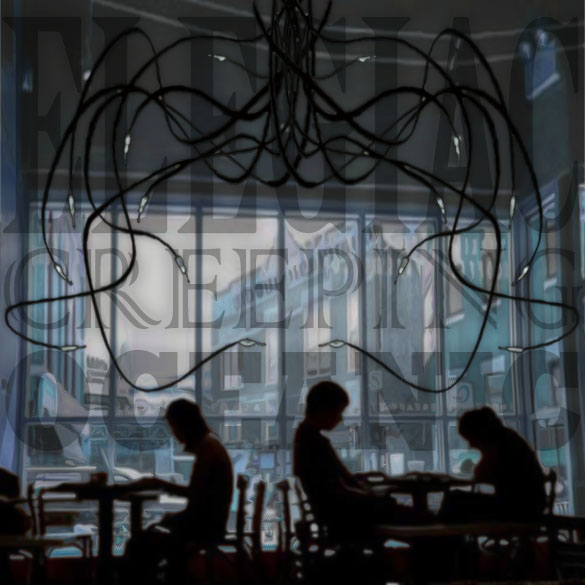 So I was sitting in a Starbucks at this sort of long, skinny table with two stools at it; I was in the one on the right, if you entered the store facing south, and I had a bag on my side of the table, but on the left side of me, so that it might have impinged on the space of another sitting at the table if another were sitting there, and if it had been a larger bag or placed further to the left: none of which was the case. That was, until this small middle-aged man came in and went to sit down next to me. “Can you please remove your bag?” he said. “But,” I said, “look, there’s plenty of room.” And he asked me again, would I please move the bag? So I picked up the bag and, “Why don’t I just move it here, to the other side of the table,” I said, which was the side to the right of me. And he said “No, please remove your bag from the table, it’s inconsiderate.” “But you’re not sitting over here,” I said. “It’s inconsiderate to the other patrons,” he said. I said, “But there’s no one else sitting over here.” He said there might be. Then I said, there isn’t even a chair here, nor enough space for another person to sit down. He said someone might pull up a chair. I tried to think of a response, but his look seemed to insist. I looked around the place and realized that a lot of people were looking at me, because of how weird I was being, so I left.

Then, a short while later, I was at my health club, using one of the elliptical machines: there are three in a row in one section of the cardio mezzanine; and, as were occupied the second and third to one’s right if one were standing facing the rear of machines, which for their part faced north, I used the first, it being the westernmost. The small middle-aged man using the machine to my right had only a short while ago begun his exercise cycle. Given the relative low intensity of his exertions, it soon became apparent to me that his own exercise cycle would so greatly exceed my own, slightly more intense cycle, in its duration; that, I would surely complete that cycle at a point significantly earlier than at which his own be completed, despite his having begun his own a bit earlier, but only a little bit. Then again, I suppose this didn’t become apparent to me until after the fact, or at least not the reason why his exercise cycle might have continued after my own had ceased despite having been going on some time, though a small time, before his began. When I finished my exercise cycle after thirty or twenty-five minutes, it being slightly more intense, though not exceedingly so; and when I stepped down from the elliptical machine with the intention of walking to the moist wipe-dispenser to retrieve a moist wipe with which to clean the machine, the small middle-aged man, clad in a longish gray t-shirt and what appeared to be a bathing suit, snapped at me, “You’d better clean off that machine!” without even interrupting his exercise cycle. I said, “How did you know I wasn’t going to?” “Exactly,” he said, satisfied with himself.

Somehow I ended up back at the Starbucks, I have no idea why. Well, none of the same people was left over from earlier. Needless to say I was feeling sort of depressed about the events of the previous few hours, so I thought I’d pull up a seat to a table—where did I learn that phrase?—in a more comfortable and secluded area, and read a bit, or perhaps do a little work on my laptop. After a short while I noticed that nearly every other patron in attendance—where did I learn that word?—was either reading a book, or working on a laptop, but it would appear there were other people, whom I couldn’t see, who were clamoring for some reason, and with that and very loud music blaring, I found it difficult to either read or do any work on my laptop—oddly, this made me quite unlike any of the other patrons who didn’t seem to mind it. From the handful of times I’d attempted to read or to do work on my laptop in this and other Starbucks franchises, I learned that the music usually to be heard in those places was either some kind of loungy acoustic folk-rock with female vocals, or light jazz or electric blues. But on this occasion it seemed to be nothing but deeply depressing trip-hop. But what made it so unusual, and what made me remark it, was that this particular trip-hop recording, being an entry in a genre of music that was ordinarily somewhat depressing, was inexplicably more depressing than usual. In fact, it amounted to perhaps one of the most depressing pieces of music I’d ever heard. And as I sat there, struggling to read at least one sentence in the book, or struggling to do some kind of work on the laptop, I gradually came to realize that this, most categorically and undeniably, was the single most depressing piece of music I had ever heard in my entire life, or even imagined musically possible. I’m not much for a musicologist, but the piece was built around what I would have characterized as a dirge-like, or perhaps even elegiac, sequence of diminished, or were they augmented, chords, underscored by a bass line able to be described as creeping and oceanic; and finally, a constantly repeating, dissonant treble melody seemingly created by the scratching of a viola or some such instrument. As the six or seven minutes of the song elapsed, I began to pay attention to the also extraordinarily depressing lyrics of the song, which slowly became more and more discernible to me as I familiarized myself with the vicissitudes of the female singer’s ghostly accents; and as the minutes and minutes of the song passed, it seemed as though the song’s lyrics grew even more depressing, to the extent that they became, first seemingly and then unequivocally, the most depressing I had ever heard in my entire life. Was I imagining such lines as “…a small ugly fat child with a torn down coat / blubbering in a ditch / over the vicious rape and murder / of his half-wit sister / which was filmed for pornographic purposes…” and “…the mother dog had just miraculously achieved / the sentience of a slightly slow but well-meaning human / before it watched its puppies drowned / in an icy lake..” or wasn’t I?

Zak Block’s short fiction appears in Metazen and Gadfly, and is forthcoming in Paper Darts. He is the founder and editor-in-chief of (the) Squawk Back, a semi-weekly online literary journal of transgression and alienation, baptized by fire in May of 2011. At age twelve, he became an events reporter for Disney Adventures Magazine. He holds a BA from the State University of New York at Purchase, having written a senior thesis on “the unstable semiologies of the compilation soundtrack in postwar American cinema.”