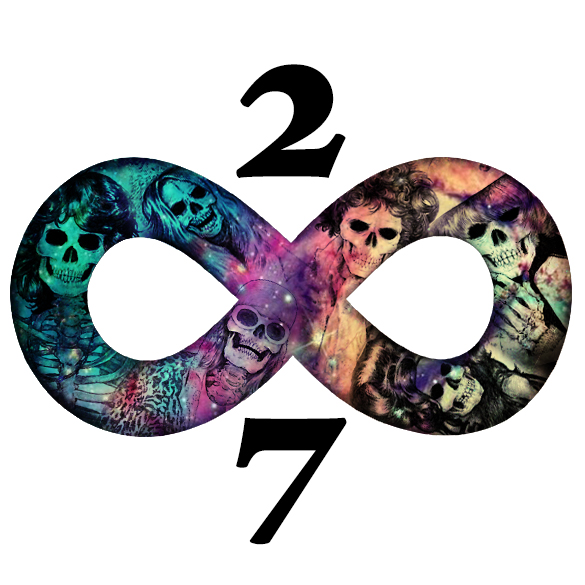 April 5th marks the 20th anniversary of Kurt Cobain’s membership to that infamous 27 club. It is a club with a large musical membership, a club many seem to think only a few well known names have joined. The reality is that this exclusively tragic club has a lot more members than the likes of Cobain, Hendrix, Joplin and Winehouse.

Alexander Levy was a talented Brazilian composer and the first member of the 27 club.

Levy was born in 1864 in Sao Paulo. He brought a Latin fusion of classical music to the fore but, in 1892 before anymore of his greatness could be realised, he died at the age of 27. His death occurred suddenly and the cause is still unknown.

It wouldn’t be long before another 27 year old musician would join Levy.

In 1908 Louis Chauvin died when he fell into a coma as result of syphilis. Chauvin was a ragtime musician from Missouri who made a name for himself in the early jazz haunts of St. Louis and Chicago. Even though he left no recordings, Chauvin was considered by many to be an exceptional pianist who laid the foundations for later jazz players.

The third member of the 27 club was Robert Johnson who died in mysterious circumstances in 1938. As myths go, Johnson met the devil at the crossroads one night and traded his soul to be a better blues player. His death still remains a mystery, some claim he was poisoned by a jealous husband while others maintain the devil simply came back to take Johnson’s life.

In 1945, jazz musician Nat Jaffe died as a result of high blood pressure. Jaffe was a trained classical pianist, but it would be within the jazz musical genre he would make his mark by playing with the likes of Louis Armstrong and Billie Holiday.

The talent of rhythm and blues musician Jesse Lorenzo Belvin was never fully realised in his lifetime as his life was cut short in a car crash in 1960.

Another R&B singer would join Lorenzo in the 27 club four years later when in 1964 Rudy Lewis was found dead in his hotel room after a drug overdose. Lewis was part of The Drifters and took himself off to the 27 Club a week before they could record their smash hit ‘Under The Boardwalk.’

From 1969 onwards, the 27 club would see a dramatic increase in its membership.

The British rock and roll singer Dickie Pride died in 1969. Pride had long suffered from mental problems and even underwent a lobotomy just before he died from an overdose of sleeping tablets.

The first big name of the modern era 27 club was Rolling Stone Brian Jones. He was found dead in his swimming pool in July of the same year Dickie Pride died.

In September 1970 the singer of Canned Heat, Blind Owl Wilson, died after a drug overdose that many claim to have been a successful suicide attempt. Later on in that same month 27 year old Jimi Hendrix choked to death on his own vomit in London.

In October 1970 Janis Joplin took up membership of the 27 club while a year later Jim Morrison joined her via a heroin overdose in a bathtub in Paris.

In 1971 Arlester Christian was shot to death in a street fight in Phoenix. He was lead singer of Dyke and the Blazers and is attributed with introducing the word funky to popular culture.

In 1972 soul singer Linda Jones died after complications due to diabetes. In the same year Les Harvey of Stone The Crows was electrocuted live on stage when he touched a microphone with his wet hands.

Pigpen McKernan was a founding member of The Grateful Dead but he would be dead himself in 1973 from Crohns disease which was induced from his excessive drinking.

In 1975 David Alexander of The Stooges died from pancreatic cancer, also as a result of alcoholism.

In 1976 the Spanish singer Cecilia became a member of the 27 club when she died in a car crash in Madrid. In 1978 Chris Bell of the pop band Big Star also died in a road accident at the age of 27.

In 1980 reggae musician Jacob Miller died in a car crash in Jamaica. He is, to date, the only reggae star of the 27 club.

In 1985 D Boon of the punk band The Minute Men had been suffering from a fever and decided to lay down in the back of a touring van. The driver lost control and Boon went flying out the back door breaking his neck on the highway and becoming another member of the 27 club.

The only Russian in the 27 club is Alexander Bashlachev. As well as being a musician and songwriter he was also a poet, but in February 1988 he died from a fall from the window of his 9th floor apartment in Leningrad.

In 1989 Pete de Freitas who was the drummer with Echo And The Bunny Men, died when he crashed his motorbike travelling from Liverpool to London.

In 1993 Mia Zapata, the lead singer with The Gits, gained membership of the 27 club when she was horrifically raped and strangled in Seattle.

The same year Cobain died, 27 year old Kristen Pfaff who was the bass guitarist with Hole, overdosed on heroin.

Richard Edwards of The Manic Street Preachers disappeared in 1995 and even though his body has yet to be found, he was officially presumed dead in 2008 and considered another member of the 27 club.

The most recent member joined in 2011. Amy Winehouse was found dead in her Camden home as a result of alcohol poisoning thus bringing the concept of the 27 Club back to the fore.

It is a club which began with the early deaths of jazz and blues musicians and had a spike in membership during the 70s, but it is a club that still has an open membership to those who have their talent extinguished too early.

As many now remember Cobain’s elevation to the big gig in the sky 20 years ago, we can agree on one thing, the 27 club robs us of what might have been but it also preserves those who will only ever be forever 27.

Lily Murphy is 27 and from Cork city, Ireland.