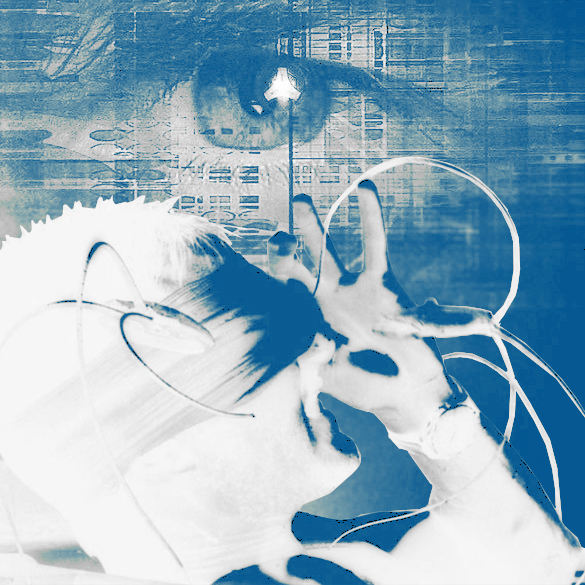 “The Internet is watching us now. If they want to. They can see what sites you visit. In the future, television will be watching us, and customizing itself to what it knows about us. The thrilling thing is, that will make us feel we’re part of the medium. The scary thing is, we’ll lose our right to privacy. An ad will appear in the air around us, talking directly to us.”—Steven Spielberg[1]

It was a mere ten years ago that Steven Spielberg’s action film Minority Report, based on a short story by Philip K. Dick, offered movie audiences a special effect-laden techno-vision of a futuristic world in which the government is all-seeing, all-knowing and all-powerful. And if you dare to step out of line, dark-clad police SWAT teams will bring you under control.

The year is 2054. The place is Washington, DC. Working in a city in which there has been no murder committed in six years—due in large part to his efforts combining widespread surveillance with behavior prediction technologies—John Anderton (played by Tom Cruise), Chief of the Department of Pre-Crime in Washington, DC, uses precognitive technology to capture would-be criminals before they can do any damage—that is, to prevent crimes before they happen. Unfortunately for Anderton, the technology, which proves to be fallible, identifies him as the next would-be criminal, and he flees. In the ensuing chase, Anderton finds himself not only attempting to prove his innocence but forced to take drastic measures in order to avoid capture in a surveillance state that uses biometric data and sophisticated computer networks to track its citizens.

Seemingly taking its cue from science fiction, technology has moved so fast in the short time since Minority Report premiered that what once seemed futuristic no longer occupies the realm of science fiction. Incredibly, as the various nascent technologies employed by the government and corporations alike—iris scanners, massive databases, behavior prediction software, and so on—are incorporated into a complex, interwoven cyber network aimed at tracking our movements, predicting our thoughts and controlling our behavior, Spielberg’s unnerving vision of the future is fast becoming our reality, examples abound. 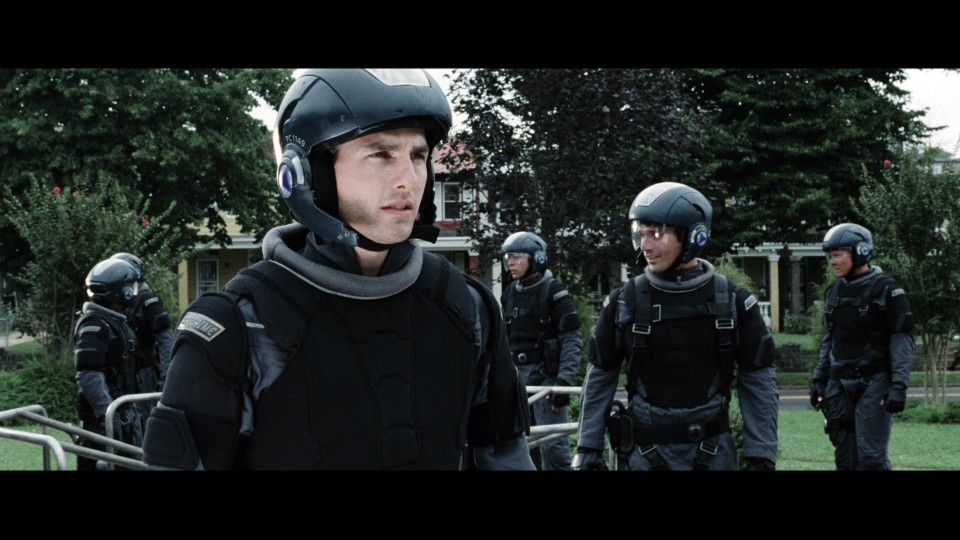 REALITY: Microsoft, in a partnership with New York City, has developed a crime-fighting system that “will allow police to quickly collate and visualise vast amounts of data from cameras, licence plate readers, 911 calls, police databases and other sources. It will then display the information in real time, both visually and chronologically, allowing investigators to centralise information about crimes as they happen or are reported.”[2]

FICTION: No matter where people go in the world of Minority Report, one’s biometric data precedes them, allowing corporations to tap into their government profile and target them for advertising based on their highly individual characteristics. So fine-tuned is the process that it goes way beyond gender and lifestyle to mood detection, so that while Anderton flees through a subway station and then later a mall, the stores and billboards call out to him with advertising geared at his interests and moods. Eventually, in an effort to outwit the identification scanners, Anderton opts for surgery to have his eyeballs replaced.

REALITY: Google is presently working on context-based advertising that will use environmental sensors in your cell phone, laptop, etc., to deliver “targeted ads tailored to fit with what you’re seeing and hearing in the real world.”[3] However, long before Google set their sights on context advertising, facial and iris recognition machines were being employed, ostensibly to detect criminals, streamline security checkpoints processes, and facilitate everyday activities. For example, in preparing to introduce such technology in the United States, the American biometrics firm Global Rainmakers Inc. (GRI) turned the city of Leon, Mexico into a virtual police state by installing iris scanners, which can scan the irises of 30-50 people per minute, throughout the city.[4]

Police departments around the country have begun using the Mobile Offender Recognition and Information System, or MORIS, a physical iPhone add-on that allows police officers patrolling the streets to scan the irises and faces of suspected criminals and match them against government databases.[5] In fact, by 2014, the FBI plans to launch a nationwide database of iris scans for use by for law enforcement agencies in their efforts to track criminals.[6]

Corporations, as well, are beginning to implement eye-tracking technology in their tablets, smartphones, and computers and the technology is likely to hit a mass market at least by 2015. It will allow companies to track which words and phrases the user tends to re-read, hover on, or avoid, which can give insight into what she is thinking. This will allow advertisers to expand on the information they glean from tracking users’ clicks, searches, and online purchases, expanding into the realm of trying to guess what a user is thinking based upon their eye movements, and advertising accordingly. This information will come in handy for police agencies as well, some of which are working on developing predictive analysis of “blink rates, pupil dilation, and deception.”[7]

In ideal conditions, facial-recognition software is accurate 99.7 percent of the time. We are right around the corner from billboards capable of identifying passersby,[8] and IBM has already been working on creating real world advertisements that react to people based upon RFID chips embedded in licenses and credit cards.[9]

REALITY: The Department of Homeland Security is working on its Future Attribute Screening Technology, or FAST, which will utilize a number of personal factors such as “ethnicity, gender, breathing, and heart rate to ‘detect cues indicative of mal-intent.’”[10] At least one field test of this program has occurred, somewhere in the northeast United States.

REALITY: A variety of less-lethal weapons have been developed in the years since Minority Report hit theaters. In 2007, the Department of Homeland Security granted a contract to Intelligent Optical Systems, Inc., for an “LED Incapacitator,” a flashlight-like device that emits a dazzling array of pulsating lights, incapacitating its target by causing nausea and vomiting.[11] Raytheon has created an “Assault Intervention Device” which is basically a heat ray that causes an unbearable burning sensation on its victim’s skin.[12] The Long Range Acoustic Device, which emits painful noises in order to disperse crowds, has been seen at the London Olympics[13] and G20 protests in Pittsburgh.

FICTION: A hacker captures visions from the “precog” Agatha’s mind and plays them for John Anderton.

REALITY: While still in its infancy, technology that seeks to translate human thoughts into computer actions is slowly becoming a reality. Jack Gallant, a neuroscientist at UC Berkeley, and his research team have created primitive software capable of translating the thoughts of viewers into reconstructed visual images.[14] A company named Emotiv is developing technology which will be capable of reading a user’s thoughts and using them as inputs for operating machinery, like voice recognition but with brain signals.[15] Similar devices are being created to translate thoughts into speech.[16] 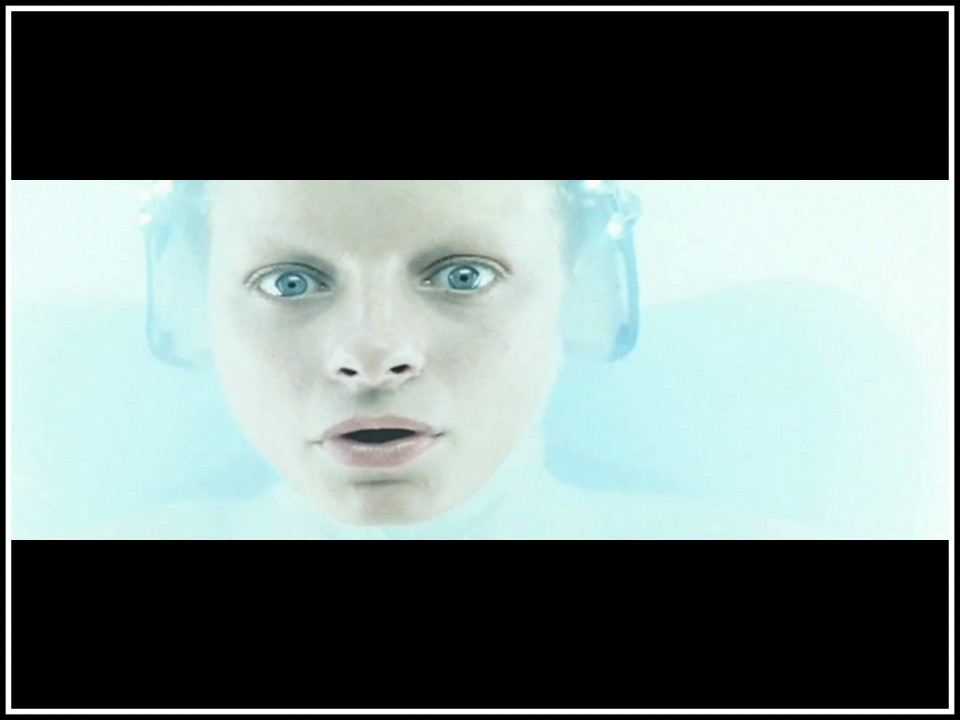 REALITY: An agency with the Department of Defense is working on turning insects into living UAVs, or “cybugs.” By expanding upon the insects’ natural abilities (e.g., bees’ olfactory abilities being utilized for bomb detection, etc.), government agents hope to use these spy bugs to surreptitiously gather vast quantities of information. Researchers eventually hope to outfit June beetles with tiny backpacks complete with various detection devices, microphones, and cameras. These devices could be powered by the very energy produced by the bugs beating their wings, or the heat they give off while in flight.[17] There have already been reported sightings of dragonfly-like robotic drones monitoring protesters aerially in Washington, DC, as early as 2007.

FICTION: In Minority Report, Anderton flees his pursuers in a car whose movements are tracked by the police through the use of onboard computers. All around him, autonomous, driver-less vehicles zip through the city, moving people to their destinations based upon simple voice commands.

REALITY: Congress is now requiring that all new cars come equipped with event data recorders that can record and transmit data from onboard computers. Similarly, insurance companies are offering discounts to drivers who agree to have tracking bugs installed.[18] Google has also created self-driving cars which have already surpassed 300,000 miles of road testing.[19] It is anticipated that self-driving cars could be on American roads within the next 20 years, if not sooner.

These are but a few of the technological devices now in the hands of those who control the corporate police state. Fiction, in essence, has become fact—albeit, a rather frightening one.

[4] Austin Carr, “Iris Scanners Create the Most Secure City in the World. Welcome, Big Brother,” FastCompany (Aug. 18, 2010), http://www.fastcompany.com/1683302/iris-scanners-create-most-secure-city-world-welcome-big-brother. From that article: “‘In the future, whether it’s entering your home, opening your car, entering your workspace, getting a pharmacy prescription refilled, or having your medical records pulled up, everything will come off that unique key that is your iris,’ says Jeff Carter, CDO of Global Rainmakers. Before coming to GRI, Carter headed a think tank partnership between Bank of America, Harvard, and MIT. ‘Every person, place, and thing on this planet will be connected [to the iris system] within the next 10 years,’ he says.”

And also, this article from The Atlantic

One Response to Fiction Has Become Our Reality: Minority Report and the Surveillance State