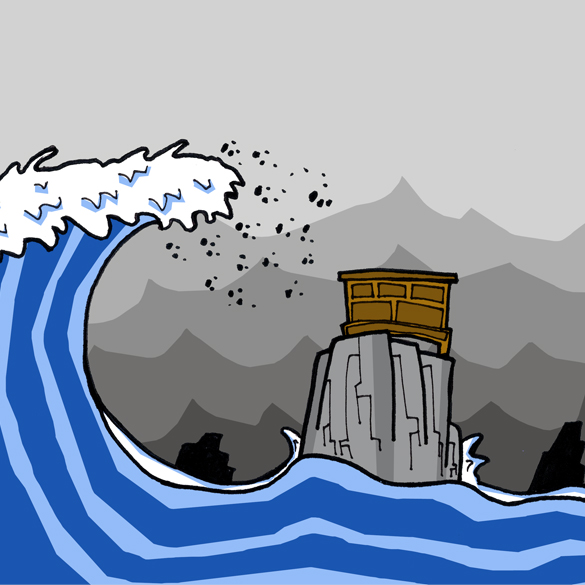 The world of Kristina Marie Darling has always been nocturnal and seemingly endless: a landscape filled with strange, barely discernible trinkets collecting dust in the shadows. At the time I’m writing this, Darling has published five books of poetry, has three forthcoming (Palimpsest, Correspondence, and Petrarchan), and has edited the anthology narrative (dis)continuities. Which is all a way of saying that Darling is, in many senses, prolific. Writing from Buffalo, New York (where she is currently working towards her Ph. D in Poetics at SUNY via a Presidential Fellowship), Darling continually creates and erases a world unlike any other in contemporary poetics.

I first encountered her poems through a brief excerpt from her first book, Night Songs, which I found floating about on tumblr. I was immediately drawn in; the sparse and glittering world struck a chord with my Surrealist obsession. Every object seemed to glow with the most unnatural lights and each word seemed to refract an image more beautiful than the last. In her new book Melancholia (An Essay), Darling embraces the surrealist elements of her aesthetic with renewed enthusiasm, creating cold and often intangible landscapes. A strange and ethereal little book, Melancholia quietly turns technical texts into poem-like fragments with a practiced subtly so haunting and dreamily erotic, you’re left convinced that the poet’s “beloved” could be behind you, watching as you read.

The collection begins with a small, four-line poem that becomes retrospectively eerie in its simplicity as one continues through the book

We’re introduced to Darling’s jewelry box, introduced to the ocean and its frigid temperatures—and made aware of the absence of an Other. Right away, the tone of the book is set. Through four simple lines—a not-quite-right-quatrain—the reader is drawn into a world of distance and details. Following these opening evocations, the reader is met with definitions, histories, footnotes—pieces of beautiful language divorced from any readily recognizable poetic form. But in a collection so invested in the notion of things shattered, Darling’s choice to appropriate technical forms and disjointed recollections rather than traditional stanzas feels exceptionally natural. Avoiding the obvious trap of writing laments for a lost lover, Darling creates a coherent collection of shards that—when pieced haphazardly back together—invite the reader in to share the emotional investment of the poet.

One strength of Darling’s that has been apparent since her first full-length collection Night Songs is her startlingly subtle and accurate integration of peripheral vision within her poetry. Not surprisingly, Melancholia picks up on this aesthetic in a very smart way. Every time Darling presents an image that could be considered tangible, you find yourself aware of something moving in the corner of your eye. When she writes of the “black ribbon tied at the back of her magnificently white throat,” there’s more than a ribbon at stake: there’s a latent sense of violence, a bizarre tinge of sexuality. And while, if this book were a movie (which is not a stretch of the imagination) these themes would never be filmed, they feel somewhat inescapable. The sometimes stark simplicity of Darling’s language allows her to create an uncanny world in which reality is dependent on absence, and where perception is built as much on memory as it is on the present.

While Darling’s past efforts have readily integrated Surrealism into their trajectory, Melancholia reinvents the lineage in a surprisingly stripped down way. Gone are the excesses of Breton or the sharp edges of Artaud. While Darling does use the imagination and its infinite possibilities in a way similar to these poets, she never strays away from the concrete—instead of separating dreams from reality, she chooses to superimpose the two. In the hands of a lesser poet, many moments of Melancholia could be described as vague, such as when the beloved climbs a staircase and the “house seemed to murmur with the most intricate music,” but under the guidance of Darling, such an image becomes wildly evocative. She never describes the music (in the same way that she never describes the beloved), but chooses to emphasize how unfathomable it all is. She uses language to prod the reader’s imagination into overdrive, planting an idea and letting it turn into something bigger than language.

In the section “Footnotes to a History of the Jewelry Box,” Darling writes of “an unpublished manuscript, which describes [the beloved’s] presentation of the mythical glass jewelry box.” Reading through the work as a whole, one feels this book could be that manuscript—something fantastical, hidden, a thing only the reader has stumbled across. Even the book itself suggests the idea—pressed into approximately the same dimensions as a CD case, the glowing (or burning) chandelier on the cover evoking a house you’ve known yet never entered. When Melancholia closes with a section titled “Footnotes to a History of Correspondences,” you can sense the isolation of the poet, or the distance of the beloved, boiling beneath a frozen surface. But more powerfully, you feel that these footnotes, the lost correspondences they only fleetingly allude to, belong to you as much as the poet, or that perhaps you were the one who sent the missing letters.

One Response to INSIDE THE JEWELRY BOX: Kristina Marie Darling’s “Melancholia (An Essay)”