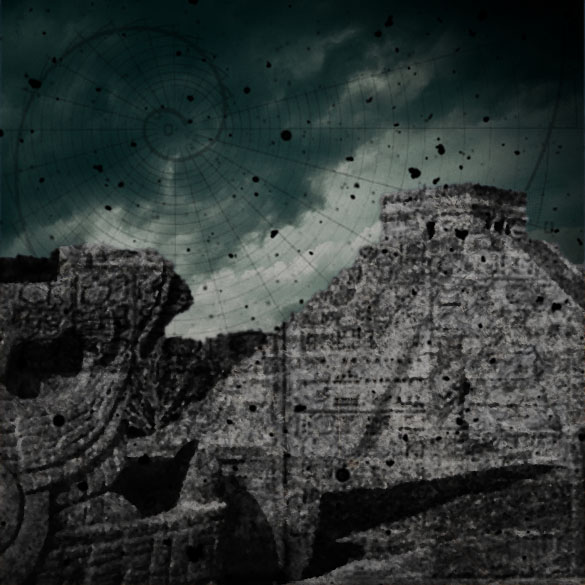 Pollen decays, it’s what it’s meant to do
we thought the mortar within Solomon’s Gate inseparable
Destructive tendencies followed a plague of seppuku’s
technologically ancient residues caked upon the lake of heaven’s crescent moon
Perhaps we’re epileptic fools – as blunt edged as a vivisection tool
auctioning off the pale horse of death for Cinderella mules
coroners raise foggy glasses of bourbon to our sprawling debts
accosted flesh, the darker depths of the neck help in determining the cause of death
Corruption: an infection eating away at the workings of a harlot’s breast
does it constitute the prostitutional clause of why we’re all a wreck?
The Mayan scrolls were kept in iron-bolted desks
inside it rolls the head of every tyrant, tome or wretch
who tried to own a stretch – where the Incisive burn the feeble
Suddenly, righteous turns to peaceful:
only in the case of scientific dictatorships via hypodermic needles

Bleeding may occur in the bodies of evidence
suffocation, strangulation, starvation? Probably negligence
Blackflag bloodclots – the discoloration of your twisted biological melanin
Mismanaging our fate, too damaged to escape
giving lip service to the amateur campaign “Planet of the TAKE!”
could’ve just toe tagged the talkin’ animals and mailed em’ to the Cape
Dear Judgment Day jury, you seem a bit too panicky
This is the dead poet’s society, with the slightest hint of anarchy
Literary devices can be explosive
Let the mighty anthem commemorate
’cause if the world ends, then phytoplankton can celebrate

No response from pathologists with simian scars
Microbes: the clean-up crew without 401k’s –
that’s just how many quadrillions there are
A degree in anthropology is equally useless
as a pair of frog legs gleaming with leukemian juices
Industrialization Syndrome: seemingly ruthless,
from Tuskegee reunions
to a petri dish fuming all because “Vassily, the fuse lit!”

Intel prescribes we defend the just
if skin cells survive in the winter slush
they’ll re-engine life, as thin veils collide in acidic dust
Antimatter bombs put “mountains in the sky” more than Plymouth was
The End of Us…
“Pass the scalpel and the tendon brush, this specimen is venomous”
Official morgue dental records don’t truly present results
since he had enlarged molars, and a ventilation latch
Up through his gums sat wisdom teeth, and generation gaps
“Instead, replace the caps” – Nabatean packs move through cities
“Doc, how many loose screws?” “…many.”
This heart transplant was paid for in blood, like Hutu Bentleys
His cartilages’ demise due to artificial dyes from a Fruit Loop century

In the case of patient “Fibonacci sequence” having his bled intestines examined
He choked on his own ambitious phlegm –
contracted heat exhaustion from excessive tanning
Recommendation for burial:
“Would nuclear disposal come off as insincere?”
“Well…”
“How many times can ashes be re-cremated before they disappear?”

Erik Moshe is an investigative journalist in the making who enjoys writing lyrics and poetry. He is currently reading “The Foundation: A Great American Secret” by Joel L. Fleishman. Find him at TheCentersphere.Yolasite(.)com