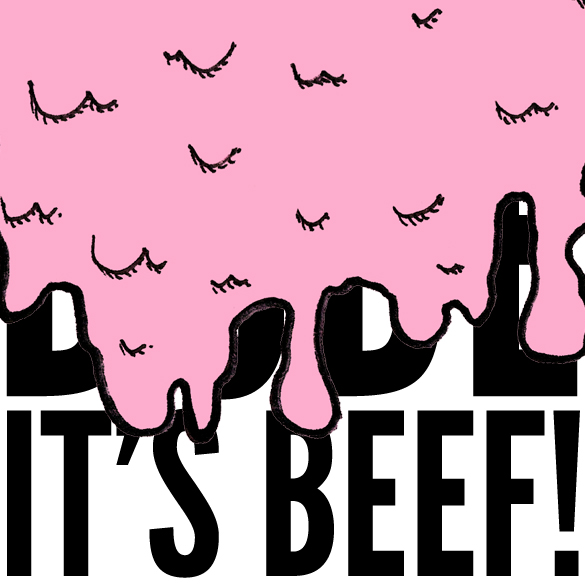 When the science-fiction film Soylent Green was released in 1973, critics celebrated everything about it except the premise. New York Times film critic A.H. Weiler declared that the movie’s twenty-first century setting was “occasionally frightening but…rarely convincingly real.”[1] How could a population unwittingly eat and enjoy human remains in the form of the popular food product, Soylent Green? Unfortunately, the parallels between this sci-fi classic and modern corporate food production would cause Mr. Weiler to spit out his hamburger in disbelief.

In March 2012, ABC News led the media in breaking the story of a company, Beef Products Inc., that takes slaughterhouse byproducts, throws them in a centrifuge, and squeezes out the ground remains through a tube of ammonium hydroxide. Known to Beef Products Inc., as Lean Finely-Texturized Beef, the media quickly dubbed the product “pink slime,” or “soylent pink.” LFTB cannot be sold by itself directly to consumers, but is instead purchased by other companies to add to ground beef products such as hamburgers, hot dogs, and prepackaged ground beef. Few consumers knew about the existence of soylent pink, especially since meat products can legally contain up to 15% LFTB without a label stating so.

Outrage began to develop as people learned that LFTB was comprised of multiple animals’ offal, and thus necessitated chemical treatment to reduce the unusually high levels of bacteria present in such remains. When consumers realized that the government was planning to buy seven million pounds of the so-called “pink slime” for the school lunch program this year, the anger over soylent pink mushroomed.[2] We were eating and feeding our children pulverized brain, organs, and fecal matter—and had no clue.[3]

To be fair to the food corporations, Soylent Green and soylent pink differ in that the latter is probably not comprised of people—at least most of the time.[4] Modern methods of meat processing, however, leave a lot to the imagination. Packaging for meat usually shows either a tranquil animal out in a field or a cartoon, not the more true-to-life assembly line in a slaughterhouse. Dr. Elizabeth Hagen, the USDA’s Under Secretary for Food Safety, corroborates this with her recent comment: “I don’t think your average consumer probably knows a lot about how food is produced.”[5] Corporate food culture has separated consumers from the realities of meat production, and soylent pink was able to drift into the market largely without consumer detection. We were unwittingly enjoying it in the form of America’s most iconic foods, and before consumers knew what was in soylent pink and how it was made, people loved it. Fast food hamburgers, hot dogs, and most all processed beef products sold in cafeterias and grocery stores contained LFTB.

The same confusion over food origins plagues the citizens of New York in Soylent Green’s dystopian setting, where the majority of the population subsists solely on Soylent products of dubious composition. In the film, Soylent Corporation is the only provider of food for average citizens in a world of depleted resources, where no more natural food grows. Said to be derived from plankton, their new popular food is called Soylent Green. Since Soylent food is all that is available to everybody but the elite, in a poverty-stricken and hot-as-hell New York, riots abound and are squashed by police brutality when the supply of Soylent Green is exhausted at a rations distribution center.[6]

Soylent Green’s plot hinges on the murder investigation of Soylent Corporation’s director, William R. Simonson, which leads to the discovery of Soylent Green’s actual components. Charlton Heston, playing dectective Robert Thorn, gives his scholarly housemate, “Sol” Roth (actor Edward G. Robinson), a copy of an oceanographic survey that he finds in Simonson’s apartment during investigations. Upon studying the document, Roth discovers that there is not enough plankton in the ocean to use for commercial food production. This sordid fact is confirmed when Thorn hides in a garbage truck to visit a disposal center, and he sees bodies being converted into Soylent Green. Thorn spreads the message by famously hollering, “Soylent Green is people!” in one of the most well loved movie quotations of the century.

Without a rugged Heston in our own dystopian food culture, how did we find out about our own lurking soylent product? Former Food Safety Inspection Service microbiologist Carl Custer coined the term “soylent pink,” claiming that the use of “connective tissue instead of muscle” makes LFTB “not meat.” His colleague, Gerald Zernstein, also noted that scientists were under extraordinary pressure to green-light LFTB with “minimal safety approval” during the most recent Bush administration.[7] Perhaps driven by the enormous corporate food lobby in Congress, scientists had to make the facts align (however precariously) with big business interests that would potentially put consumers in harm’s way.

With the public backlash over soylent pink, BPI has had to shut down three out of four of their LFTB processing plants. They are now in the process of suing ABC Inc. for $1.2 billion in damages for their coverage of soylent pink, insisting that “false and misleading and defamatory” statements were made about LFTB that resulted in the decline of the company. Carl Custer and Gerald Zirnstein, who provided the vocabulary for the public’s distrust of the product, are also named in the suit.[8] In an attempt to mitigate the damage, numerous ad campaigns have sprung up to defend the company. The slogan “Dude, It’s Beef!” has become a popular way to show support for BPI and LFTB.[9] To further counter soylent pink panic, a site called “Meat Myth Crushers” contains numerous videos titled “MYTH: Processed Meat is Unhealthy and Should Be Avoided,” “MYTH: Americans Eat Too Much Meat and Its Saturated Fat Content Leads to Heart Disease,” and more. Understandably, the American Meat Institute, a large trade organization for meat production companies, funds the site.[10]

Adding to the pro-LFTB angle, Dr. Gary Acuff, director of the Center for Food Safety at Texas A&M University, wrote a piece in which he declares that he is “sick and tired of the news media hijacking the truth, minimizing science, frightening consumers and creating a false crisis, just to boost their ratings….Lean Finely-Textured Beef is not unsafe, deceptive or pet food.”[11] Beef Products Inc. insists their low-fat product is cost effective and nutritionally valuable. Earlier in 2012, USDA Secretary Tom Vilsack stated, among other claims, that LFTB is “crucial to fighting childhood obesity” and should not require an additional label on products because “it is safe.”[12] But shouldn’t consumers have a right to know what’s in their food, regardless of its perceived harmlessness?

Labeling itself proves to be a contentious issue, particularly when it comes to the chemical components of soylent pink. The USDA Food Safety and Inspective Service Directive provides a list of chemicals that can be used in the production of meat, poultry, and egg products without labeling requirements. Chemicals on this list include ammonium hydroxide, of soylent pink fame; the amount designated as “safe for use” is whatever is “sufficient for purpose.” Other chemicals include calcium hypochlorite (which is also used to clean swimming pools), chlorine dioxide (for bleaching wood pulp), and sulfuric acid (used in domestic drain-cleaning fluids).[13] Thus, soylent pink is not only an offal cocktail that does not require a label on packaging, it is also a synthetically sanitized pudding whose chemicals need not appear on labeling either. Soylent pink is a ghost meat product that lingered under the radar for years, since it was never legally required to divulge its chemical or animal components on a label or elsewhere.

In response to labeling quandaries, Beef Products Inc. will now voluntarily use labels that contains some variation of the words “Contains Lean Finely-Textured Beef,” the product that it advertises on its website.[14] Does this fix the problem, though? The soylent pink scandal, as comforting as it would be to believe it was an isolated case where the outraged consumer triumphed, is indicative of the norm for the food industry today. The factory farming industry in this country causes some of the most grossly offensive violations in animal welfare and environmental protection, but also in human rights.[15] How can meat companies claim that their product is good for people when their employees’ health is regularly endangered in their very own factories?

Most of the media output on soylent pink has characterized the issue as a consumer rights concern. The story was able to generate incredible pathos, with the melodramatic flourish that our children are eating soylent pink—and it’s cow brains processed with toilet bowl cleaner! However, there is a deeper ethical question lurking not in the media coverage of soylent pink, or even in the meat industry’s retort that this somewhat risky food product is safe and healthy. As Soylent Green showed audiences in the 70’s, food reflects culture. The central focus of the ethical decay in Soylent Green is cannibalism, promoted by the food industry. However, the film shows that the deteriorating moral landscape is not isolated to food culture; it reveals itself in the treatment of women as concubines and “furniture” (the movie’s language), and in the normative presence of assisted suicide facilities instead of crisis counseling centers. Soylent Green shows that the food choices of a culture reflect back on the consumers’ capacity for empathy—and not just for what they put in their mouths.

The way our culture clamors for meat, especially cheap hamburgers and fast food, shows a willful cognitive dissonance with the ways in which these products are manufactured (slaughtered). When Thorn shouts his famous last lines, the audience must dramatically reconsider each character in the film: Suddenly, everyone is a cannibalistic monster. Soylent Green’s dystopian moral—distrust corporate food—points to our own contemporary confusion over our food’s actual origins and contents. LFTB was never labeled or advertised to the public because it isn’t really for people to eat. It exists for huge institutions looking to save on their bottom line: meat producers mixing it in with their products to cut costs, government programs and fast-food companies. It seems we were never supposed to know it was around, especially since we can’t purchase it ourselves.

What does it say about America’s moral investments that corporations can buy out a government agency designed to protect us, sue media outlets for cutting into profits, and then claim that soylent pink is, well, health food?  Soylent pink may not be people, like its fictional food product namesake, but it certainly affects them—and reflects on the culture that tells you “Dude, It’s Beef.” Dude, it’s not.

One Response to Pink is the New Green: Soylent Never Goes Out of Style