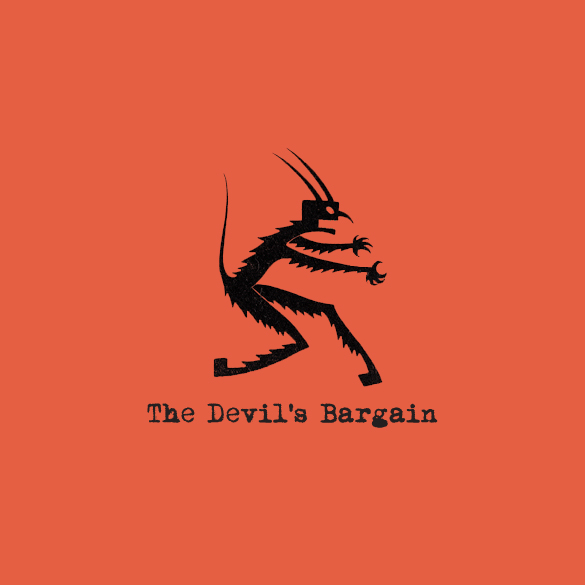 Whether the mask is labeled fascism, democracy, or dictatorship of the proletariat, our great adversary remains the apparatus—the bureaucracy, the police, the military. Not the one facing us across the frontier of the battle lines, which is not so much our enemy as our brothers’ enemy, but the one that calls itself our protector and makes us its slaves. No matter what the circumstances, the worst betrayal will always be to subordinate ourselves to this apparatus and to trample underfoot, in its service, all human values in ourselves and in others.—Simone Weil, French philosopher and political activist

It’s no coincidence that during the same week in which the U.S. Supreme Court heard arguments in Yates v. United States, a case in which a Florida fisherman is being threatened with 20 years’ jail time for throwing fish that were too small back into the water, Florida police arrested a 90-year-old man twice for violating an ordinance that prohibits feeding the homeless in public.

Both cases fall under the umbrella of overcriminalization, that phenomenon in which everything is rendered illegal and everyone becomes a lawbreaker. As I make clear in my book A Government of Wolves: The Emerging American Police State, this is what happens when bureaucrats run the show, and the rule of law becomes little more than a cattle prod for forcing the citizenry to march in lockstep with the government.

John Yates, a commercial fisherman, was written up in 2007 by a state fish and wildlife officer who noticed that among Yates’ haul of red grouper, 72 were apparently under the 20-inch minimum legal minimum. Yates, ordered to bring the fish to shore as evidence of his violation of the federal statute on undersized catches, returned to shore with only 69 grouper in the crate designated for evidence. A crew member later confessed that, on orders from Yates, the crew had thrown the undersized grouper overboard and replaced them with larger fish. Unfortunately, they were three fish short. Sensing a bait-and-switch, prosecutors refused to let Yates off the hook quite so easily. Unfortunately, in prosecuting him for the undersized fish under a law aimed at financial crimes, government officials opened up a can of worms.

Arnold Abbott, 90 years old and the founder of a nonprofit that feeds the homeless, is facing a fine of $1000 and up to four months in jail for violating a city ordinance that makes it a crime to feed the homeless in public. Under the city’s ordinance, clearly aimed at discouraging the feeding of the homeless in public, organizations seeking to do so must provide portable toilets, be 500 feet away from each other, 500 feet from residential properties, and are limited to having only one group carry out such a function per city block.  Abbott has been feeding the homeless on a public beach in Ft. Lauderdale every Wednesday evening for the past 23 years. On November 2, 2014, moments after handing out his third meal of the day, police reportedly approached the nonagenarian and ordered him to “‘drop that plate right now,’ as if I were carrying a weapon,” recalls Abbott. Abbott was arrested and fined. Three days later, Abbott was at it again, and arrested again.

That both of these incidents occurred in Florida is no coincidence. Remember, this is the state that arrested Nicole Gainey for letting her 7-year-old son walk to the park alone, even though it was just a few blocks from their house. If convicted, Gainey could have been made to serve up to five years in jail.

This is also the state that a few years back authorized police raids on barber shops in minority communities, resulting in barbers being handcuffed in front of customers, and their shops searched without warrants. All of this was purportedly done in an effort to make sure that the barbers’ licensing paperwork was up to snuff.

As if criminalizing fishing, charity, parenting decisions, and haircuts wasn’t bad enough, you could also find yourself passing time in a Florida slammer for such inane activities as singing in a public place while wearing a swimsuit, breaking more than three dishes per day, farting in a public place after 6 pm on a Thursday, and skateboarding without a license.

Despite its pristine beaches and balmy temperatures, Florida is no less immune to the problems plaguing the rest of the nation in terms of overcriminalization, incarceration rates, bureaucracy, corruption, and police misconduct. In fact, the Sunshine State has become a poster child for how a seemingly idyllic place can be transformed into a police state with very little effort. As such, it is representative of what is happening in every state across the nation, where a steady diet of bread and circuses has given rise to an oblivious, inactive citizenry content to be ruled over by an inflexible and highly bureaucratic regime.

This transformation of the United States from being a beacon of freedom to a locked down nation illustrates perfectly what songwriter Joni Mitchell was referring to when she wrote:

Don’t it always seem to go
That you don’t know what you’ve got ‘til it’s gone.
They paved paradise and put up a parking lot.

Only in our case, sold on the idea that safety, security and material comforts are preferable to freedom, we’ve allowed the government to pave over the Constitution in order to erect a concentration camp. The problem with these devil’s bargains, however, is that there is always a catch, always a price to pay for whatever it is we valued so highly as to barter away our most precious possessions.

In the end, such bargains always turn sour.

We asked our lawmakers to be tough on crime, and we’ve been saddled with an abundance of laws that criminalize almost every aspect of our lives. So far, we’re up to 4500 criminal laws and 300,000 criminal regulations that result in average Americans unknowingly engaging in criminal acts at least three times a day. For instance, the family of an 11-year-old girl was issued a $535 fine for violating the Federal Migratory Bird Act after the young girl rescued a baby woodpecker from predatory cats.

We wanted criminals taken off the streets, and we didn’t want to have to pay for their incarceration. What we’ve gotten is a nation that boasts the highest incarceration rate in the world, with more than 2.3 million people locked up, many of them doing time for relatively minor, nonviolent crimes, and a private prison industry fueling the drive for more inmates, who are forced to provide corporations with cheap labor. A special report by CNBC breaks down the national numbers:

One out of 100 American adults is behind bars — while a stunning one out of 32 is on probation, parole or in prison. This reliance on mass incarceration has created a thriving prison economy. The states and the federal government spend about $74 billion a year on corrections, and nearly 800,000 people work in the industry.

We wanted law enforcement agencies to have the necessary resources to fight the nation’s wars on terror, crime and drugs. What we got instead were militarized police decked out with M-16 rifles, grenade launchers, silencers, battle tanks and hollow point bullets—gear designed for the battlefield, more than 80,000 SWAT team raids carried out every year (many for routine police tasks, resulting in losses of life and property), and profit-driven schemes that add to the government’s largesse such as asset forfeiture, where police seize property from “suspected criminals.”

Justice Department figures indicate that as much as $4.3 billion was seized in asset forfeiture cases in 2012, with the profits split between federal agencies and local police. According to the Washington Post, these funds have been used to buy guns, armored cars, electronic surveillance gear, “luxury vehicles, travel and a clown named Sparkles.” Police seminars advise officers to use their “department wish list when deciding which assets to seize” and, in particular, go after flat screen TVs, cash and nice cars. In Florida, where police are no strangers to asset forfeiture, Florida police have been carrying out “reverse” sting operations, where they pose as drug dealers to lure buyers with promises of cheap cocaine, then bust them, and seize their cash and cars. Over the course of a year, police in one small Florida town seized close to $6 million using these entrapment schemes.

We fell for the government’s promise of safer roads, only to find ourselves caught in a tangle of profit-driven red light cameras, which ticket unsuspecting drivers in the so-called name of road safety while ostensibly fattening the coffers of local and state governments. Despite widespread public opposition, corruption and systemic malfunctions, these cameras—used in 24 states and Washington, DC—are particularly popular with municipalities, which look to them as an easy means of extra cash. One small Florida town, population 8,000, generates a million dollars a year in fines from these cameras. Building on the profit-incentive schemes, the cameras’ manufacturers are also pushing speed cameras and school bus cameras, both of which result in heft fines for violators who speed or try to go around school buses.

This is just a small sampling of the many ways in which the American people continue to get duped, deceived, double-crossed, cheated, lied to, swindled and conned into believing that the government and its army of bureaucrats—the people we appointed to safeguard our freedoms—actually have our best interests at heart.

Yet when all is said and done, who is really to blame when the wool gets pulled over your eyes: you, for believing the con man, or the con man for being true to his nature?

It’s time for a bracing dose of reality, America. Wake up and take a good, hard look around you, and ask yourself if the gussied-up version of America being sold to you—crime free, worry free and devoid of responsibility—is really worth the ticket price: nothing less than your freedoms.