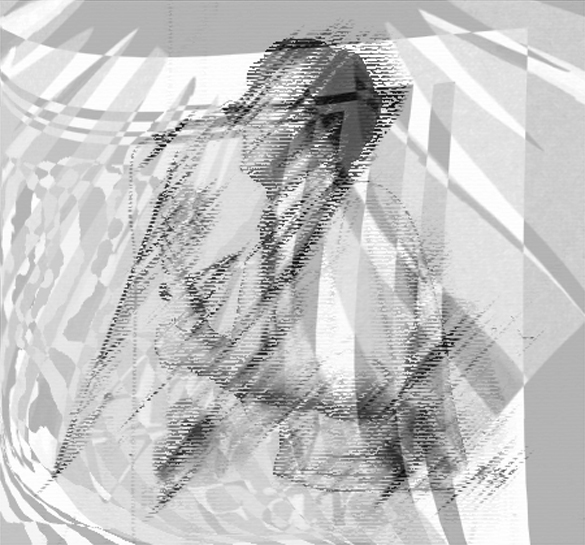 And, by the half-way point in the show, it did. After some early set bubblings of energy, Frontman Will Sheff let all the air out of the Jefferson with the moving, six minute ballad, “A Girl in Port.” The slide guitar set the mood for the story of Cindy and a musician whose “not the lady-killing sort.” Sheff’s sincere stage demeanor gave the song a fresh vitality, and the song’s late-arriving, truly mournful trumpet dispelled my early-show stupor, buttering up my awareness for the next part of the show.

The other five members of the band left the stage, leaving just the frontman, who was taking off his white blazer (part of an all-white outfit he described as “professor on vacation”), asked if we were ready for some “quiet” songs. We all should have nodded somberly in unison, but we did what crowds do at concerts and yelled for more like the next song would forever cure us of desire—and it almost did. Standing by himself on stage with just an acoustic guitar, Sheff sang two crushingly sad songs (“A Stone,” and “This idiot reviewer forgot his notebook”) during which the levees in my tear ducts just barely held, though the same could not be said for someone immediately to the right of me. She sobbed (to the beat, impressively) into her friend’s shoulder, barely able to stand, almost completely overwhelmed.

Sheff introduced a lot of his songs by setting the scene of his imagination, saying something like, “I picture a very rocky shoreline somewhere in the northeastern United States…,” which gave me the feeling that he was inviting us into his creative process. He sets the scene, animating just a portion of the world he’s trying to create, before the music and lyrics bring the emotional landscape more and more into focus as the song unfolds. Witnessing this on the Jefferson’s stage was easily one of the most involving concert-going experiences I’ve ever had. Some of my friends insist that live music is the most intimate and direct way to bring together artist and audience, and I would have to assert that an Okkervil show is strong evidence to that point.

After closing with vigorous rendition of “Our Life Is Not a Movie or Maybe,” they came back on for a three song encore. Mirroring the main set, the coda to the evening moved from sobering quiet to a Stage Names crescendo. Sheff lost himself in every song that night, but “Unless It Kicks” showed how far out into it he could go go. The song asks, “What gives this mess some grace / Unless it’s fictions / Unless it’s licks, man?” and affirms with its own enthusiasm that the rhetorical nature of the question. After the last round of vocals in the song (Trying not to believe in the light on your own / La, la, la, la, oh, oh, oh, oh), Sheff threw his microphone across the stage, grabbed hold of two band mates and, drunk on the energy he had milked out of our little town, staggered offstage, out of view.