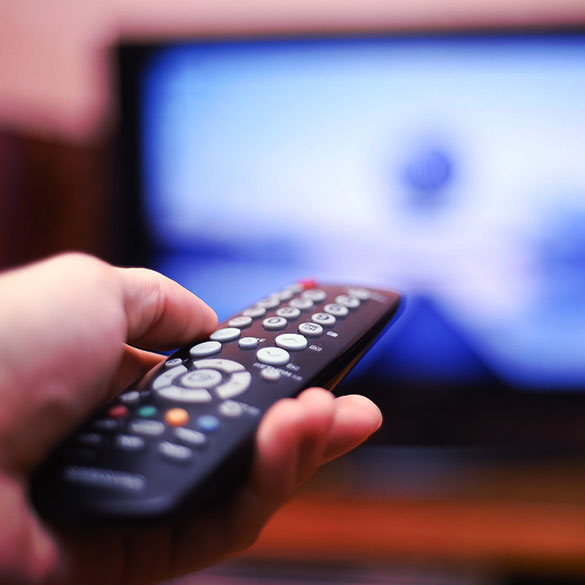 Life is hard with twenty shows to watch.

You can’t keep up when things get rough.

favourite characters, write them weak instead of tough,

or ruin a scene that’s meant to be tender

between two characters that truly love each other

and make it violent because selling out the gender

is more important than love between brother and sister.

An actor could turn out a massive dick

and ruin everything with racism newfound,

or worse yet, cancelled pre-finale, all confounded!

Life is hard when your twenty shows have hit a wall;

it’s even harder with nothing left once you’ve watched them all.

with but one sentence across a whole page

acting as a whole poem with silent sage

brief wisdom, I am not one for caveats

about drizzling hurricanes and mismatched

at the sweetest of things in this world’s age.

All these are the most sorry written acts.

I would much prefer to write of women

in love, and all things that for once go well.

and so dreaming of fairytales hidden

in plain sight is not realism’s death-knell

but bravery, in optimistic defenses.

Life is the longest thing I’ll ever do,

and it’s still too short to listen to you,

with your misogynistic, piece of shit

ignorant chat-ups; you don’t have a clue.

Don’t talk to me you stupid, sexist fuck;

I can’t help think that you’re a massive schmuck.

and hound them on the street to suck your cock.

You’re not funny with your anti-gay talk

or your rape jokes behind us while we walk.

with that “chivalry;” I can’t help but baulk.

Life is the longest thing I’ll ever do,

and it’s still too short to listen to you.

Audrey El-Osta is a Melbourne based writer studying Linguistics and Psychology at Monash University. A collector of cookbooks, listener of audiobooks and reader of poetry, she lives with four cats and three humans that don’t quite measure up. Her work explores themes of femininity, sexuality and womanhood, mental illness, comedy and linguistic identity.