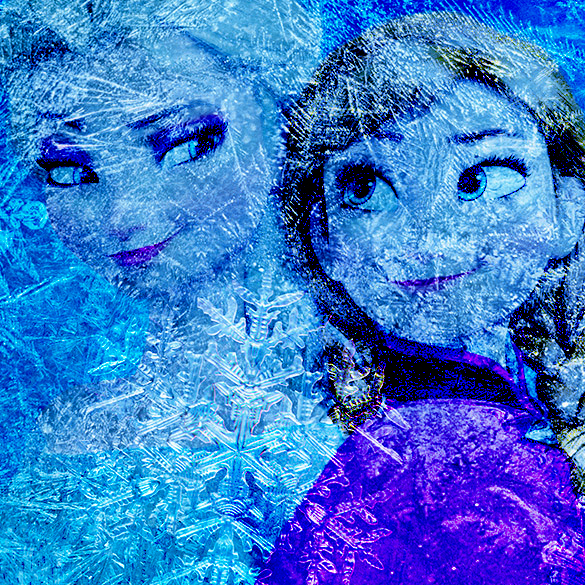 Much has been said of Disney’s new breed of heroine, the very first exponent of which was Merida in the animated film, Brave. Next in line is Frozen – a snow-covered tail of not one but two headstrong heroines who face the vicissitudes of life in very different ways. If Brave seemed to cut ties with all things ‘Disney Princess’, doing away with Prince Charming in order to emphasize qualities like independence and heroism, Frozen takes it a step further, delving into universal ideals like family, love and sacrifice.

The depth of this film can be traced back to its original inspiration: The Snow Queen, by Hans Christian Andersen, a bleak, harsh and sometimes violent foray into the essence of friendship and love. The tale begins with a magic mirror that does not reflect good but rather, magnifies all that is evil in the world. One day, while the owners of this mirror (the devil and his followers) are at play, they drop the mirror onto the earth and it shatters into countless splinters, some of which are smaller than a grain of sand. The splinters are blown by the wind into the eyes of unfortunate souls, freezing their hearts so that they can see only what is vile and ugly in others and in the world.

The protagonists of The Snow Queen are Kai and Gerda – two little children who are friends and who form an unbreakable bond as they tend to their adjoining window box gardens. When a malignant splinter enters into the eye of the little boy, Kai, he turns cold and is swept away by the possessive Snow Queen. His friend, Gerda, goes into the wild to find him, facing violent situations (including being kidnapped and having to sleep next to a girl who hides a knife beneath her pillow) and risking life and limb to warm Kai to her way of thinking. In the end, the tears that flow from her eyes when she sees what has become of her friend dislodge the splinter from his eye, and the two are reunited, returning to their home in the summer time.

The Snow Queen may seem like a fairytale, yet it is wrought with tension and adrenalin-charged situations. The reader is forced to face difficult issues such as crime, possessiveness, sacrifice and even addiction to another being. So rich is this tale that it has not failed to resonate in the work of artists of many generations, with visionary adaptations bringing the story into contemporary times. One version, published in the collection The Rose and the Beast: Fairy Tales Retold, by Francesca Lia Block, is called Ice. The protagonists are 21st-century teen urbanites, while the Queen herself is but a metaphor for heroin addiction. The aim is to borrow the fundamental tenets of the story to relate the importance of support, belief and friendship for the youth of today, whose greatest challenges include addiction to painkillers, hard drugs and alcohol, as well as a hardened attitude to world suffering and a lack of belief in the power of change.

In Disney’s Frozen, the audience is introduced to a world that wields both the darkness of Hans Christian Andersen and the almost ‘unbearable lightness’ of the Disney Princess world, where characters spontaneously burst into song, though thankfully, they possess voices such as that of the inimitable Idina Menzel, the voice of the Snow Queen. The film is at once a feminist manifesto (i.e. sisterly love comes before romantic love) and a deeply romantic story, espousing the value of slow-growing sentiment based on truly knowing, understanding and complementing one’s other half, rather than on the typical Disney princess ‘love at first sight’ scenario. The film also fails from falling into the moralist trap, by refusing to side with one sister completely during their temporary ‘break’ from each other. Rather, circumstances prove that a willful, spontaneous spirit can both save the world and destroy a kingdom, while an overly cautious and fearful can also cause untold harm. The sister called Elsa (who grows up to be the Snow Queen) is reminiscent of King Lear’s daughter, Cordelia, who faces life with the mirror of reason in her hand; her sister, Anna, is all emotion, like a modern-day Anne of Green Gables.

One can find various literary references and influences in this film, one of which is Dostoyevsky himself, who delved into the natural human attraction for suffering in novels such as Crime and Punishment. In this sense, Frozen is almost a post-feminist film, placing sacrifice above female independence and love over power, in this new breed of Princess. It is hard not to be swept away in the beauty, emotion and profundity of this below-zero world, whose characters will warm your heart, sometimes so much, it may be difficult to hold back your tears.