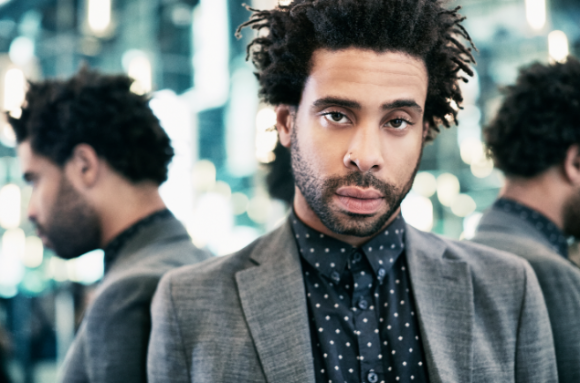 Meet Myke Terry, former lead singer of heavy metal band, Bury Your Dead. Myke. Since leaving the band, Terry has transformed his sound from heavy metal to a combination of funk and electronica after growing up listening to soul music. Read more about Myke and his transformation in the following interview and be sure to check out his debut solo EP, Red Handed, out soon!

Myke Terry: I was born into a musical family in Richmond, Virginia. I grew up playing and singing in bands. It wasn’t until at the end of my first successful self-booked tour that I realized that I might be able to support myself doing what I’m passionate for that I really began to pursue music fulltime.

MT: I would characterize it as its own entity. It’s an amalgamation of sounds from the Motown/funk eras and modern day electronica.

MT: The album is called  “Redhanded” and it’s my first release as a solo artist.

MT: I’d like to communicate to everyone that it’s all right to let go every now and then. Have some fun and be free! My music to me means that it’s okay to be different and think for you. No matter how bad things look around you, keep on holding on. It’ll pay off in the end.

MT: I’m only just getting started and it’s already looking to be a pretty crazy year. Currently, I’m working on a video for the first single, “Redhanded”, preparing for the album release, and beginning to book tour dates for early 2015.

For more info on Myke Terry, visit his