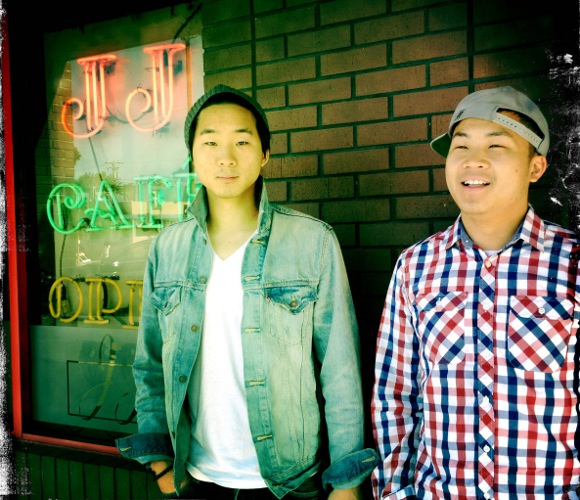 The Fung Brothers Comedy make a lot of Youtube videos with an Asian-related topic told from a strictly Asian point-of-view. In a recent video, the Fung Brothers explain why: The Fung Brothers make so many “Asian” videos because according to them, no one else is going to start the conversation surrounding issues in the Asian American community (e.g. invisibility in mainstream American culture).

As a result, the Fung Brothers preface a lot of their videos with “Asian American Guys [do this]…” For example, before the NBA season started, the Fung Brothers released a video titled “Asian Guys Talk About the NBA (2014-2015 Season Preview).” Many take issue with this because the NBA isn’t an Asian-specific topic—anyone can freely express his or her opinions about the league and sport. They believe that the video should simply be “2014-2015 NBA Season Preview.”

Taking a look at another Fung Brothers video will answer that question. The Fung Brothers’ most popular video is titled, “18 Types of Asian Girls.” Released on July 22, 2014, it has more than five million views and counting, three million more than their next most popular video. If the Fung Brothers are trying to dispel stereotypes, then why are they perpetuating more stereotypes or placing all Asian girls into 18 set categories? For many viewers, the 18 types were seen as a positive because Asian females have historically been only placed into two categories: the Dragon Lady and China Doll stereotypes created by the white patriarchy. “People think that Asian girls are all the same. They do!” Thus, this video challenged those stereotypes and puts the power into the Asian American to define him/herself (The Fung Brothers brought in an Asian female for the video): “The truth is, there are many different types of Asian girls—yea about 18. But to full complete each comprehensive profile of Asian girls, we’ve brought in Asian-girl expert, Porter Lynn. Don’t worry guys, I’ve been an Asian girl for over 20 years, and I have the reports and analysis right here.”

Because of that, the completely made up types of Asian girls (“Using the patented, scientific method of ‘making things up,’ we present to you today, ‘18 Types of Asian Girls!’”) actually have some truth to them: girls have shared the video exclaiming how accurate it is. Others have proclaimed that it applies to all girls, not just Asian girls, which is another reason why the video is so popular.

By juxtaposing vocabulary reserved for scholars (“patented, scientific, expert, reports, analysis”) with a sarcastic tone, the Fung Brothers might have meant this video as a satire, but nevertheless, the Fung Brothers are starting a conversation about race and ethnicity in America, something people in this country are too afraid of doing because they don’t want to come off as racist in a so-called post racial world.

Prefacing the video with “Asian American Guys…” shows the latter: the video aims to show viewers that Asian Americans have other interests outside of what people think. The Fung Brothers have to preface the video with their popular catchphrase because the truth is we are not in a post-racial world. Their videos expose viewers to various aspects of Asian American culture, from food to identity, that audiences wouldn’t be able to get anywhere else.

While the idea of a colorblind society is ideal and the average everyday American isn’t openly racist[1], there are still many structural problems within American that perpetuate preexisting ideas about race and prevent minorities from succeeding. A colorblind society means that people stop seeing inequality. They stop seeing it as a problem that needs fixing. For example, in America, cops detain blacks and claim that the reason for it was not racial, but the data and news reports show otherwise. This is why we need people like the Fung Brothers to correct our vision and bring race consciousness into our minds to combat racial ambivalence, which is tolerating diversity without actually supporting it. [2]