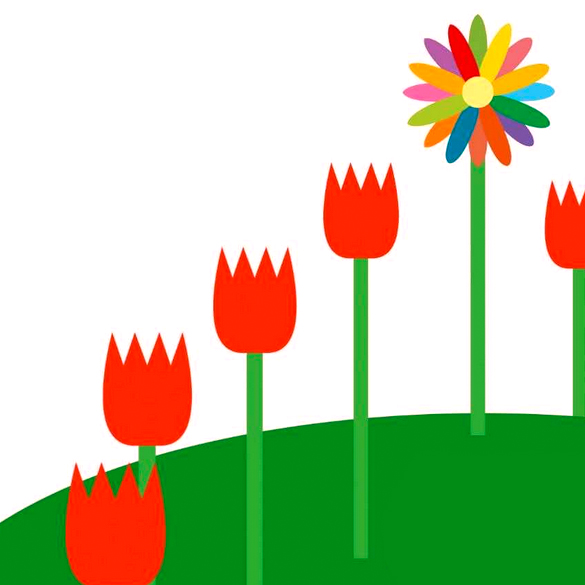 The Misfit Christian – Empowering the Believers and Seekers Who Don’t Fit Into Contemporary Church, by Carolyn Henderson (2014)

“Grace is what Christianity is all about.

We mess up. Constantly. Consistently. On a moment by moment basis. We may do really well for an hour or so, and just as we’re tempted to bask in our ‘spirituality,’ the idiot in front of us on the highway cuts us off, and the first thought in our mind is not, ‘God Bless Him.”

Yes, avoiding sin is a good goal, but denying that it exists in our lives is a losing proposition. Every time we sin, every time we mess up, is a good opportunity to come before the Master and say, “I’m not perfect; You are. Remind me of this when I demand perfection in others.

While sinless perfection is a nice goal to shoot for, and while the Christian life realistically should be accompanied by some improvement of lifestyle, thinking that we can actually be sinless – and most certainly expecting others to be so – is not what Christianity is all about.” (49) 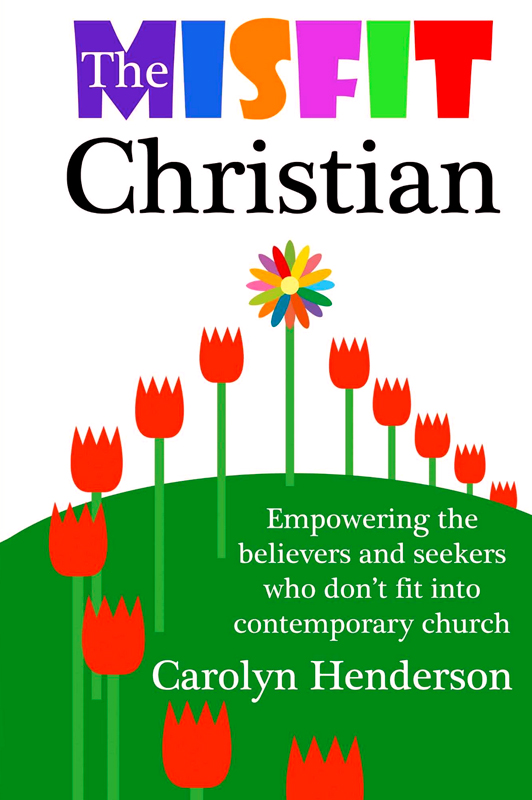 Carolyn Henderson has published in book form a series of almost 50 short think pieces, laced with humor, irreverent insight, exasperation, spirituality and hope, often uniquely from a woman’s perspective. She seeks to explore how one can be a 21st century Christian, avoid hypocrisy and instead be an independent thinker, all while operating outside of the structure and culture of institutional churches. She writes “for the misnamed misfits of the Christian world, the independent thinkers who question what they hear, and don’t want to do everything that they are told.” (5) To this end she divides her book into seven loosely associated sections which contain provocative independent essays found within the general topic.

She begins with how church culture and structure can be a barrier to true Christianity. As one example, here she thoughtfully lists the Apostle Paul’s enumeration of the traits of a true Christian found in Romans 12:9-21, such as hate evil, cling to the good, be hospitable, mourn with those who mourn, rejoice with the rejoicing, and leave judgment up to God. The author then notes in wry comparison the easy alternative of much of contemporary Christianity which substitutes mere trappings of cultural religion, such as reading only Christian literature, listening only to Christian music, and seeking to dominate and judge unbelievers. This is not the way of Christ, she notes. (12-13) She is very big on not judging your neighbor as part of the Christian lifestyle.

Among misguided ideas, or so-called Christian myths that need to be abandoned, she identifies the prosperity gospel and the claim that America is a Christian nation. As for the money, power, and fame goals of the “name it and claim it” gospel, she asserts that “God doesn’t play that game.” In thoughtful contrast, the author notes that the Jehovah of the Bible asserts: “Let not the wise man boast of his wisdom or the strong man boast of his strength or the rich man boast of his riches, but let him who boasts boast about this: that he understands and knows me, that I am the Lord who exercises kindness, justice, and righteousness on earth, for these I delight.” Jeremiah 9:23-24. She then asks when was the last time a cultural Christian asked God for kindness, justice or righteousness? (42)

As for America the supposed Christian nation, Ms. Henderson notes that she lives in a nation with Christians in it, not in a Christian nation. Importantly, she emphasizes that we cannot worship both God and country. (I would note here that the Fourth of July service in many churches approaches such idolatry and a “my country right or wrong” mentality.) For those who want to go back to our Christian roots in America she points out its “disturbing history of enslaving people, capturing land that belonged to residents who were here first . . . turning a blind eye to questionable business practices” and the many other non-Christian parts of our history. (43)

Her articles often are opportunities for profound meditation on the meaning of Christianity and the Bible. For example, on the subject of overcoming the fears of life she offers the predicament of the prophet Elisha and his terrified servant, which is found in 2 Kings 6:15. There Elisha’s servant awakes one morning to find the city surrounded by troops with one mission, which was to eliminate the prophet who was found on a hit list, and his servant as one “significantly associated with his master.” But the prophet calmly replied that the unseen angelic forces protecting them were more numerous than those troops who wished them harm. The author then urges her reader to understand the lesson being taught – “what we see isn’t what we get, and we as Christians have hope for power, resources, help, and hope from outside of our own sad, pathetic efforts. We don’t have to be solely responsible for solving every problem in our life, but can look to our unseen Father [for help,] and the forces that are with and behind me are greater than the forces that are my enemy/problem/situation/conundrum.” (67-68) This one of many lessons providing food for profitable thought found throughout this work.

Ms. Henderson clearly has no patience with the many false prophets found throughout cultural Christianity who are merely out for the easy money provided by gullible deceived Christians. (98-99, 102-103) Nor is she an advocate of blindly following the teaching of the pastors of local churches, since her family gave up on the local church years ago. Instead, she calls on Christians to be thinkers, accepting no teaching just because some popularizer of a doctrine advocates it. To the contrary, it is the responsibility of each Christian to go to the Bible and make their own determination on matters of doctrine, faith, morals and day-to-day living. (96-97) Here the author may be surprised to learn that her radicalism is really the first principle of the Reformation, which was sola scriptura (only the scriptures), whereby the individual believer judges all issues entirely from the text of the Bible and is not obligated to follow any one else’s teaching on the meaning of a particular passage, be the teaching from Rome, a currently popular speaker on the evangelical circuit or a local pastor.

As a thinking Christian, based upon the scriptures she argues that sexual immorality and what she calls “the big H-word” have been unmercifully applied “as a whip on another person’s back,” in an atmosphere which ignores equally grievous sins, primarily the “greed” found in our materialist society, as well as drunkenness, slander and theft. While the proud Christian often boasts that “I don’t go into brothels,” very few announce “I don’t desire more than having my needs met. I don’t take more cake at the table than I could possibly eat.” (110-12)

This book is an easy read for anyone seeking a kindred spirit who has had it with contemporary Christianity and the institutional church. There is much to agree with found within, and some basis for disagreement. Humor and self-depredation, and even exasperation with the state of cultural Christianity, are effective tools used by the author to raise her banner of reform and change to a more authentic lifestyle in accord with the teachings of Christ.