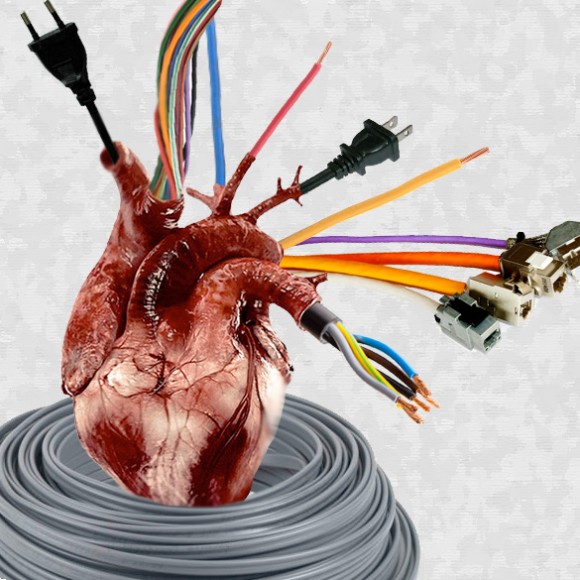 I remember finding his memoirs. His heart was broken like mine. All he wanted was to live, but for him to live, someone had to die. He wanted to pray for tragedy, and so do I. But how wrong are we to put our lives before those who could change this world for the better? How wrong are we to want their happiness, their love, or their heart?

Long, black wires curled around a slender, thin frame. Hollow beeps were the dim lights shining, looking for sun. An IV dripped, tears no longer left unshed, and fingers reached for the blinds, letting the world spill in. Large, gray windows stretched across the small, four-walled room, and cold, white tile bit into flesh, sending chills up the spine. An empty chair was poised beside the hospital chair, but life would not hold this seat. Instead, death crossed her legs and painted her nails for all the time in the world was hers to give or to take away.

“Morning, Glory.” The doctor smiled at this joke. “How are we today?”

“Still beating.” Glory glanced at the heart monitor. “The blood pressure is down again.”

“I see that, but as you know, we can’t give you any more drugs.” He sat in the empty chair, feeling a slight chill. “You’re in your last hours.”

“I don’t care.” Glory was almost on her knees, but she got tangled up in the long, black wires that stretched out of her chest. “I’m barely sixteen. I don’t want to die.”

“I know.” He took her hand in his. “Your parents are signing the paperwork now.” He rose from the chair. “I just wanted to check in on you.” He stepped toward the door. “It’ll be okay, Glory. It’ll be okay.” He quickly left the room.

Glory. Her parents called her a little miracle, their glory. Hence the name, but she was far from victory. At a young age, she was diagnosed with Mitral Valve Prolapse, and around thirteen years old, her condition worsened. She was in gym class and suddenly went into cardiac arrest. If it weren’t for her coach, she would have died right there on the floor, but he saved her life. He gave her another chance. Why? She was going to die anyway, and she nearly pulled a wire from her chest.

The bathroom was in a separate room. She pulled the cylindrical, gray machine toward it. Her black wires were like spider legs, and she was their queen. Her pale, slender fingers flicked on the light, brushing aside the remote for the nurse. She was in no need of using the toilet, but she wanted the mirror. She wanted to see the monstrosity that she had become, so she slowly opened her gown, revealing an ugly long scar that traveled between her breasts. The black wires stretched outward, kissing her skin, and if she were to pull them out, one by one, she would certainly die. Instead, she closed her gown, hugging her arms around her body as best as she could, but she was ready to fall apart. She was ready to cry, scream, or just fall down and never rise again.

Glory was in her last hours. The sun would be setting soon. The doctor would return to do one of two things. He would pull the plug, or he would give her the Tin Man’s heart. Normally, she would be on a transplant list, but as a cruel joke, she possessed a rare blood type. It didn’t matter, if she had the power to kill.

Nobody could save her. No human could give her what she so desperately needed.

The hospital was against it at first. By law, the machines were there to obey, take care of the patients. They were not meant to surrender their parts, but the tin man fell for her. She broke his heart, and he tore his out to save her. But the hospital said no, and she watched him die instead. His heart, however continued to beat, beat strong.

On her behalf, the doctor spoke to the board and finally persuaded them to grant her the tin man’s dying wish. He ran blood test after blood test. He monitored her heart. She was on death’s bed, and they knew it. And the board finally gave in, granting her his heart, but would the procedure happen soon? Or would they both die in vain?

One concern that the hospital and her parents had was what would become of her. What would she be? Human? Machine? She didn’t care. She would be alive. She could live in the world again and not want to harm another soul. She would know love, his love, and she would never be alone. He would be a part of her, and her to him. No, he didn’t die. He was waiting for her to let him in, cut away these damn, black wires, and she would take his heart in hand. If only they would hurry. If only they would hurry because the sun was setting now.

“Where are they?” The machines grew silent. “Please. Please, hurry. Please.” The beeping slowed to a crawl. “I don’t want to die.”

Glory did not want to go back in the bed either. Getting back in the bed meant defeat. She would rather stand, no matter how drained she was. She would stand, and for a long time, she stared at the door. She awaited the stretcher, the nurse, and the doctor, but death merely laughed. She would take Glory instead, but Glory would not go silently. She would scream, fight, and maybe even survive, at least for another moment longer.

“Here we go.” The stretcher erupted into the room. “The operating room is all set.”  Death cursed silently under her breath before leaving a cold chill in her wake. “Let me help you.” The nurse assisted Glory onto the stretcher. She attached the IV to one side of it and the gray cylinder machine to the other. “Are you ready for this?”

“What choice do I have?” Glory lied on her back. “I haven’t seen the world yet. I haven’t tasted life.” The nurse hovered over her, covering her with a white blanket. “At least, one thing will be different.”

“I will finally feel love.” Her parents loved her a great deal, but for most of her life, they treated her with a blend of fear and despair. She only caught a glimpse of their love, knowing that it was still there, but that would change now. Everything would change including her. “I will know his love.”

“The tin man.” The nurse watched Glory nod. “Come on, dear. They’re waiting for you, and your time is about up.” She quickly wheeled Glory out into the hallway, disappearing into a brilliant, white light.