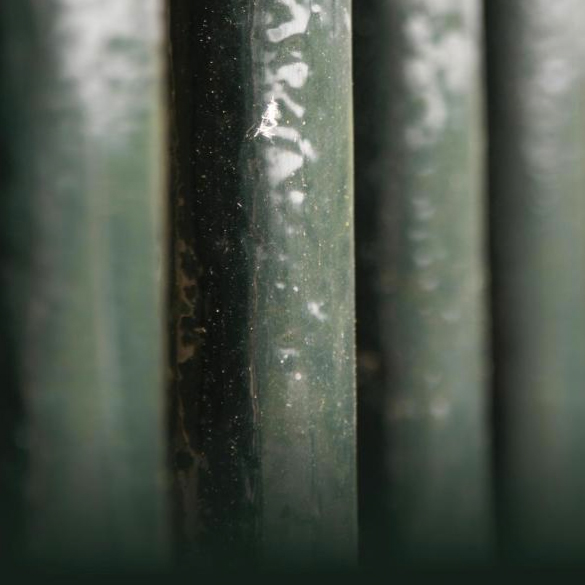 “In the weight room of all places, the hope and despair of the prisoner’s soul are revealed for all to see. These men, like all of us, possess the urge to improve themselves. How they labor and strive to train every single little muscle perfectly! If only this intense focus and energy were invested in education, with brain cells being trained as well as muscles! But this idea has never occurred to those men, and no one has taken the time to convey this thought. How will they ever rise out of their current condition?”

Imitating Alexander Solzhenitsyn’s famous work on the gulag prison system in Soviet Russia, The First Circle, Jens Soering portrays himself in this book as prisoner 179212, serving a life term with no possibility of parole through anything but death. In this short and easy to read narrative he supplies an hour-by-hour survey of daily life in a medium-security prison in Virginia, while also identifying and commenting upon numerous public policy issues relating to the state of the typical prison system in the United States. His chronology of a typical day is enlightening and instructive for any interested citizen but it is only the structure for the greater policy issues which this book raises about the operation of America’s prison-industrial complex.

Here is a slice of his morning schedule:

5:10 AM – In the day room I watch mind numbing TV which has dramatically reduced the number of prison riots nationwide since it first was allowed.

6:00 AM – Eat an insipid, repetitive and boring breakfast in the dining hall costing only 61 cents per day per inmate.

7:00 AM – Stay locked in my cell for one of the four daily counts of all inmates while I dwell on the isolation and loneliness of prison life where eventually all previous personal relationships in the outside world die.

8:00 AM – Leave for work at my job cleaning toilets in the gym, a most undesirable and degrading work environment, because it also includes blood and sperm from homosexual activity.

9:00 AM – Exercise, run seven miles or lift weights to build me up to prevent the repeat of one prior rape attempt in a world where any friendship is likely to be for sexual purposes.

10:00 AM – During a gate break, visit the prison store where a privately operated business overcharges for necessities that were cheaper when the state operated the store.

10:20 AM – Return to the honor building where my cell is located and where most of the lifers like me are housed without any hope for their future and who all wish to die.

11:20 AM – Return to my cell for another lock down body count while I practice my long-term project of self-liberation through meditation in order to contact the Eternal, Good and True.

12:00 PM – Lunch consisting of a pink turkey and soy bologna sandwich, a small slice of ersatz cheese, one lettuce leaf, a cup of diced brown potatoes, half as much spinach and an orange.

But even more vital than the above glimpse of actual prison life in Virginia is the author’s identification of and comments on the moral and policy issues arising from the conditions found in the American prison system today. He asks, why does the U.S. incarcerate so many persons compared to other civilized societies? For example, he asserts that Germany locks up only 96 out of every 100,000 persons, but the U.S. imprisons almost eight times as many, 751 of every 100,000. And the rate for Germany is even higher than the lower average for all of Europe. Are American prisoners more dangerous than Europeans, one might ask, do we criminalize things that the Europeans do not criminalize, or is it all a product of slavery and our racist past? The author notes that while only 12% of the U.S. general population is Black, 68% of all prisoners are Black or Hispanic.

In reply, he frequently addresses the strong current of racism which he believes runs through the entire correctional system. With rehabilitation of convicted criminals being a primary goal of the American prison system, notable throughout this book is the failure of the system to rehabilitate anyone. The author here relies on an alleged recidivism rate of 67.5%, despite citizen demands for improvement in this or other areas. But with 59% of all prisoners thought to be functionally illiterate, the author suggests that unless society chooses to allocate the financial resources to address this educational barrier, this high failure rate will continue.

Theologically, the author questions the religious foundations of the American penal system which he sees as based upon a mistaken Old Testament understanding of an angry vengeful God handing out hard but fair punishment for all sins. He briefly argues in this and more fully in another earlier book of his that this misinterprets the teachings of Jesus Christ who proclaimed a new freedom for prisoners and who himself died hung between two other criminals on a cross. For this reviewer a close reading of the four Gospels found in the Christian New Testament support Mr. Soering’s thesis. The foundation of Christ’s teaching found in Chapter 6 of the Gospel of Luke is mercy and kindness – because the Most High “is kind to the ungrateful and wicked. Be merciful just as your Father is merciful,” Jesus taught.

This is not the vengeful God of the Old Testament. Forgiveness, love of enemies and mercy also permeate the teachings of Jesus which also are found in Chapter 5 of the Gospel of Matthew. Mr. Soering also highlights the prevalence of unaddressed rampant sexual and other violence among the 2.2 million American prisoners. He reports, for example, that according to anonymous surveys 20 percent of all inmates are forced to have sex each year and ten percent are violently raped. In 2003 correctional experts testified at a U.S. Senate hearing that the actual number of such sexual violence cases ranges from 250,000 to 600,000 per year.

In the author’s words–It’s not so much the violence itself that grinds you down but the sense of being in constant peril. You have to watch your back whenever you walk down the housing-unit staircase. You never know when three convicts might suddenly leap past you to pounce on the man directly in front of you and commence beating him to a bloody pulp. You can only be thankful that this time it didn’t happen to you, and then walk past the melee as if you didn’t see anything at all. This is the convict code.

The discussion of the ever increasing use of punitive segregation units, known as “the hole” or solitary confinement, for non-violent prisoners is quite moving in that it appears to lead to psychological breakdown, needless suffering, other inhumanity or suicide. The tactic appears to border on torture and allegedly is invoked arbitrarily without procedural protections for minor rules violations or for no violation at all. For example, in this medium security prison it was imposed for six weeks on the author after a book he had written about his experiences drew some public attention in the media.

This study additionally denounces the exploitation experienced in what the author calls the “brave new world of the private correctional industry.” He contends that the outsourcing of corrections to private industry results in less food for prisoners, less toilet paper, lower wages for employees and more profit for corporations, as bribery paves the way for more corporate profits. In his own prison store, which went private recently, he alleges that shoes are 40% higher in price than if they could be purchased by mail from the same vendor who they are required to use in prison. A single in-state telephone call, that would otherwise cost three dollars, instead costs $8.40. And, since over 25% of all long term inmates by 2025 are expected to be elderly and not dangerous, private corporations providing them health care and housing should feast on the $69,000 per year spent to keep such inmates, which is three times more than the average cost for younger inmates.

Finally, the description of the social structure found within prison walls is thought to be ironic in that it consists of ineffective underpaid “guards” working in harsh working conditions, brutal and strong “convicts” who control and exploit the weak and who also enforce the “convict code” of silence as to crimes committed by one prisoner on another, and “inmates” who try to follow the rules and just survive. Understandably Mr. Soering’s view of the role and conduct of prison guards, who he sees as complicit in an unjust prison social order and frequently guilty of theft and graft, seems biased. This reviewer’s experience for a brief time as an attorney for a correctional officers union is to the contrary. The author is a lifer without the possibility of release or parole. If there is one word to characterize the taste of prison life which he describes, it is “hopelessness.” This cry for help for himself and others similarly situated presents much food for thought on moral, political, social and cultural issues long ignored by the general citizenry at large and it deserves to be widely read and debated.