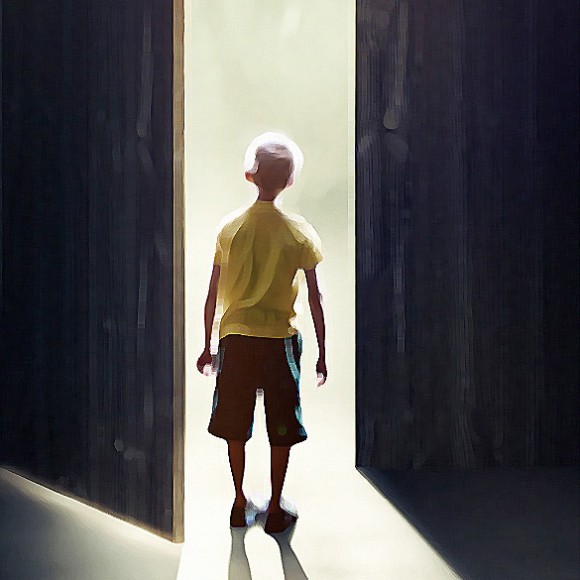 There are those weekends where I just plop on the couch or bed with remote in hand.  The house is quiet.  No one is around to occupy or bother me.  I’m not in the mood to write, so I flip on the tv and cruise through all those mindless channels, looking for something, looking for anything.  Sometimes, I stumble across a true find like “Disconnect” or “Welcome to the Punch.”  Other times, I find nothing, and nothing makes my head hurt.  And then I found the movie, “Heaven is for Real.”

After Colton Burpo’s supposed journey into heaven and back, there was a scene with such argument over how the boy could have gone to heaven, if he had never died.  Did he die?  If he did, why didn’t the doctors just say that? But there was no evidence that he did.  So, how did this child see heaven, if he did not die?  How could his mind have opened that door, or his soul, if still stuck here?  Or is there more at work here than we know of, and we just can’t understand?  And we deny his vision, his mysterious knowledge because he did not die, so therefore, he did not see heaven.

The only thing I know is my own mind.  I’ve had nightmares since I was a kid.  Vicious nightmares.  I value the nights where I do not dream, but somewhere along the road, I’ve come to the decision to grab hold of what my mind thrills and chills me with and harness my dreams into stories.  Some of these stories can be found on Gadfly Online such as “The Parachute Kids,” “Alien Dream,” and “Concrete Dreams.”  There was one story that grew into a novella, which I decided to self-publish through CreateSpace called, “Waken Dream.”  In this dream, I was at a New Years Eve party, and we were all counting down.  But it was the man by the window who caught my attention.  He stared outside as if something awful were about to happen to him, and something did.  He was struck by lightning, and he disappeared.  When I awoke that morning, I wrote the story, so I know how powerful the mind can be.  Yes, it can play tricks on you, sometimes cruel tricks, but other times, it can open a door to imagination and maybe more.

I read this book once about past lives.  The subjects were put into a deep hypnosis, and the doctor instructed them to forget about everything.  Forget who they were.  Go back, back to where they were before they were born.  Who were they?  What year was it?  What were they doing? And the patients spoke of living those lives.  One was a villager carrying water.  Others were people like soldiers and royalty.  They described their eras, their worlds down to their core as if they were really there and those worlds were not lost.  Don’t you ever get a sense of déjà vu, as if you were somewhere before where you’ve never been, but the only key lies somewhere deep within your mind to confirm that? And we just shake off that vibe and continue to live the lives that we’re in because maybe we don’t want to know, or maybe we’re too afraid to know.  We’re afraid to look deeper, to see what truly exists beyond our reach.  This is not what happened to Colton Burpo.

What about a premonition?  Have you ever had a dream where someone died?  What if a few days later, if not that day, they did?  Would you call yourself psychic, or was your mind just trying to warn you to soften the blow?  How could your mind have known, if they had not died yet?  You were just sleeping.  How do you explain that, or that real bad feeling in your gut, knowing that something bad was going to happen?  Do we ever get a good vibe, a good dream?  Wouldn’t it be nice to dream of winning the damn lottery instead?  Maybe this is what happened to Colton Burpo.

These days, we seem to be bombarded by the end of the world, zombies, and angels and demons especially on the CW.  The CW’s Supernatural loves its angels and demons, and it portrays heaven as everyone’s own personal playground, their finest moments.  How do they know what heaven is?  Did one of the writers, if not all of them, have a glimpse at heaven, or is this how they want heaven to be?  Is heaven like the Nina Barnes portrait, where seagulls fly over crashing waves and storm clouds gather, not of a coming storm but of a storm that had come and gone?  Would this be heaven?  We seem to want to know, and we wonder, if heaven is real, are angels?  And hopefully not like the angels in SyFy’s Dominion.

Maybe, heaven is for real.  For whatever reason, Colton Burpo recanted that story, but does it matter?  There’s enough evidence, especially in today’s world, where we want to know, where we hope to know.  We need something to believe in.  If there is no heaven, does that mean that there are no angels, no God?  If that were true, then why are we here? But I feel that this strays from the point that I’m trying to make.  The point is that we do not need to die to find the answers.  I feel that Jalaluddin Rumi said it best when he said, “I then looked into my heart and it was there where He dwelled that I saw Him; He was nowhere else to be found.”