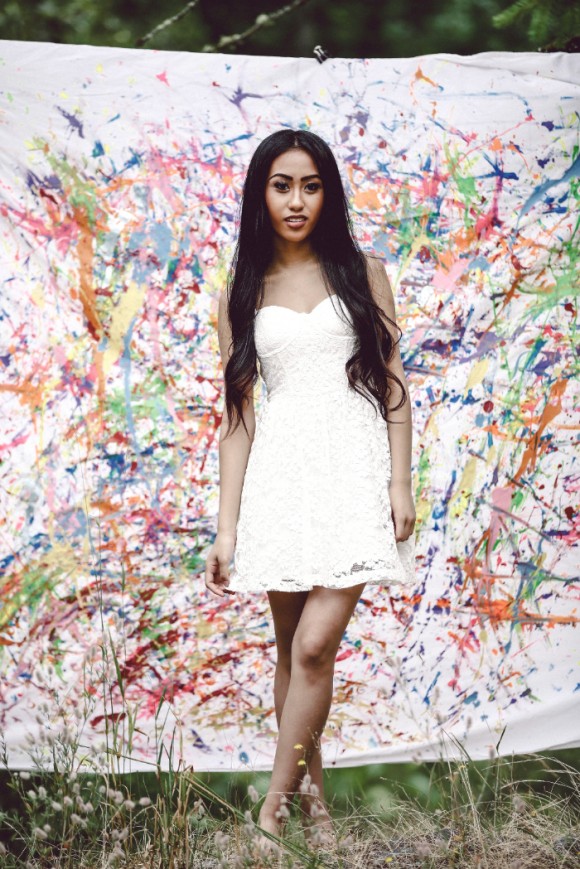 Jessica Domingo has a large following despite never competing on a nationally broadcasted show like America Idol, a popular path for many artists (like formerly featured artist, Paul McDonald). Instead, she has diverged on a different path that many artists today have taken instead of the now out-of-date television series. Posting her first covers on Youtube in 2011, Domingo has now reached more than two million people, thanks in large part to a Frank Ocean cover you can watch here. In addition, her channel regularly reaches more than 40,000 subscribers. After releasing her first full-length debut album last year, Domingo is set to release another one out this month. Continue reading to learn more about Domingo and her upcoming album, Masterpeice.

Jessica Domingo: I was born and raised in Seattle, Washington. I always sang when I was young but didn’t do anything with my voice until I posted my first cover in 2011—being only 15 years old led to discovering my own sound. I posted a few videos here and there after receiving a bunch of feedback. It was an experimental process for me because I just sang songs I liked and it unexpectedly drew a crowd. Then from continuously being around YouTube, I decided to write my own music. In 2014, I finally released my full-length debut album, Just Vibe and even created my own music videos. The support my fans have given me as I’ve grown as an artist, was the reason I wanted to pursue a career in music, and I’m truly thankful for that.

JD: I would characterize my music as Indie-R&B/Folk/Acoustic/Pop/Alternative.

JD: I will be releasing my debut EP next month titled, Masterpiece. It’s probably the most pop I’ve ever done before; a lot of the songs were a little different (in a good way) because I was able to step out of my comfort zone in the booth. Masterpiece is an inspiring album that many will be able to relate to. The experience working with Mikal Blue has been a blast, and I am excited about the release!

JD: I hope that my listeners feel a sense of inspiration through my music. Simply receiving support about the affect people have when listening to my music is the greatest feeling ever and gives me the drive to keep at it.

JD: I will be posting more YouTube videos soon and will be heading down to San Diego to start a new record.

My music is geared towards anyone; I feel like people should listen to my music simply to get inspired and to understand feelings that we all could relate to. There are different messages portrayed in my songs and “Masterpiece” happens to be the most uplifting. I hope when people listen to it, they get a sense of positivity and motivation.

For more information about Jessica, visit her